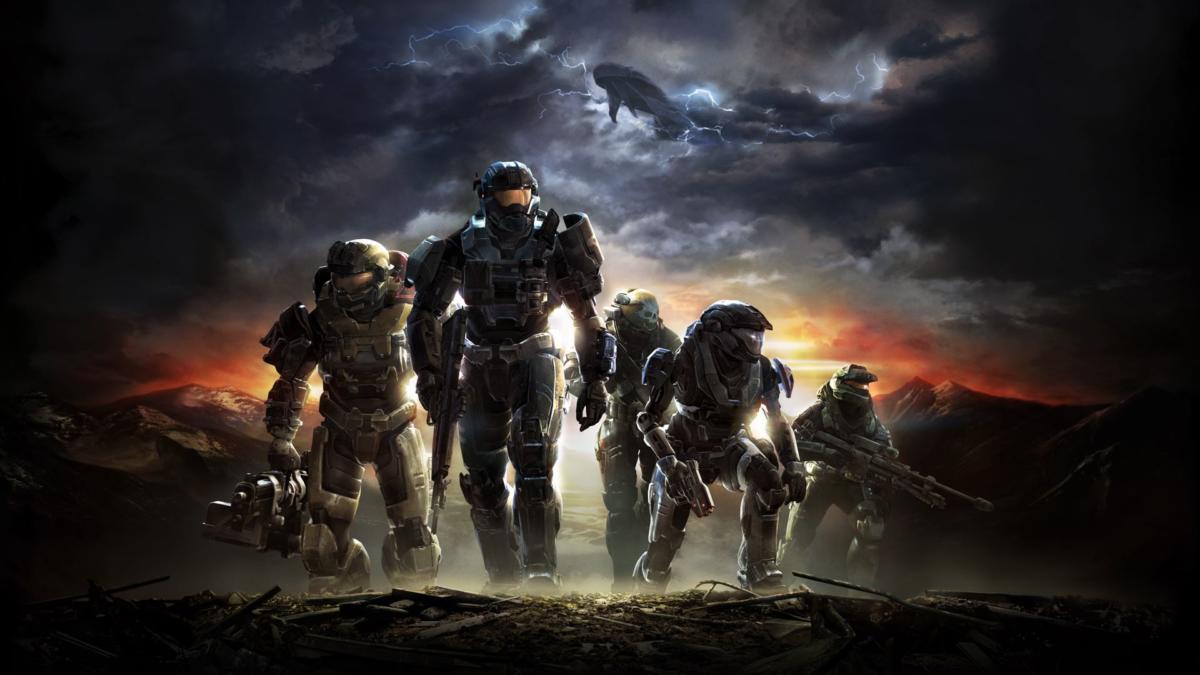 I can’t remember what spurred the decision to replay through each of the Halo games, but it was a novel idea, especially since I wrapped them all up just as the announcement for Halo Infinite came out. I’ve always been a huge fan of the series and thought that the main entries were wonderful games, but find myself discussing the spin-offs more. So, since Halo: Reach celebrated its 8th birthday last month, now felt like the best time to discuss why this entry may outshine its predecessors.

Coming in as the sixth entry in the franchise, this title is actually a prequel story to the classic tale. It’s set on the human world of Reach, a doomed planet that was one of Earth’s last strategic military outposts, whose desolation by glassing dealt quite the blow to UNSC forces, but also gave some motivation for the rest of the human race to fight harder. The story follows Noble squad as they try to save their home, with the player taking control of the mysterious new transfer, Noble Six. The team feels like a well-oiled unit and most missions focus on Six interacting with a different member of the squad, giving all of them more characterization and making some of their deaths a bit harder on the old feelings as the slaughter progresses.

I enjoyed the story tremendously, only yearning for more time with these new Spartan brothers and sisters. I felt so connected to Carter and Jorge, but knew nothing about Jun and Emile. Kat is the best character though, with the writers trying to give interesting characteristics to the ensemble cast, like her having a robotic arm, but don’t get too attached to anyone, even Noble Six. The game starts by foreshadowing this in a cool way, so it isn’t hard to guess what happens. I knew that already though because of friends who had read the book, The Fall of Reach. Bungie knew the hardcore fans would go into this realizing the fight was futile, but I think that added something cool.

The story is dark, with its only hopeful moment being that tie-in to the first Halo game, but it also might be the best story and character moments from any of the games the franchise has produced. I know that sounds like a bold claim, but having played all of them recently, most of the good Halo stories are disliked or so ambitious they get confusing. Reach is helped a lot by its music, these incredibly sombre tunes and melodic overtures that keep the tone present while establishing a clear mood. Even the action heavy music feels urgent and fleeting, almost uneasy in some parts, like there is never enough time and no escape. The visuals are beautiful with some stunning backgrounds and bold colors. The planetary settings and amount of detail in some locations make Reach feel alien, but also like home—lived in and worth defending. I heard someone call this game “The Alamo in space” back when it came out, and that seems so appropriate.

The excellent cutscenes are visually remarkable, even now, and they do the story a service, even if most of the important bits are relayed with in-game dialogue. Bungie’s attempt to establish the mood for their game started early with their marketing campaign. The team had a huge budget for advertising and opted to do a series of live action commercials. All of these were so good, in fact, that they won several industry awards for them, but the two that stood out the most focused on the creation of a Spartan and the people who lived their everyday lives on the planet, proclaiming: Remember Reach. The truly epic moments of these missions are memorable, but with the background and marketing campaign coming in so well, they also feel more important, like every mission counts.

The story isn’t the only thing that plays into the original Halo title though, as the gameplay itself was an attempt to resemble that initial experience more, even down to how some of the weapons handled. Combat wasn’t so much ‘evolved’ as it took a step back to try and remember what worked, and in that sense I found the controls and firefights to be solid. A few new weapons appear of course, as well as an expanded system for the equipment power-ups, however I almost exclusively used the Drop Shield unless required to do otherwise, but I do have to admit that the Jetpack could be a lot of fun too.

The vehicle sections stood out more in Reach than previous titles. They feel more integrated into the story and give a sense of freedom in most spots. The only section I didn’t like in this is with the Hornet flying around rescuing groups of marines, which can be quite annoying with the controls and has the worst pacing out of any of the levels. Any issues I had with that though were made up for by the space combat missions, where the player takes control of a small fighter and must defend an area by engaging in dogfights. The controls are also tight here and the kills are satisfying, making me feel like an expert pilot. I’ve read in a couple of places that they brought in a specialist to work on this part, supposedly one of the people that developed the Crimson Skies game, which makes sense why it feels so good if true. Now the question is: why can’t they do something like this for the multiplayer?

I put a good bit of time in the multiplayer back when this game was new and remember enjoying it. This time around I just walked through a few of the stages, which was still kind of fun, but what took up most of my time here was the updated version of Forge. This level creation for the Halo world has always captured my imagination. Even if no one ever saw what I had built, there was so much fun to be had just seeing what I could do. When I did get some friends over to try out my creations, all of that time spent felt completely worth it. I wish more games had modes like this.

Bungie’s final outing in the Halo franchise stacked up quite nicely, with a single-player that is worth replaying and other additions that made it feel like a deep worthwhile experience, especially for the time. It isn’t the entry that has claimed the most hours of my life, but Halo: Reach is certainly the one that grabbed me the quickest, and is the most interested I’ve been in the lore since the first game. Mind you, I also liked Halo 3: ODST for what it did, but in both cases the atmosphere and attention to story made the titles stand out. Reach is honestly one of the easiest entries to go back and play, so it is usually top on my recommendations for the series.