Resident Evil Village: Where To Find The Antique Coin 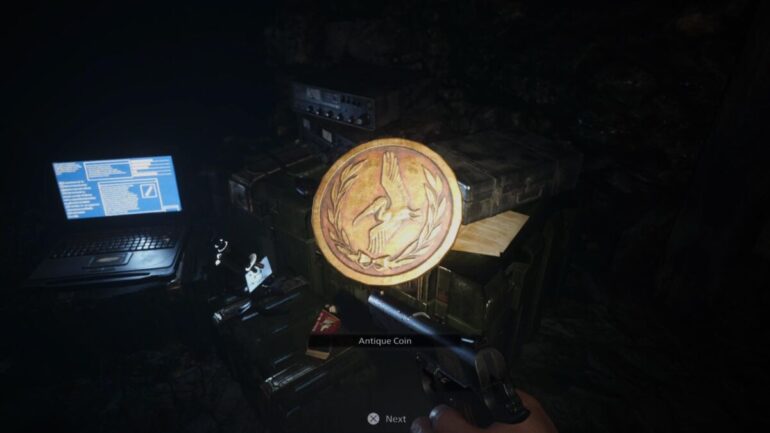 Compared to its appearance in the seventh game though, there’s only one Antique Coin to find in Village. You will first need to defeat Moreau and get the Crank before you can get the Antique Coin in village.

Go back to the hub where Duke resides in the village and then travel west until you arrive at a raised bridge. Insert the crank and lower the bridge.

Cross the bridge and then get in the boat, taking it downriver until you arrive at another dock. Jump off and then travel north until you walk into a cave.

Carry along the path until you arrive at an illuminated spot where you can also pick up a shotgun attachment and read some more background lore. The Antique Coin is sat on top of a makeshift desk of sorts.

Take the boat back to the Duke and sell it for a not too shabby 8000 Lei. While not as good as treasures like Golden Lady Statue or Dimitrescu’s Necklace, 8000 Lei is still enough to get an upgrade for most of the weapons.

There’s nothing else to do with the Antique Coin as it doesn’t technically “do” anything apart from giving you some other coin, so be sure to sell it whenever you can.

READ NEXT: Resident Evil Village: What Is The Crystal Moreau?