Replicas is bad, y'all. Real bad. 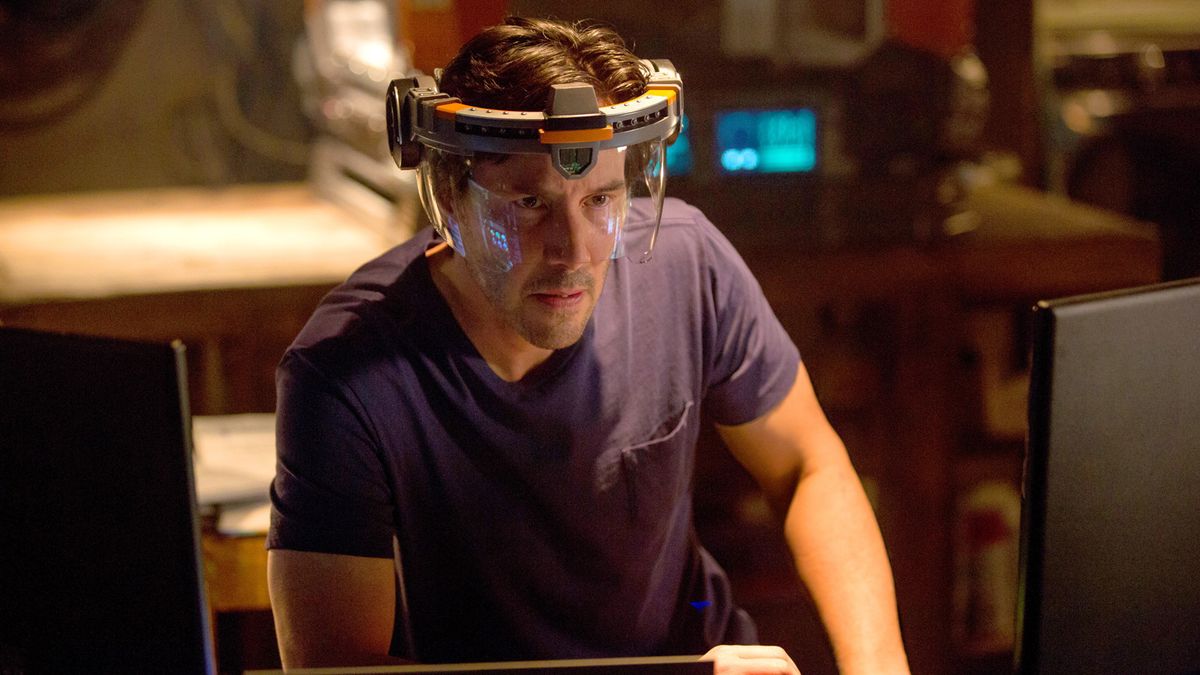 Man has always found a friend or foe in technology. Today’s gadgets and medical breakthroughs can produce tomorrow’s weapons and drug epidemics. Likewise, the magic of the motion picture can easily be stamped out when someone produces a turd-sandwich like Replicas. What could be a Frankenstein-esque tale is hampered by terrible acting, a poor script, and an overall lack of effort.

The film stars Keanu Reeves as Will Foster, a neuroscientist based in Puerto Rico trying to upload the minds of recently deceased soldiers into synthetic robots. While most of his experiments fail, he notices progress with each attempt. During a family outing on a stormy night, Foster endures a car crash which kills his wife and three children. The grieving Foster recruits Ed – a fellow scientist played by Thomas Middleditch – to clone the bodies of his loved ones while Foster transfers their memories over to their new brains (don’t worry, there’s plenty of incoherent babble in this one). Ed warns Foster that his experiment might fail, but in his grief, Foster follows through with the procedure and successfully recreates his wife and two of their children. In time, the side effects of the experiment surface in Fosters’ new and improved family members, and it’s only a matter of time before he is exposed as a mad, and desperate, scientist.

One big problem with this film is that it feels like it’s on a first draft. Lines go all over the place, expository dialogue dulls the senses, and key moments in the storyline don’t happen as soon as they should. Case in point, Foster gets in a car accident which kills his family. Now, in a well-done and well-edited film, the family would be back to life in maybe ten minutes tops. It took damn near thirty minutes before the first clone – his wife – came onto the screen. Up until that point, we had a long chain of events that should have been outtakes. Foster tries to make cover stories for the fact that his family is dead while trying to “imprint a biological brain into a synthetic body” while explaining algorithms and algorithms and algorithms and – you get the idea. For a film that’s 1 hour and 44 minutes, it’s safe to say a good 20 minutes could have been cut. Would it have saved the plot? Probably not, but it would have held us to the end – which it didn’t.

A number of things torpedoed this film, but the main one has to be the performance of it’s star. While watching Replicas wasn’t like watching paint dry, it was certainly like Keanu Reeves’ career dry. His delivery is unbelievable – not kidding. If he isn’t trying to impersonate Liam Neeson (who would have been way better for the role if you ask me), he’s throwing away one line after the next. After his family is wiped out in this car accident, Reeves’ merely whines and grunts through the film as if Taco Bell screwed up his order. He gives us no ups and downs with this character and makes it quite difficult for any audience to project themselves onto his journey. Maybe Reeves was told by the director to come off as stoic and gruff, or maybe he knew this shit-storm was going to tank and he thinking ahead toward the weekend. His performance wasn’t as bad as say Tommy Wiseau or Neil Breen, but it was most definitely in the Nicholas Cage School of Bad Acting.

I knew all hope was lost when I found myself looking at my cell phone more than the screen. The film had 20 minutes to go before the credits but I still left, defeated. I would not call Replicas the worst film of 2019. It’s too early to make that call, but even now, it most definitely has a good shot at being the most forgettable. Until then, I invite you to take the “Sit Through Replicas Without Leaving Before The Credits Challenge,” if you dare.

Verdict
An incoherent script, scientific babble, and Keanu Reeves make the perfect recipe for a cinematic fecal burger.
3
Cultured Vultures is a pop culture website established in 2013 covering all things gaming, movies, and more. We eat your words.
All The News On Your Favourite Games