Ready Player One (2018) REVIEW – A Brilliantly Fun But Shallow Ride 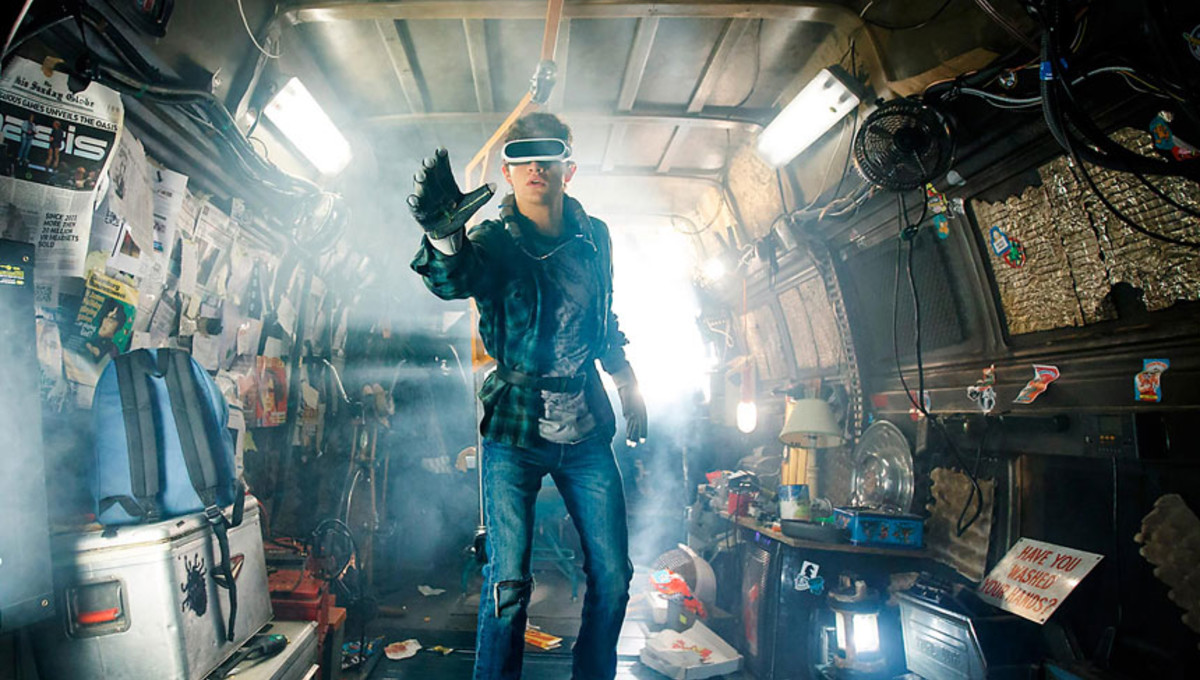 While it’s far from perfect, it’s hard to deny that Spielberg’s adaptation of Ernest Cline’s hugely popular novel is a whole bunch of fun. Whether it’s during one of the film’s many hectic action set-pieces, or during a particular sequence that celebrates horror icons, Ready Player One has a lot going for it.

Set simultaneously in Columbus, Ohio and the fantastical world of the OASIS, the film tells the story of Wade Watts (Tye Sheridan); an 18 year-old who escapes his terrible life of poverty by entering a virtual world where anyone can be anything. Following a slap-dash introduction to the film’s universe narrated by Wade, we’re introduced to James Halliday (Mark Rylance): the creator of the OASIS who, upon death, left an easter egg within the game that grants its finder half a trillion dollars, and complete control of the simulated world.

From here, the hunt begins, and Wade meets with the likes of Art3mis (Olivia Cooke) and Aech (Lena Waithe) to try and solve all the clues before cartoonishly villainous businessman Sorrento (Ben Mendelsohn) can beat them. Anybody familiar with Cline’s book already knows all of this, but even hardcore fans will be surprised at where Steven Spielberg takes the plot as the challenges escalate.

Let’s get this out of the way: I’m not a huge lover of Cline’s book. I appreciate the story and think the pacing is top-notch, but the style of constant references and competitions between peers to see who knows the most 80s pop culture is draining. Now being a film, however, Ready Player One manages to eschew some of the overwhelming pandering and instead offers a decent story with hundreds of references scattered around the edges. There’s still all the favourites people had from the book, but a whole host more that will appeal to a primarily modern audience.

But for Ready Player One to stand the test of time, it needs to pack more of a punch than just references – something it hints at, but ultimately lets fall by the wayside. See, it’s a complete visual masterclass; a film that has so much information in every frame that you have to see it twice to catch even half of everything. But behind the glamour and gaming is a world that feels kind of…hollow. Particularly with the real-world sequences, in which Wade Wilson deals with a terrible aunt and harsh surroundings, there’s little to invest in. Characters are serviceable for the narrative, but don’t provide much beyond archetypal traits. Even the romance between Art3mis and Parzival (Wade’s in-game avatar) feels wholly rushed; something the book actually managed to develop with more nuance.

When Spielberg cranks up the sense of adventure and fun, though, it’s easy to forget about the narrative shortcomings. The OASIS is a truly beautiful world – one that’s rendered in vivid detail, and absolutely filled to the brim with fun references that anybody would enjoy. Halliday’s challenges are brilliantly translated from the novel, and an opening race – packed with Doloreans and monster trucks – is genuinely great to experience. There’s even a handful of emotional moments between Halliday and his business partner Ogden Morrow (Simon Pegg) which flesh out what are otherwise fairly cookie-cutter characters.

For most, Ready Player One will suffice as a nostalgic celebration of everything nerdy, with a heaping of Spielberg goodness to boot. If you hated the novel, though, or want something with a little depth, then looking elsewhere could be more beneficial. I certainly didn’t hate it, but once you scratch away at the allure of the visuals, there’s not much left beneath.

Verdict
While it won't blow you away with its plot, Ready Player One delivers enough fun and adventure to more than justify the price of admission.
7.5
Cultured Vultures is a pop culture website established in 2013 covering all things gaming, movies, and more. We eat your words.
All The News On The Biggest Games