The Reader’s Guide to the World of Andrez Bergen 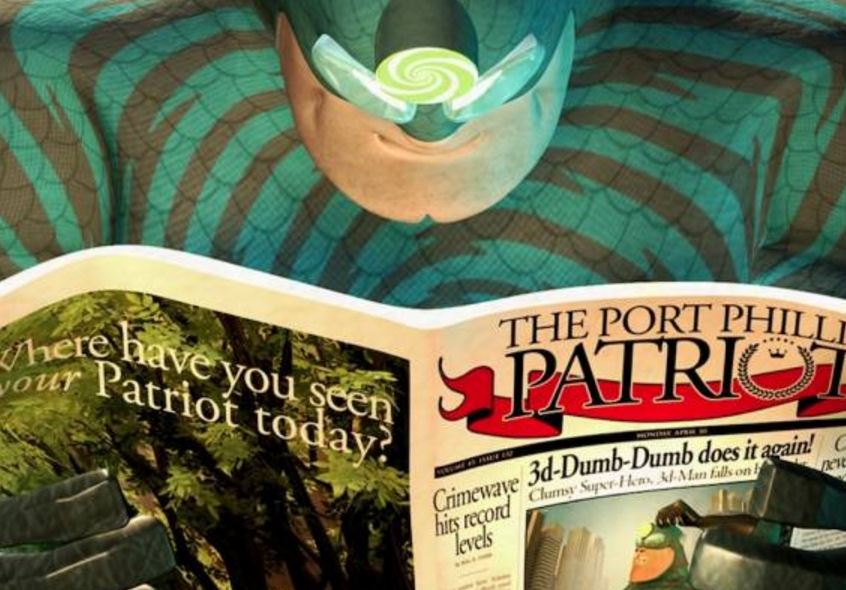 Back in 2013 I had my third novel Who is Killing the Great Capes of Heropa?  reviewed by a new writer for a respected science fiction and fantasy website.

Let’s call him “H”. I’m fairly certain H hasn’t read any of my books since, and it was clear he hadn’t read the two that preceded Heropa, but that’s fine – all my novels are intended as individual tales that ought to stand well and truly alone, without the crutch of others.

H gave the book three stars out of five. While he seemed to enjoy the ride, H defined one major failing thus: “The narrative loses focus and misses out on key world-building elements, which could have elevated Who is Killing the Great Capes of Heropa? to the status of a genre-defiant hallmark.”

I’m not here to whine about “unfair” critiques, which this wasn’t, but I found the comment a little odd at the time – more so now, admittedly – since my seven novels (since 2011) have interconnected and been part of a world-building process H could not perceive. Still, that’s what reviews, feedback and constructive criticism are important for: placing one’s head outside the creative space, to witness what, in this case, the casual reader’s verdict might be.

You see, those seven novels, and several comic book series on the side – while intended as standalones – have threads running between them. Part of that is intentional, a form of subversive Easter-egging for readers who’ve pushed through the back-catalogue. The people I love, in other words; shoot me. Doing so (the links, not any gunplay) is my way of furthering an overall story arc.

For example, Who is Killing the Great Capes of Heropa? is set over the same time-frame as the early parts of Tobacco-Stained Mountain Goat  – which is itself set in the near-future. Bullet Gal takes place four years before that, Heropa time. Depth Charging Ice Planet Goth  is a year before Bullet Gal, yet firmly placed in the 1980s in a surreal doppelganger for Melbourne that’s called Nede (and pronounced “Needy”).

The comingling of characters means I can refine their definition – perhaps none more so than ruthless corporate head Wolram H. Deaps.

He started out as antagonist in my first novel Tobacco-Stained Mountain Goat (2011) but ended up a somewhat likeable protagonist in next book One Hundred Years of Vicissitude  (2012).

His co-star in Vicissitude, Kohana, is revealed to be the grandmother of Laurel Canyon in the comic book version of Tobacco-Stained Mountain Goat I recently put together for IF? Commix and Project-Nerd Publishing.

She further resurfaces for a cameo in Black Sails, Disco Inferno, and in a comic short (‘Get Busy’) that I did with artist Marcos Vergara for the anthology The Tobacco-Stained Sky (2013) – which serves as a missing-link piece between the stories of Tobacco-Stained Mountain Goat and One Hundred Years of Vicissitude.

Meanwhile Bullet Gal’s Mitzi – a.k.a. Mina from Depth Charging Ice Planet Goth (2014) and the Aerialist from Who is Killing the Great Capes Heropa? – is allowed to develop from a shy, depressive schoolgirl to a streetwise, gun-toting vigilante fighting for truth and justice denied the little people, and on into a possible casualty of war.

For the novel I released this month, Black Sails, Disco Inferno (based on a comic series I did with Renee Pickup last year, Trista & Holt), there’s a washed-up gangster named Solomon Brodsky (also a young heister called Sol Brodsky appeared in the Bullet Gal comic published in 2014-15, being novelized and out later this year) and his cranky middle-aged French wife… who might or might not be the femme fatale Brigit from Bullet Gal. The police commissioner is Bob Kahn – the name of a police detective who appeared in Who is Killing the Great Capes of Heropa? and Bullet Gal – and Kohana from Vicissitude, as I mentioned, gets a shoo-in.

On another level, I’ve been quite obsessive about symbolism through all the books. These veer from the Victorian and Japanese meanings of flowers to the spiritual impact of numbers; names, places, room-numbers and cars each pays homage to particular ones in comic books, science fiction and hardboiled noir that I love.

A tea-towel covered in Highland tartans crops up in all my books, along with Coronas del Ritz cigars – the choice of Caspar Gutman in Dashiell Hammett’s The Maltese Falcon. The tragic medieval romance of Tristan and Isolde is a pivotal influence on signs in One Hundred Years of Vicissitude, and it’s the bedrock of Black Sails, Disco Inferno.

Most of all, the cities of Heropa and near-future, last-place-on-Earth Melbourne, undercut the bulk of my work, as does the past fifteen years spent in Tokyo and my passion for old movies, TV, pulp, and detective fiction.

They filter into the current comic books I’m working on such as Magpie and Crash Soirée , and shape the Bullet Gal novel that will be published via Roundfire Fiction in a couple of months.

I grew up relishing the dialogue of Hammett, Ross Macdonald and Raymond Chandler books.

People talk. They grouse and complain and bounce off one another. Their repartee often helps to define who and what these individuals are. It helps indicate mood, feeling, humour. And we’re granted an insight into each individual’s inner psyche, particularly when they aren’t serving as narrator. Speech, for me, can be more powerful that descriptive prose for just these reasons.

Joss Whedon, Matt Fraction and Quentin Tarantino have a knack for such dialogue – and yet H, the reviewer, found such reliance a second negative in Heropa.

“Bergen has a cast of likeable players,” he wrote, “and misses on the opportunity to bring out the pain and depth by relying too much on banter and barbs as the chief crutches for character interaction, which after a while felt insufficient to build a compelling character.”

This is where I beg to differ.

Let H have the world-building inference, but ‘banter and barbs’ are a dual entity that lights my fire.

Chalk that one up to a wee difference of opinion.