5 Reasons You Should Play Stardew Valley 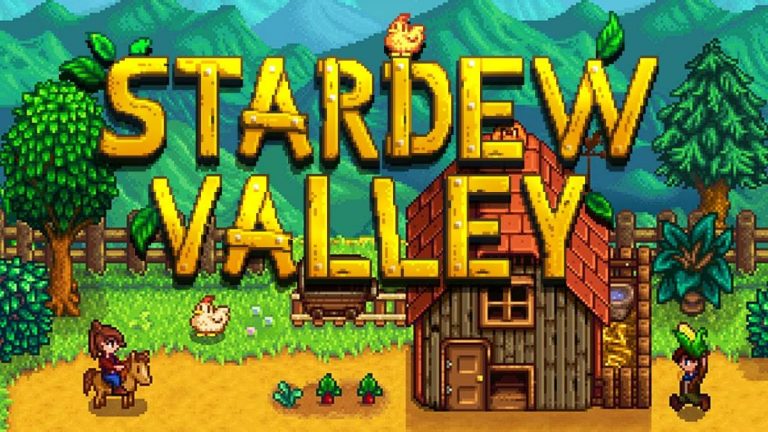 Stardew Valley was released just over a month ago on February the 26th. At its simplest, it is a farming simulation game, but to call it just that is to do the game a great injustice. Having played over 52 hours myself, I have compiled a list of reasons why I have to recommend this game, and why I think you should check it out.

If you like Harvest Moon, then Stardew Valley is simply the best possible Harvest Moon. You have a similar premise, create a farm with crops and animals, and a lot of the features are also same – befriending villagers, and an explorable mine.

This, with a helpful dollop of the Animal Crossing vibe of doing requests for your villagers to make them happy makes for a really solid game. Stardew Valleys takes inspiration from both games, and it does so in the best possible manner, combining the features and general tone of both games seamlessly into one.

The whole premise of Stardew Valley begins with you/your character wanting to escape the dreary day-to-day-life of an office worker, and the game itself encapsulates this feeling so well. Stardew Valley is a slice of life game, where your playtime is divided into days that last at maximum, 15 minutes.

You can only save upon going to bed at night, meaning you do have to play the whole day through, but the game is so easy to pick up, play a day or so, and put down. This kind of playstyle compliments the peaceful farming life. You aren’t rushing to do anything, and are limited in how much you can do in a single day. It works as your own escape from your IRL dreary day-to-day-life.

This, for me, is the best feature by far. I have played through Harvest Moon and Animal Crossing games, and yet neither manage to create villagers with deep, intricate personalities. At first, each will seem like a simple stereotype.

You have the confident jock, the basement dwelling emo, and the meek girl-next-door. But upon giving the villagers various gifts, and talking to them each day, more is revealed about each of them. Every person in the Valley has their own worries and problems, and the game does it’s best to truly bring them to life in a way I did not think to expect.

This might seem small, but good music can really make a game great. Not only does it add to the things I’ve already listed above, but I’ve found that it really makes the game that much more addictive. Too many times, I’ve gone to close the game and move on, but have heard the sweet tune of a new day and allowed myself to play just that little bit more.

The soundtrack has a variety of tunes, each playing at different times and places. Notably is also the game’s use of silence. There isn’t music there all the time, meaning when it does play, it is both noticeable, and also very much not annoyingly repetitive.

5. The Surprises and Story

Lastly comes what there is of a story. Being a slice-of-life, there isn’t a huge story per se, but that doesn’t mean that there isn’t a lot to find. The quests you are given push you to better not just your farm, but encourage you to explore the world. There is a collection aspect within the Community Centre which allows you to unlock further content, and change the lives of the villagers.

Also, there are a number of things that are initially mysterious, but become revealed as you play more. These goals give the game a nice sense of progression, but without the need to rush anything as everything is optional, and other than the odd quest, there are no time limits.