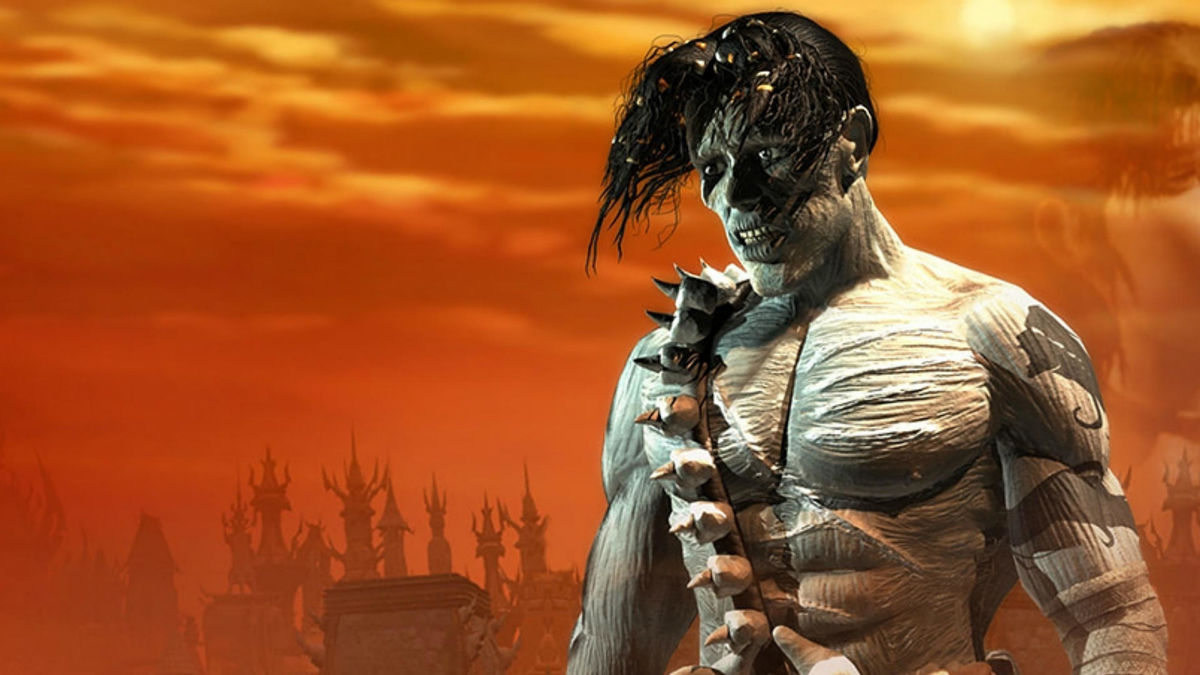 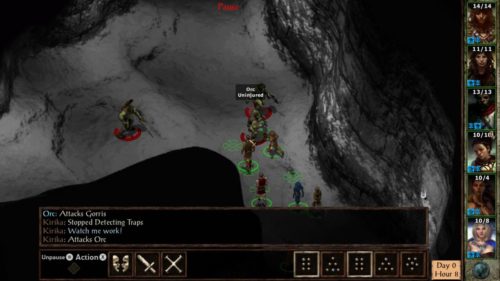 When it comes to discussing classic role-playing games of the late 90s and early 00s, Icewind Dale and Planescape: Torment are two that have to be mentioned as part of the conversation. The two Black Isle Studios games, which are now 20 years old, not only enthralled players at the time but also inspired countless other RPGs in the years to come. Planescape: Torment, in particular, is held on a par with Baldur’s Gate, another classic Dungeons & Dragons property.

Thanks to the work of Beamdog, who recently remade several important RPGs for PC, both games are now available on home consoles in the form of the Nintendo Switch, PlayStation 4, and Xbox One for the very first time. The fact that they are bundled together in one pack also means that there’s a whole lot of content to play through, perfect for those who love to get invested in their games and spend countless hours within virtual worlds. 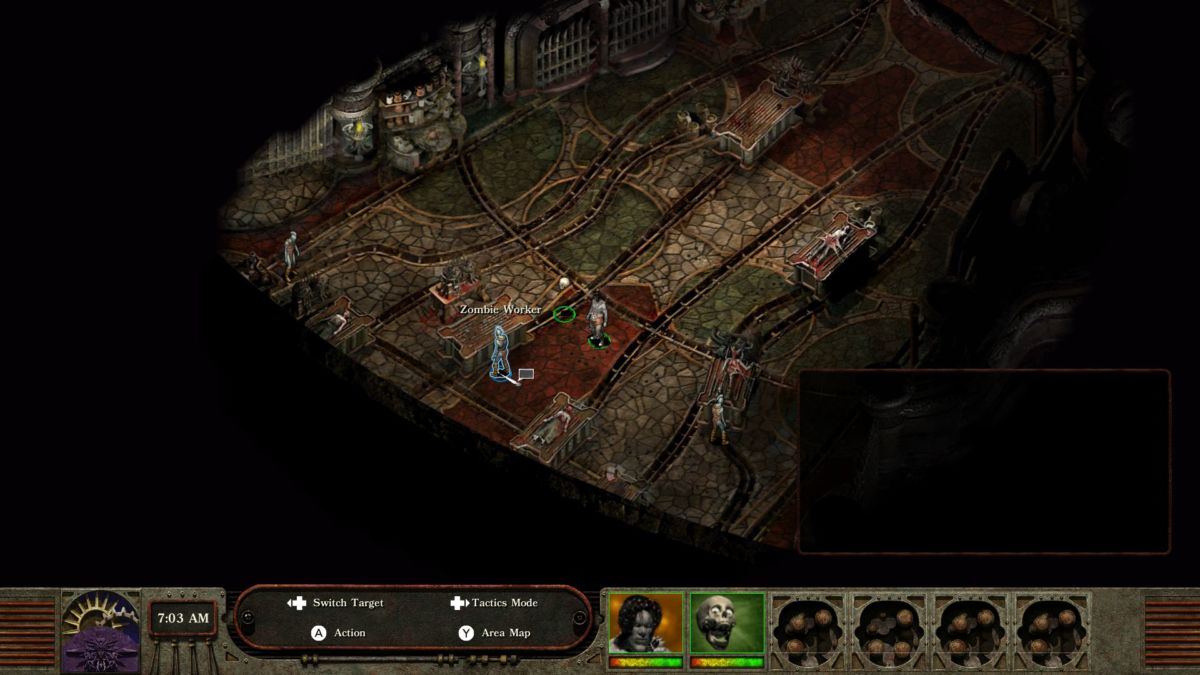 The first thing to know about the Icewind Dale & Planescape: Torment Enhanced Edition pack is that each game is incredibly distinctive. Although both are based on Dungeons & Dragons and use the same engine, they are about as different as it is possible to be. Planescape: Torment is a story-driven experience. It wants you to explore the world and narrative, investigating the themes of immortality and morality as you progress. On the other hand, Icewind Dale has a dedication to combat that makes it seem more like a Diablo title than a traditional RPG.

Beamdog has even included lots of extra content to make the Enhanced Editions a more enticing package. Quests and areas that were originally cut from each of the two games have been restored, which means that even fans will find something new when coming back to them this time around. Icewind Dale also comes with two expansions in the form of Heart of Winter and Trials of the Luremaster. 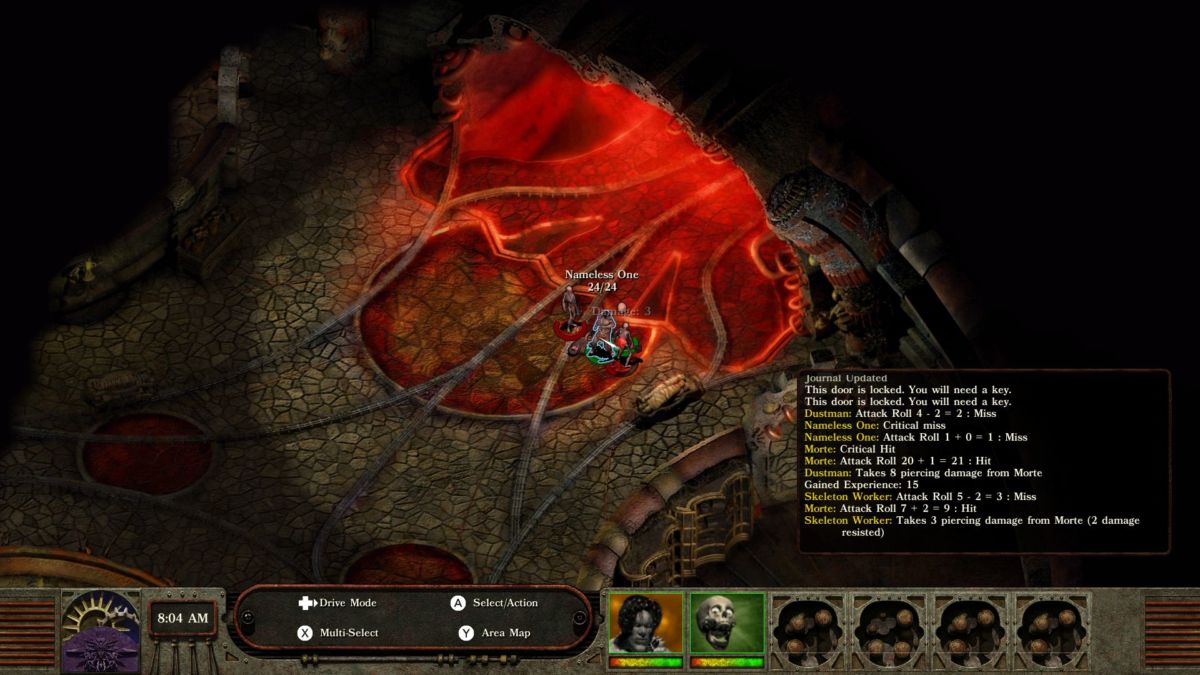 As console ports, Icewind Dale and Planescape: Torment run incredibly well. There are little to no loading times once you get into your save and the action unfolds on screen very smoothly. For some reason, there are no multiplayer options right now, although they are promised in the future.

Beamdog has come up with some nifty solutions to the issue of controlling the games with a gamepad rather than a traditional keyboard and mouse. Radial menus let you access all of your commands by pressing the trigger buttons, while you can quickly switch between party members with a click of the shoulder buttons. Each game forces you to do a lot of work when it comes to assigning characters with items, sorting out your magic spells, and rolling skill points. The control system works for the most part and gives you access to all of the commands with just a button press or two. 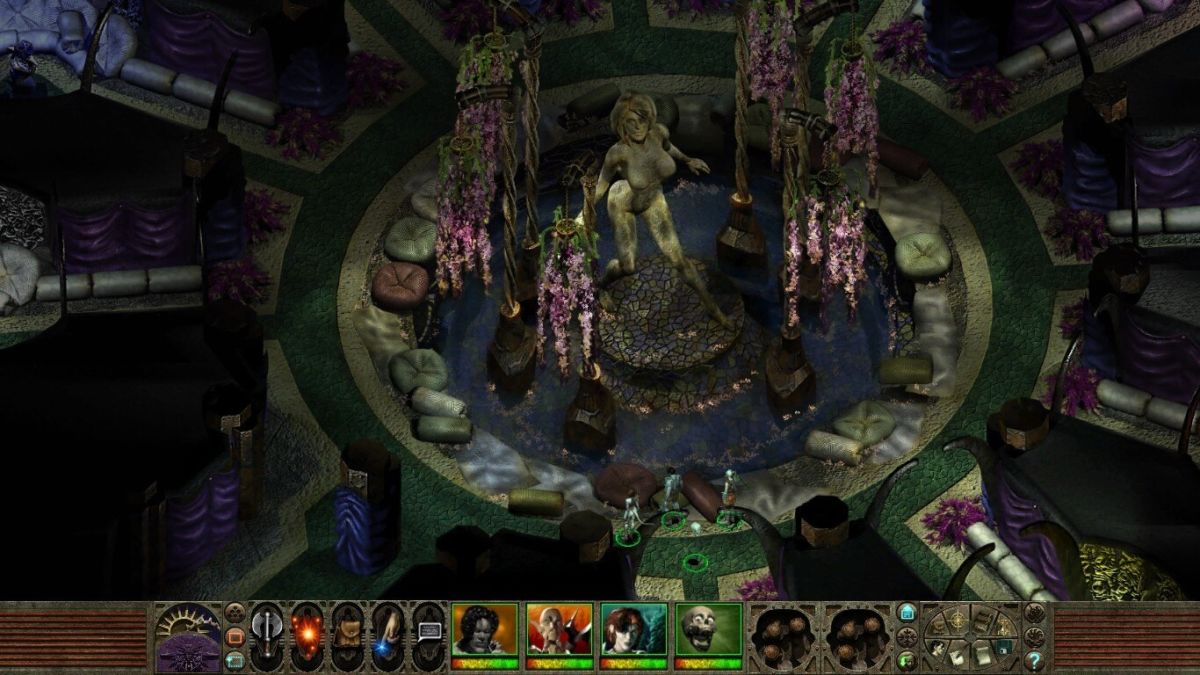 However, what is really impressive is the new movement system. Planescape: Torment and Icewind Dale both now let you move your characters around in two ways. A traditional point and click method can be used by moving a cursor on the screen but Beamdog have introduced Drive Mode. This lets you control the characters using just the left thumbstick and it feels far more intuitive on an Xbox One controller than it would with a keyboard and mouse. Drive Mode is probably best most of the time, although using a cursor can be useful when you need precision. Thankfully, the controls are largely the same across both games so you don’t have to learn new schemes when switching between them.

There have also been some important changes to the UI. For example, you can easily modify the size of the text and some of the menu items. Items on the floor also have outlines when you highlight them so you don’t have to search every single pixel on screen to find important objects. This is important due to the sheer number of boxes and elements that display on-screen at the same time as well as a large amount of dialogue that you’ll have to scroll through. 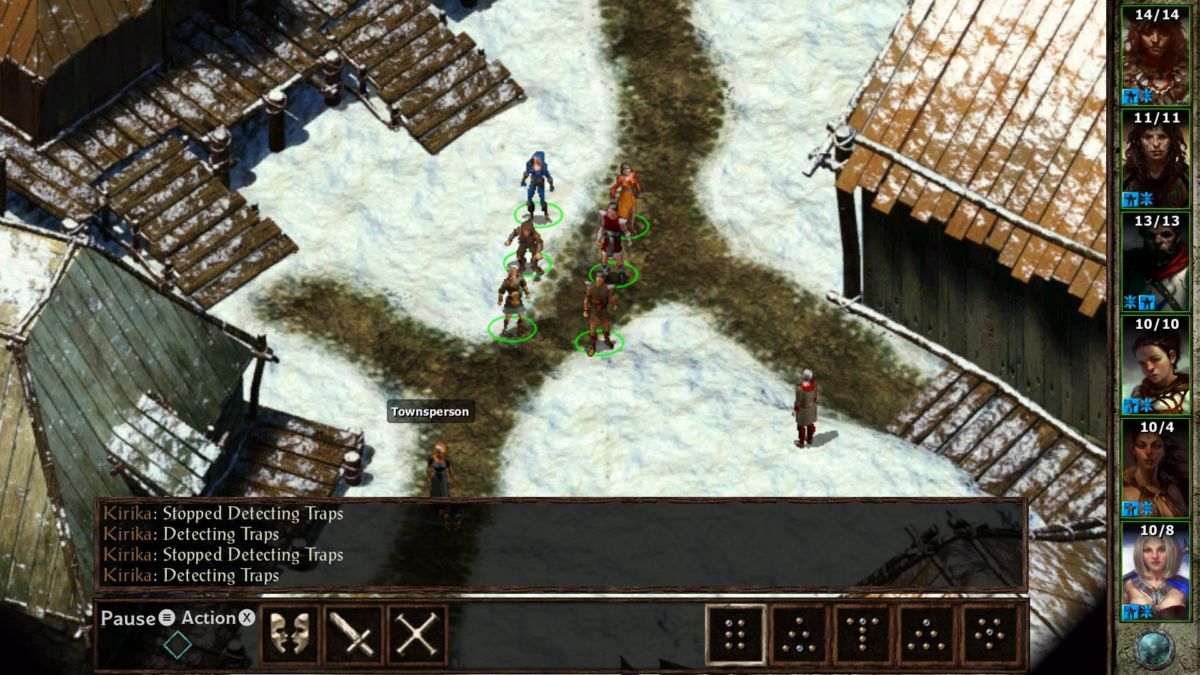 While these changes make playing these old RPGs using a gamepad far easier than ever before, it is still not a perfect solution. These types of games were just not meant to be played in this way. All the improvements and tweaks in the world wouldn’t be able to completely get rid of the frustrating moments that come when you forget how to use certain commands. There are so many button combinations that you are sure to press the wrong thing occasionally and lose your rhythm. The truth is that playing this double pack can too often feel like work rather than fun. The gameplay just feels out of its time, there’s too many processes and menus to navigate through that have been refined in recent years that make playing RPGs on consoles more enjoyable.

The developer has also introduced a variety of new difficulty modes. Anyone familiar with classic titles like these will be aware that they could be mercilessly difficult at times. Each of these two games could be unforgiving, even the combat light Planescape: Torment and that might put some players off, especially those who don’t enjoy hard-as-nails experiences like Dark Souls. 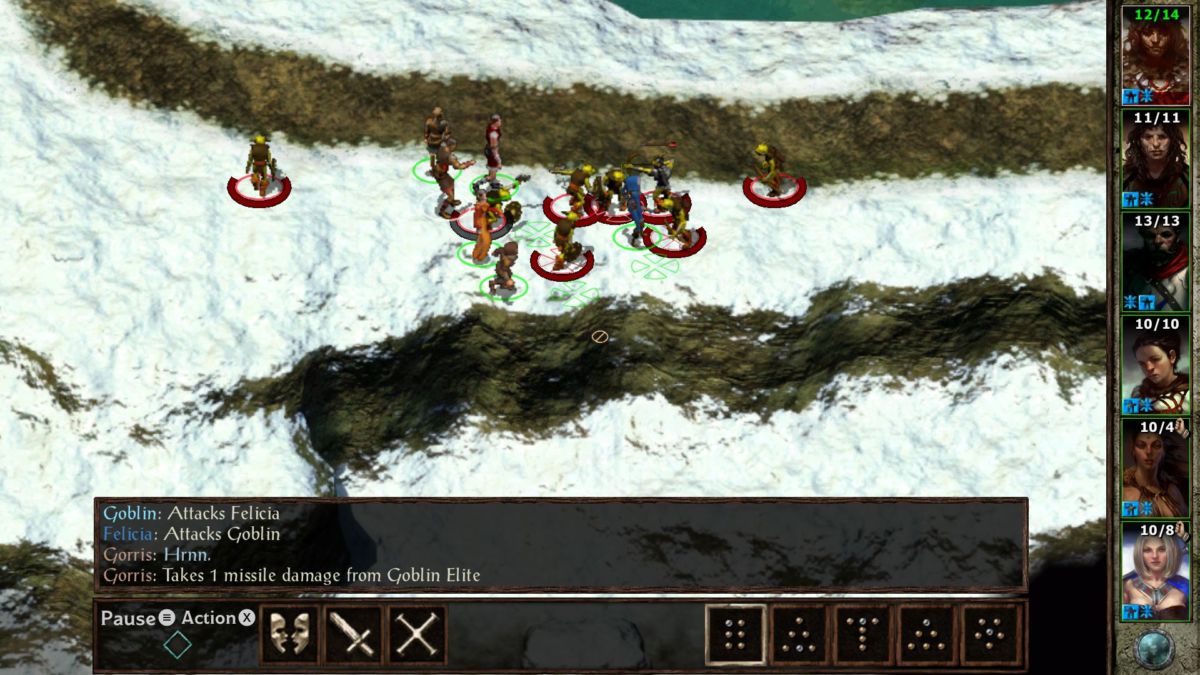 The most notable addition is a Story Mode difficulty setting for Icewind Dale. This weakens the enemies, makes you more powerful, and stops you from being able to die. It certainly stops the tedium of having to backtrack upon death and will allow more people to get through the campaign. Of course, you don’t have to use it but it’s a nice way to go back and enjoy the story without having to worry about being killed around each corner.

For those who seriously relish a challenge, there are also harder modes that make both titles more difficult than ever before as well as a collection of rule customization options. Thanks to this, you can switch between different Dungeons & Dragons rulesets or change how chance rolls work. I do think it’s strange that a Story Mode was not included for Planescape: Torment, especially when it is the more narrative of the two and would have benefited from it by truly allowing you to enjoy the story. It does have some easier difficulties but nothing like the Icewind Dale specific mode.

Another complaint is that for the most part, the visuals look very dated. Beamdog has chosen to stick with the original assets as much as possible, only improving them rather than remaking them completely. While this decision keeps the original style of both games intact, it has the result of making them visually unappealing. This is exacerbated by the pre-rendered cutscenes that occasionally show up, which have not seen any improvements and just look ugly when played on large televisions rather than smaller monitors.

Icewind Dale and Planescape: Torment are RPGs that deserve to be played, the latter even more so, but the passage of time and outdated gameplay make it harder than ever to do so. This enhanced pack demonstrates just how inefficient some of the design choices were for classic titles and it is even more difficult to overlook when you have played modern titles that have been specifically designed for consoles. The games that have been inspired by them, such as Knights of the Old Republic or Pillars of Eternity, are far more streamlined and approachable. There’s no doubting how great or important these two games are and while they look better than ever here, recommending them to anyone but the most dedicated of RPG fans just wouldn’t feel right.

A review copy of the game was provided by PR for the purposes of this review.

Verdict
Icewind Dale and Planescape: Torment are undeniably great games but even with updated graphics and improvements to control schemes, they show their age and are not well suited to home consoles.
7