Why Perception’s Representation of Disability in Video Games is Important 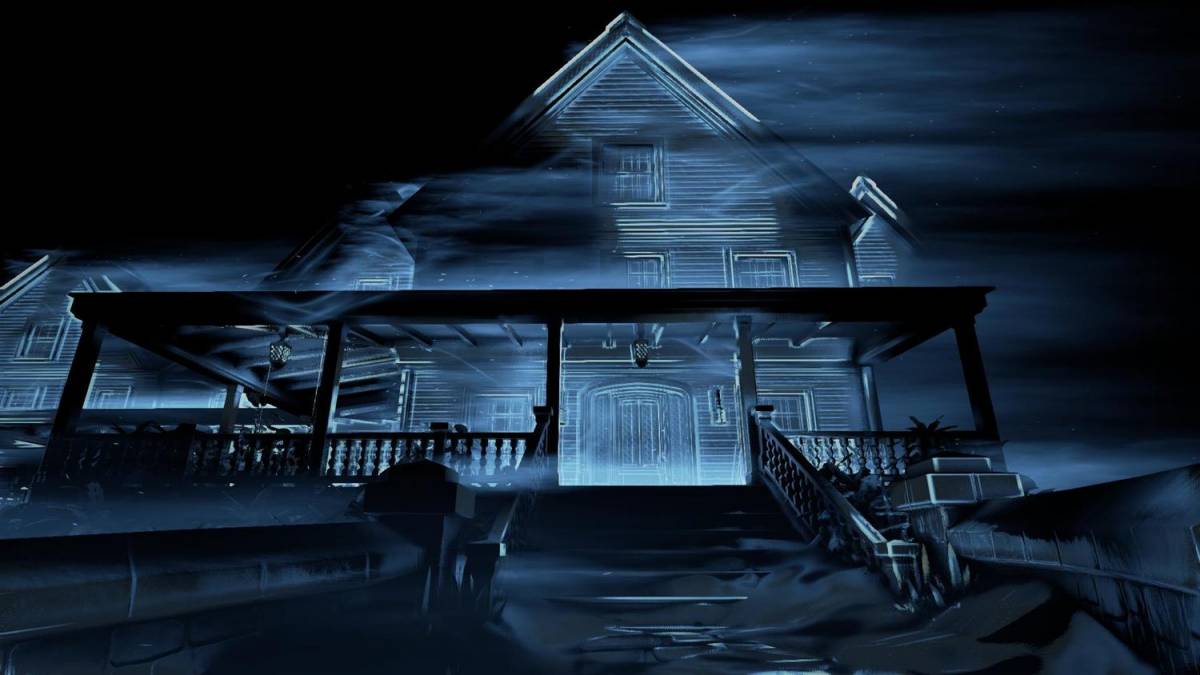 When The Deep End Games announced Perception, I almost wet myself with excitement. A horror game from the minds behind BioShock and Dead Space? Yes please! Eagerly, I watched the gameplay trailer. Then I cried for one simple reason: the protagonist, Cassie, is blind.

Some context: I am visually impaired. I was born blind in my left eye, and became partially-sighted in the good eye at age 17 after a rare type of sub-retinal tumour – and the subsequent radiotherapy treatment – destroyed a few centimetres of retinal tissue. Good news is I’ve been in remission for four-and-a-half years, with zero signs of regrowth. I am now registered blind.

It wasn’t until I became partially-sighted that I realised how little positive representation there is of disability in multimedia. For the most part, disabled characters are treated as huge burdens who lament about their dragging the team down and, more often than not, are killed off early, or are even the subject of a heroic sacrifice. Nine times out of ten a disabled person is played by an actor without any trace of a disability. That’s not to slam those performances; on the contrary, I think they often do an admirable job, although it does take away the opportunity for any aspiring actors who are genuinely disabled.

The other side of it involves some grand cure. A person with a disability suddenly gains superpowers, or is the recipient of a magical spell or even seemingly a miracle – look at Lost’s John Locke. This is the most common issue that affects disabled characters in gaming. The most common affliction is a missing limb, which is then replaced with an overpowered, usually futuristic and cybernetic, robot limb (which may or may not also be your wife, because that makes so much sense!).

Disability is a tricky subject to handle, so I can understand why a large number of developers choose to shy away from it. Those who have taken a chance and gone for the inclusion of disabled characters have pulled them off well: I personally cannot think of any poorly-handled examples, although that’s just as far as I know. However, those characters I can think of aren’t playable heroes, and characters such as Adam Jensen or Rad Spencer are so tremendously overpowered by their prosthetics it completely renders any disability moot.

But Perception has Cassie, a playable hero who is completely and unashamedly blind. She navigates by echolocation, something many blind people genuinely do, and this manifests itself in-game in an almost line-drawn style, which I think is rather beautiful. Cassie must rely entirely on her hearing and her interpretation of ambient noise to explore her surroundings, and escape the sinister presence also lurking in that house.

Perhaps it’s because I feel more personally connected to Cassie than I do to most characters on any platform, or perhaps it’s down to the skilful way that our disability has been handled, but I was itching to understand more about the thought processes behind the creation of her character. I reached out to Bill Gardner, creative director of Perception, and put a list of questions to him, namely what inspired the creation of such a game.

“It came from a desire to show people the world from a different perspective, to provide a character that wasn’t a moderate carbon copy of the vast majority of protagonists. With a genre such as horror, fresh ideas for narratives and gameplay mechanics are always welcome, so when the idea of having a blind protagonist came up something clicked into place.”

“It was something we felt we had to do, it felt like a story we had to tell.”

Cassie was always going to be blind; there was never a plan for her to have a different disability, or for her to even have a seeing-eye dog. “Perception is about Cassie and her own personal journey. She is fiercely independent.” Having worked on Elizabeth in BioShock: Infinite, Gardner adds that the challenge of a companion character is incredibly great; whilst having a guide dog could be an interesting idea, he felt it was better for Cassie’s personal story, for the narrative of the game, to have her totally and hopelessly isolated.

A great deal of research has gone into the reality behind Cassie’s darkened world. Perception isn’t Blind Lady Simulator 1.0, but both Bill and Amanda Gardner, Perception’s writer/producer, have gone to extraordinary lengths to understand what life is like for a blind person who uses echolocation to ‘see’.

“The more we dug into this world, the more we felt the pull to see this story through.”

Gardner acknowledges the entertainment industry still has a long way to go when it comes to representation, and agrees that safety is the primary reason as to why most developers choose not to delve into this world. It’s always a gamble whether consumers will take to a game that doesn’t feature the tried-and-tested archetypes, and so following such a template has a greater chance of success. The driving force behind Perception, however, was the desire to try something new, test uncharted waters.

Ultimately, Gardner hopes Perception will give gamers a glimpse into a world that they have likely not thought about much before, and I have to say I wholeheartedly agree with him. Disability of any kind is a reality that most cannot understand, and if a game made by a tiny development team in a home-office can provoke sufficient thought, then perhaps we can expect the birth of a new sub-genre in the future.

One thing I’ve learned in the years since my registration as a legally blind person is that this world is not kind towards disability. Society is learning, slowly but surely, to show us in a more positive light. Besides, if a fictional blind woman can kick some horrific monster up the ass, then maybe so can I.