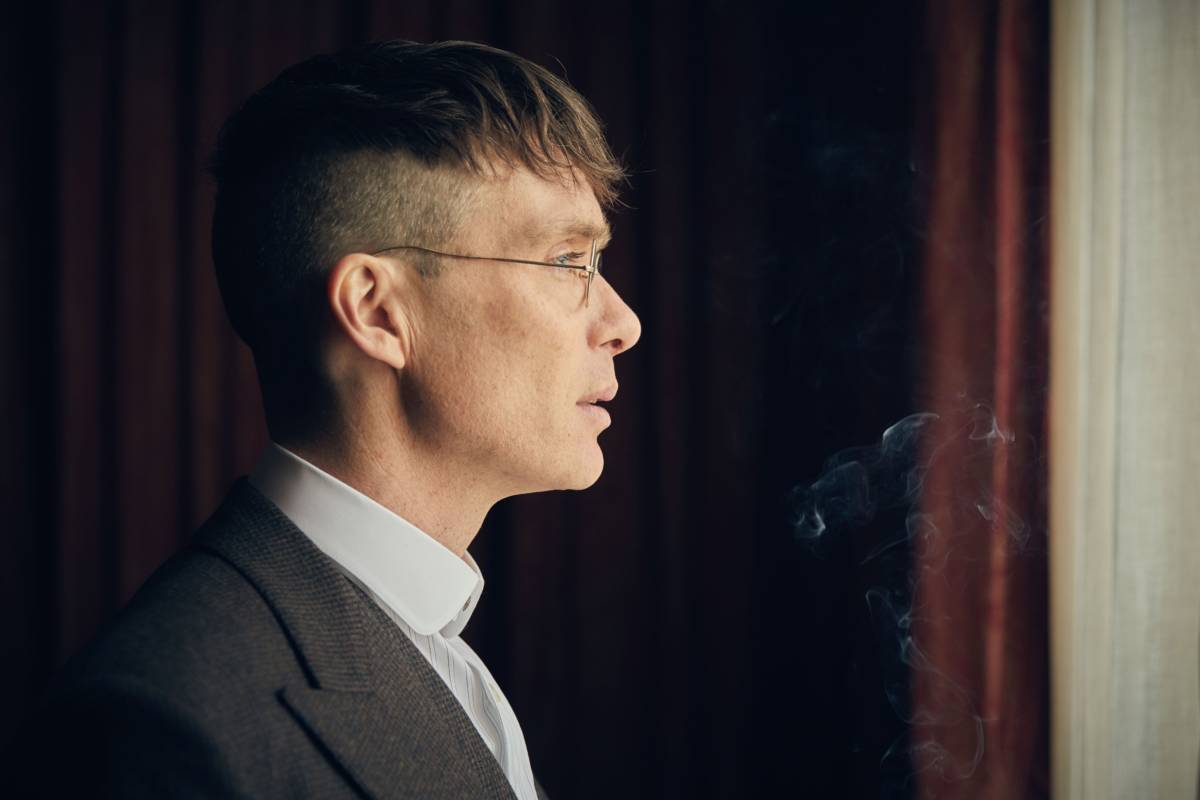 With Alfie Solomons’s terrifyingly behatted figure having roved into view like God’s own iceberg in the final few seconds of last week’s episode, it turns out he’s not up to anything all that menacing – at least not personally. Rather, he’s come to chill out with Tommy in the dressing room and have a heart-to-heart mumble, exploring how he hates fights with rules, his sympathy for the blind, his plan to retire out to Margate and that old principle of how ‘the big fuck the small’. And yes, that has the ring of truth to it, but it’s a pretty poor conclusion for any Jewish gentleman, particularly one who’s managing a fighter called ‘Goliath’.

Case in point, mere metres away in the ring, little Bonnie Gold is proving Alfie woefully wrong by stringing out the fight for the requested four rounds, then pounding poor old Goliath into the canvas. Aberama is understandably worried that his boy’s fighting someone the size of a bus, but Bonnie does everything short of going for a quick ten-mile run to show he’s got everything well in hand. And as for Goliath, honestly, with a name like that you’re just setting yourself up for failure. 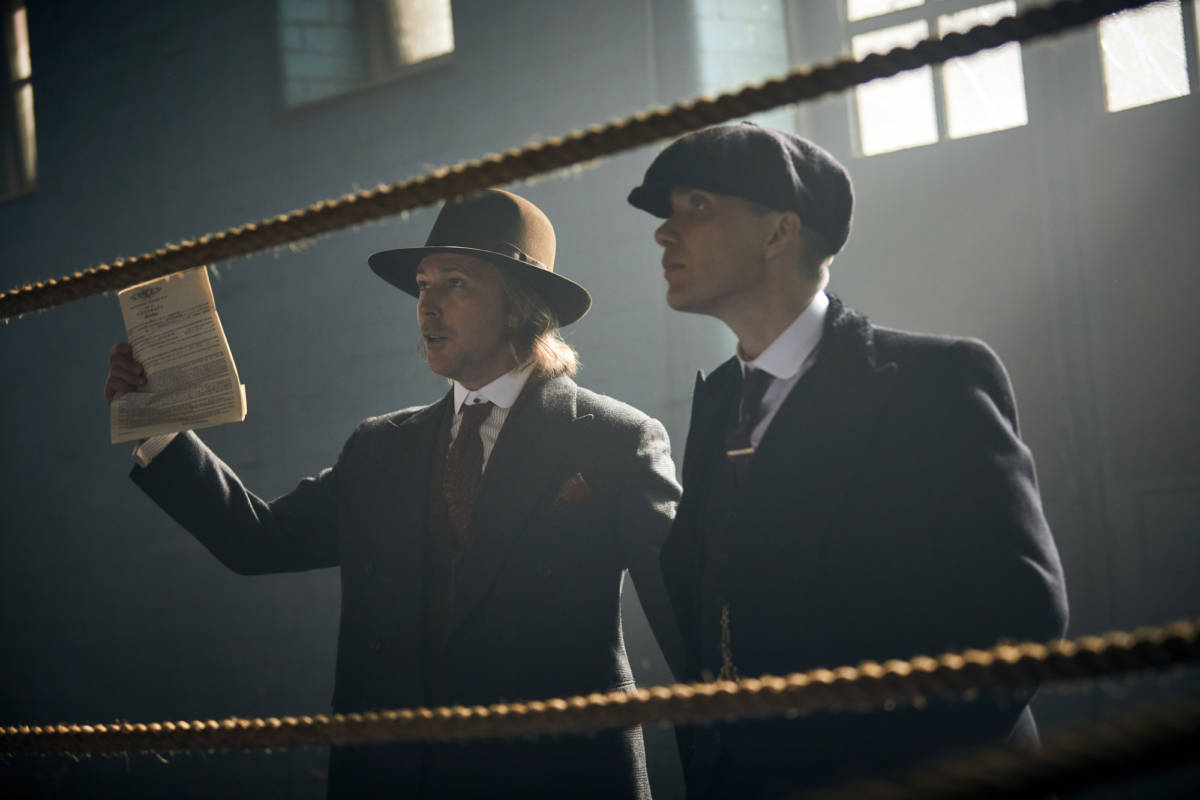 The fight going on in the ring, though, is just a sideshow to the real scrap. And Arthur immediately picks out Goliath’s corner crew as not knowing what they’re doing – which could explain Goliath’s woeful performance, but more importantly marks them as suspicious. Tommy dismisses this concern as borne of Arthur’s heroic consumption of whiskey and cocaine, a reason he isn’t exactly plucking out of thin air.

Speaking of dramatic substance abuse, when the ladies of the Shelby company meet up in the bathroom to drink, it turns out Linda’s started on the cocaine as well. The main topic of discussion is Lizzie’s pregnancy, which she casually talks about with a cigarette in her hand – Polly uses her mysterious feminine powers to peg the baby as a girl, and probably a film star. With traditional Christian charity, Linda asks if she knows who the father is.

But jolly scenes like that don’t last long, and we’re well overdue the Shelbys’ lowest point in this series. Arthur follows some of the ringside boys to the dressing rooms, and gets himself garotted. Tommy arrives just in time to shoot the man who did it, then storms into the ring seconds after Bonnie’s victory and announces his brother is dead. And there is much wailing and gnashing of teeth.

At Arthur’s funeral – another traditional caravan-burning – Changretta’s mother turns up to sue for peace. Of course, being the mafia, they’re not about to just let everything lie, and insist that Tommy turn over control of the entire Shelby company to them. With Alfie in early retirement, Changretta also takes control of his rum-running operation – only narrowly avoiding the grenade left wired up to the doors as a goodbye present.

So Changretta turns up to Tommy’s gin distillery, and proceeds to mock him for being light on brothers, demand they sign over the business on their knees, and generally be an awful, awful man. Tommy is actually on his knees before he springs into action – wryly noting that, as an old friend told him, ‘the big fuck the small’, but that Changretta isn’t the biggest fish out there. 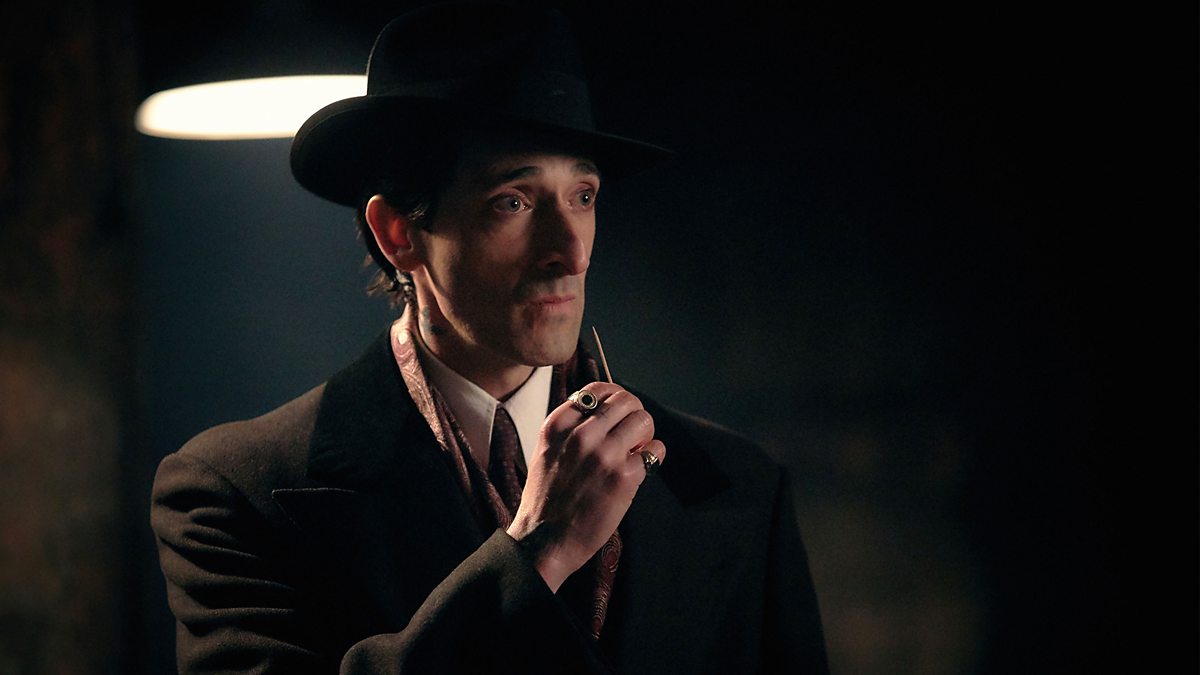 Specifically, there are plenty of rival mafiosi back in New York who would be all too pleased to see Changretta quietly fade away fighting a Brummie bookmaker – as well as a businessman from Chicago who wants to get in on the liquor business, a certain Mr Alphonse ‘Al’ Capone. Who, with any luck, we’ll see in the next series being overacted wonderfully by Conleth Hill or one of those sorts of blokes.

And in a more immediate sense, of the hoodlums Changretta has with him – and you’d think he’d have noticed this before Tommy – all his blood relations are dead, and the remaining ones are mercenaries who work for the highest bidder. Who, at the moment, clearly isn’t him. So the way’s clear for Tommy to give him an almighty beating – and then Arthur walks in to finish the job. As it turns out the reports of his death had been greatly exaggerated – and the fanbase, who have speculated that pretty much every major death in the show has been a fake-out, will surely be pleased to have called one.

With Changretta dealt with, Tommy takes a trip down to Margate to tie up Alfie, the last loose end. And despite shamelessly playing on Tommy’s sympathy, then trying to nail him with a lucky shot, the old mensch still falls woefully short of bringing down the Blinder kingpin.

But now that everything’s wrapped up in a neat little package, Tommy falls into an aimless spiral, with his shell-shock rearing its head once more. While he doesn’t go back to opium, he hits the booze hard in scenes resembling the opening of Apocalypse Now – which, sadly, little Tommy walks in on. It is only after a ‘three months later’ title that he is remotely functional, and actually deals with the other main plot of this series, that general strike that’s still going on. And under Jessie’s leadership, it’s apparently lasted all through that three months, rather than the real-life general strike of 1926, which lasted only nine days, and involved no exciting gunfights.

Honestly, Jessie’s plot is treated as a bit of an afterthought – which is a shame, because it could have been tied back into the American mob plot very well. America’s fervent anti-communism only really kicked off after World War 2 – in the ’20s and ’30s, it had a very strong labour movement. Naturally, a good deal of that was based in rural areas, which – being America – meant they were incredibly well-armed.

Still, we’re not here to dwell on roads not taken. Having gotten into bed with Jessie in both senses of the phrase, Tommy immediately moves to play both sides, and goes straight to the Houses of Parliament to offer them insider information on the British communist party. Of course, he wants something in return – they offer a knighthood, but he counters with something that genuinely appalls them.

Smash cut to the Shelbys going to the voting booth. Without an awful lot of ado, one Thomas Shelby, OBE, is named as the new Labour member of parliament for Birmingham South. Honestly, given his rep in Small Heath, it doesn’t seem like he’d have needed to fix it, but then why take the chance? 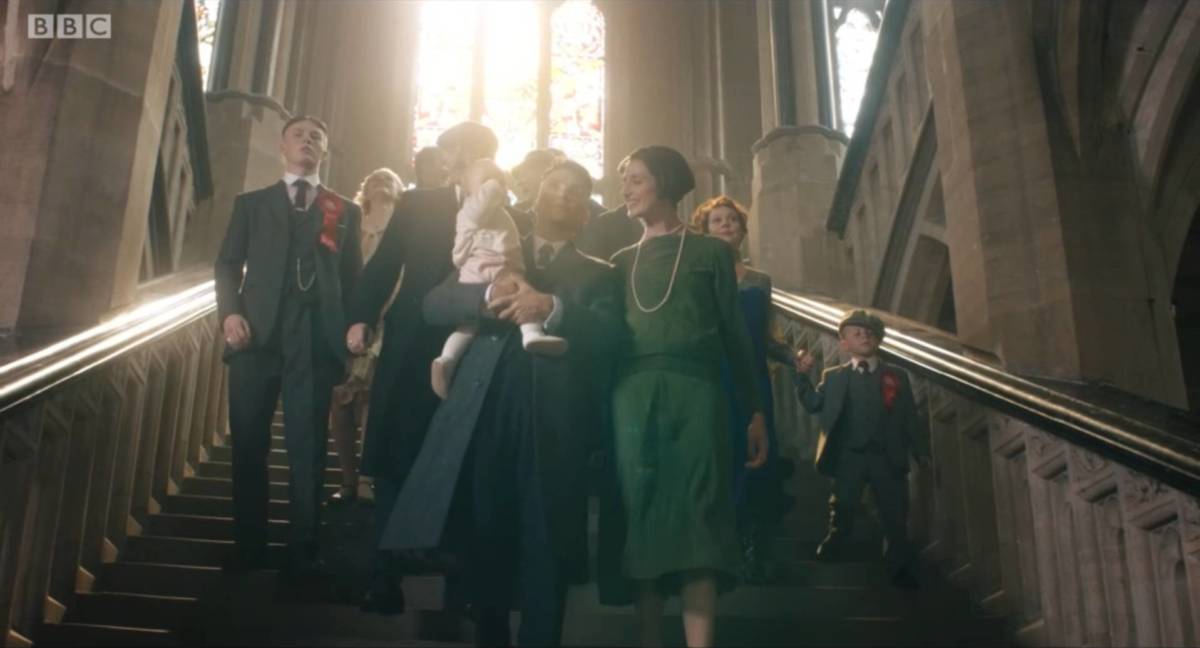 If you’ve been watching Narcos, another crime drama that likes its cinematic moments, you may remember the bit in the first series where everyone’s pal Pablo Escobar is named to the Colombian legislature. This prompts a lot of the other Colombian statesmen to walk out in disgust. However, it’s incredibly unlikely that Tommy will get that kind of reaction – the British Parliament has welcomed warlords, slaveholders, pirates, sex fiends, and George Galloway over the years. Against that chequered backdrop, the evil and charismatic Tommy Shelby suddenly seems like a touch of class.