Is this what we become? 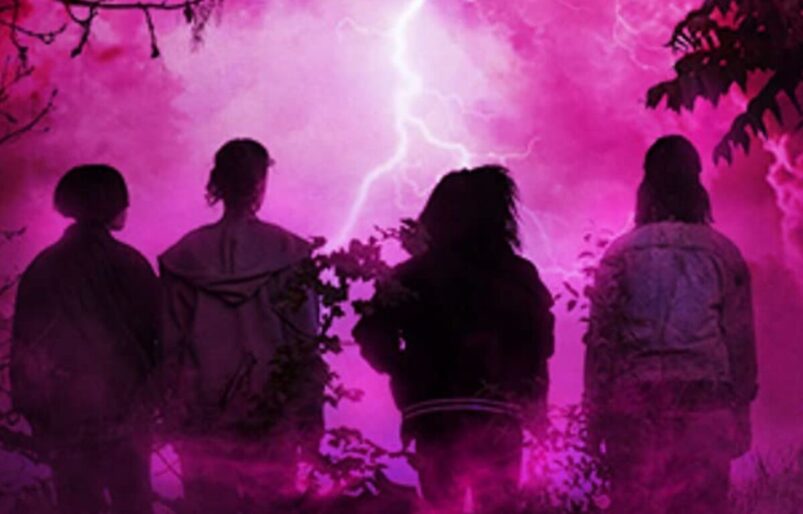 What would you say if the child you used to be looked at you and asked, “how?” What if a younger version of yourself asked what happened to all the dreams and desires you used to have? What if you learned that in the future happiness for yourself or your family looked like something you couldn’t recognize or didn’t include you at all? Mercifully, we aren’t forced to actually answer these conundrums, but these are the types of questions at the heart of Amazon’s Paper Girls.

Based on the comic books of the same name created by writer Brian K. Vaughan and artist Cliff Chiang, Paper Girls, set in the 1980s, follows four twelve-year-old girls on their route during the worst day to deliver newspapers, the morning after Halloween. The paper girls are Erin (Riley Lai Nelet) KJ (Fina Strazza) Tiffany (Camryn Jones) and Mac (Sofia Rosinsky). After a few bleary-eyed morning preparations, each girl grabs their bike and is soon riding through Stony Stream Ohio in the dark hours of the early morning while classic needle drops play.

This isn’t a nostalgia-tinged rehash of the 80s’ greatest hits as the show only spends one episode in 1988, and isn’t focused on telling you how much the characters love Ghostbusters. Instead, it focuses on trying to establish the practical reality of suburban Ohio at this time. The local auto manufacturing plant is struggling. And more than a few of the locals have begun to blame the rise of the Japanese car industry in a way that’s explicitly racist.

Erin experiences this firsthand when she has to confront a local over a wrongly delivered newspaper and he channels his anger over what’s happening at the plant into racist threats while Erin calmly tells him, “I’m Chinese.” Throughout the first episode, each of the four girls will share or have an experience where their cultural, racial, or socioeconomic background interacts with the place they live, go to school, and deliver papers.

Things kick off when the girls decide to chase down two strangers that stole Tiffany’s walkie-talkie into an abandoned basement. When they emerge back outside, the sky is covered in vibrant purple-pink light. As they pedal back to Mac’s house, they notice everyone in town is gone. By the end of the first episode, one of the girls gets shot, they are responsible for a man’s death, all of them are enmeshed in a time war, and they travel into the future.

It’s a packed pilot episode that visually and narratively gestures at much of what makes the original comic great. However, the episode also evidences what the show struggles with throughout the season: not enough time for the main characters to just be twelve-year-old girls and stilted dialogue that struggles to capture the complexity and messiness of what they’re experiencing.

Over the next seven episodes, the girls travel to various points in the future where they meet older versions of themselves and their family members. They come face to face with the person they will become and struggle to fathom how all of the successes, compromises, and failures that lie between the past and the present add up to create something that is both immediately familiar and totally unrecognizable.

The young girls can’t understand what they will turn into, and the older versions of themselves struggle to explain that the younger version is still in there somewhere, behind all the other painful things they’ve tried to forget. These interactions are where most of the tension lies in this first season as each girl confronts a version of herself and has to reject or accept the gap that lies between them.

Even with such a good premise and setup, the show struggles to create moments that feel honest and authentic, moments where you forget they are characters on a screen and it feels like you are listening to a conversation between friends. The show does a good job matching the paper girls with older versions of themselves and connecting defining aspects of their character to the people they will eventually become.

But these relationships suffer from a similar problem where conversations between the younger and older versions feel predictable and drained of actual emotions. That isn’t to say these scenes never get there, but those moments are few and far between. The best scene in the show might be in the sixth episode when two characters discuss being gay using movies as a metaphor for the thing they can’t yet say out loud. This scene stands out because it’s messy, full of incomplete emotions, and everyone doesn’t know the exact right thing to say.

The show takes a lot of narrative and visual inspiration from the comic, but it doesn’t take the inspiration far enough to be fully interesting. The comic is awash in bright beautiful colors, most notably seen in the show’s pink-purple sky motif that signals the arrival of the militaristic faction in the time war.

This creates some wonderful interior shots where the colors seep in through windows and under doors, indicating that an oppressive force has arrived and the paper girls need to leave, but for the rest of the show the shot selection, camera work, and lighting are pretty boring — everything relevant is always perfectly in the frame, brightly lit, and looks very familiar. Likewise, the plot, specifically the time war the girls are now part of, isn’t weird enough or even that critical to the show.

Everything I said here aside, it can’t be overstated how important this show will be to a lot of people. Not just because of how many people loved the comic, but because this is a show about four young girls who are in no way defined by their relationship to any boy that lets them talk about the things that are important and relevant to them. That matters.

Paper Girls has a way to go to not just be as exciting as the comic, but spark the imagination in the same way. The show has so many things working in its favor. There are interesting characters and relationship dynamics, the ability to shift setting and perspective instantly, and a sci-fi backdrop that lets the show go anywhere and do almost anything. It’s the type of show that can be both about the friendship of four young girls and the nature of existence all while showing you something you’ve never seen before. But ultimately, it’s a show that’s on the edge of being exciting and expansive but is filled with many things you’ve already seen before.

READ MORE: 10 Shows Like Rick and Morty You Should Watch 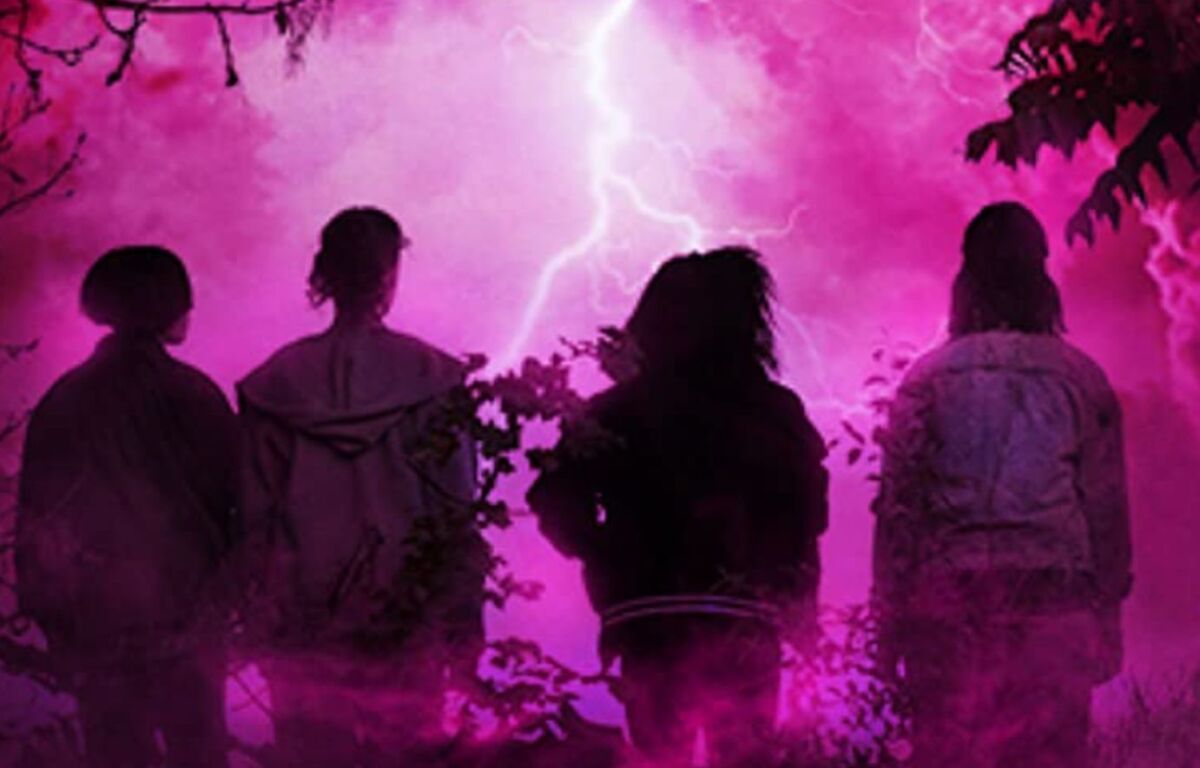 Verdict
Paper Girls has some great moments but doesn’t give character relationships or the plot enough time to develop, creating an uneven first season.
7.5
Cultured Vultures is a pop culture website established in 2013 covering all things gaming, movies, and more. We eat your words.
All The News On The Biggest Games