One Night in Miami REVIEW — Fascinating But Unfulfilling | LFF 2020

One Night in Miami is a fascinating examination of what it means to be African-American in the midst of the civil rights movement. 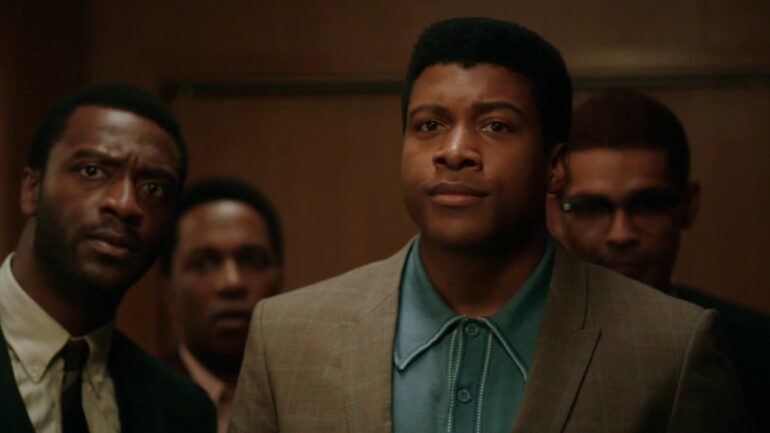 One Night in Miami

In One Night In Miami, a big idea picture meets the historical recreation genre with an imagining of one fateful evening between four of the most prominent Black men in American history.

Adapted by Kemp Powers from his own 2013 play based on a real meeting between Muhammad Ali, Malcolm X, Sam Cooke and Jim Brown in 1964, it’s a fascinating examination of what it means to be African-American in the midst of the civil rights movement.

Eli Goree is Cassius Clay, a cocky-upstart who defies the odds by defeating Sonny Liston in the ring. With prominent Black leader Malcolm X (Kingsley Ben-Adir) as his mentor, he is on the cusp of converting to Islam and changing his name to the better known Muhammad Ali. The two men meet soul singer Sam Cooke (Leslie Odom Jr.) and football superstar Jim Brown (Aldis Hodge) after the game for a long evening in a hotel room.

The vast majority of the film takes place in this one room, and Regina King, directing for the first time, does a great job of keeping things fluid even while characters are simply talking to each other for minutes on end. Whether it’s the use of the master shot, keeping all four men in the same frame, a neat close-up here and there, or a convenient use of a mirror to suggest who has the upper hand in any given scene, her work with cinematographer Tami Reiker is a masterclass in converting a talky stage play into a dynamic feature film.

The four men all represent different things: X is the controversial revolutionary; Cooke is the one who has made a career being palatable to white people; Clay is the outspoken future while Brown is the most realistic about how to succeed as a black man in a white man’s world. The discussions are multi-layered, riveting inquisitions into Black life in America with many resonances for modern life today.

Yet, these four larger-than-life men are flattened somewhat to fit talking points of the 1960s civil rights movement instead of being allowed to express the nuances of their character through action. The audience is kept constantly waiting for theory to be converted into principles; you’re expected to bear their own knowledge of these people and the wider historical context in order to draw their own conclusions, potentially leaving anyone not well-versed in American history and culture out in the cold. While it’s definitely a shoo-in at the Oscars, especially for the four players at the centre of this tale, non-American audiences may find themselves doing their own research to fill in the blanks.

For example, it’s haunting to think that neither Sam Cooke or Malcolm X wouldn’t make it to the 1970s, the first shot under disputed circumstances, the second murdered by members of the Nation of Islam. Yet, here the story peters out under the weight of this future history, with these conflicting narratives giving us a lot to chew on but not much in terms of self-contained dramatic resolution. Ending with a big musical performance by Cooke — Odom Jr. expertly capturing the crooning tones of one of America’s greatest ever singers — this film will definitely resonate across the USA as an important recreation of one of history’s most fascinating meetings. But as a work of cinema itself, it leaves a lot to be desired when it comes to putting those ideals to the test within a truly dramatic environment.

READ NEXT: 10 Movies That Would Make Great TV 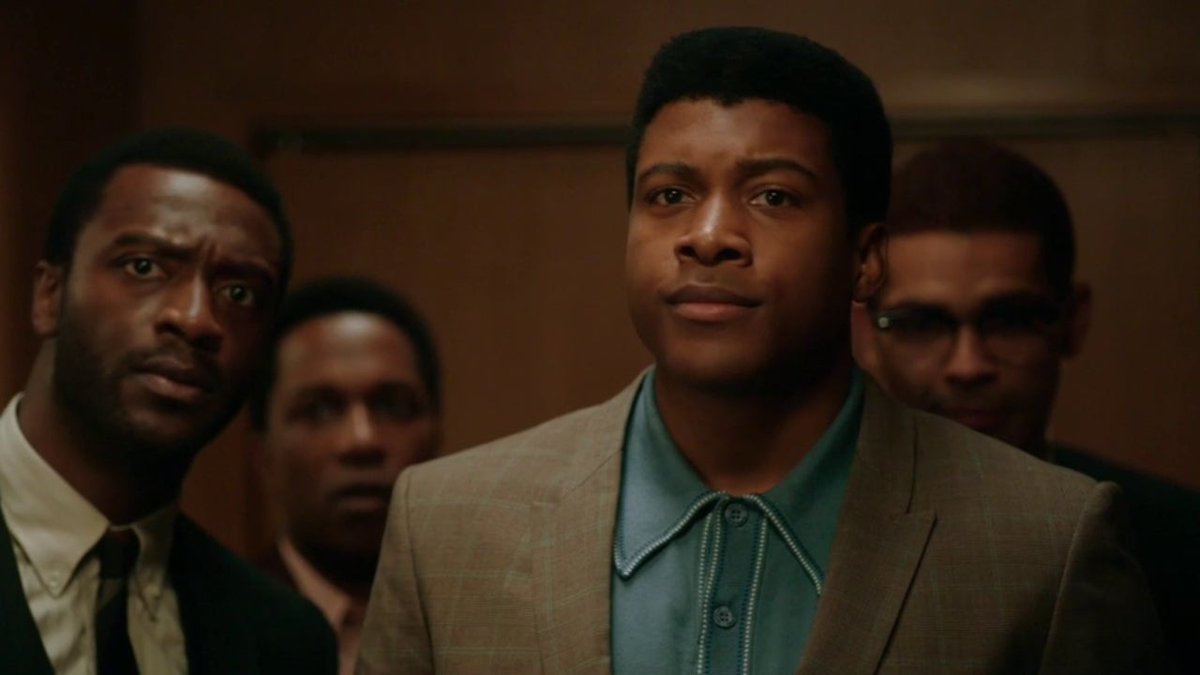 Verdict
Boasting confident direction by debutant Regina King and excellent performances across the board, One Night In Miami is a fascinating evocation of time and place that should've done more to tease out its contradictions through action.
6.5
Cultured Vultures is a pop culture website established in 2013 covering all things gaming, movies, and more. We eat your words.
All The News On The Biggest Games