10 Movies That Would Make Great TV

More great TV and less Riverdale is what we need. 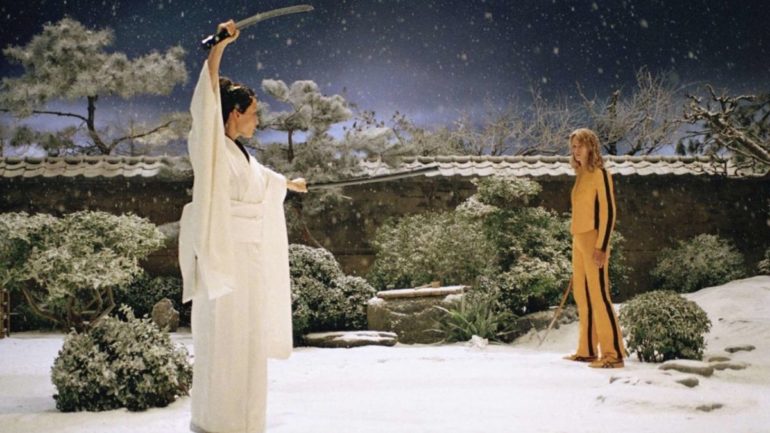 Living in the era of Peak TV has been a joy in so many ways. We watched in awe at Brian Cranston’s transformation into Heisenberg during Breaking Bad, and now he’s a driving force behind the brilliant Sneaky Pete. Many would agree that The Sopranos is the family that launched a thousand antiheroic ships into cable television: Mad Men, House of Cards, Boardwalk Empire; the list goes on.

Even shows that met an untimely death like Pushing Daisies, Jericho, and The Newsroom have fans putting fresh flowers on their digital graves (i.e. tweeting their laments). In an era where the question “What shows are you watching?” has been elevated to basic water-cooler conversation, there’s something eerie though about the uniformity of favorites.

The Wire, although a true masterwork and possibly the most bold take on the ethos of a city, is a show I’m almost tired of hearing about. There’s a difference between what you love watching right now and your desert island show, but it says something when, for the most part, the most commonly referenced favorite shows are shows you’ve already heard of. It says there’s still room for truly exceptional TV that pushes boundaries and connects with us. Ask someone their Top 5 Movies of All Time and you’ll always have a few surprises.

Now that major networks are hiring major actors to power their shows, I’m hoping we’re moving towards surprisingly rewarding television. But since we’re living in the era of remakes too, why not pick a few gems from film that are already in the cultural memory and expand their stories? Here are 10 films that would make incredible TV and yes, I am available to produce them all.

Anyone else been a part of a casual board game night that descends into madness no one planned for? I doubt that Rachel McAdams and Jason Bateman would be up for reprising their key roles as lovers united by the power of table-top gaming, but the show could easily go on without them.

Just like a good session of game night, the participants can shuffle in and out, the teams can change, but the party can still go on. Instead of shows that explore vocations (the scientists of Big Bang Theory, the endless detective dramas), why don’t we explore the wide and weird culture of table-top gaming? The fair citizens of Catan I’m sure would agree.

It’s rare that well respected filmmakers lend any of their stories to TV, but Jim Jarmusch is a man of the people and so was Forest Whittaker in this legendary urban-samurai role.

Some movies are so sacred to a certain subset of fandom, that to even suggest this could get you burned at the stake for heresy. But to see that smooth blend of hip-hop and samurai code together again, maybe in the streets of London instead of Jersey City, and possibly with a female lead would garner an automatic yes from me.

It’s high time these super-folks stopped taking themselves so seriously. This late 90s classic is so goofy, so strangely star-studded, I think the idea has serious legs.

A movie that pokes fun at the nomenclature of heroes with names like Shoveler and Mr. Furious, with characters so narcissistic they have to create the need for themselves by releasing supervillains from superprison, I’m totally on board for another counterweight to a culture of superhero worship (à la The Boys), and I can’t be the only one who misses Janeane Garofalo.

In an era filled with digital activity, almost in spite of actual literacy, a show like this could be a welcome conversation in our era of shifting (or dwindling) reading habits.

The story of an editor at a famous publishing firm trying to find ways to manage book distribution, the complexities of love, and all that goes into the “business of art” would be a fascinating watch. And since the story is an original screenplay by the smart Olivier Assayas, no one can tell you the book is better than the show.

Again, we are standing on hallowed ground when suggesting this 80s vampire classic ever exist on network television. But I liked Kathryn Bigelow more when she wasn’t working on the literally political territories found in The Hurt Locker and Zero Dark Thirty.

Although those films are powerful in many ways, with Renner and Chastain giving us gold in both respectively, I prefer the grit of a drifting band of vampires feasting on the American West to both those movies. I think there’s enough distance between ourselves and Buffy the Vampire Slayer/True Blood to tell another good vampire story.

The story of Emily Dickinson, one of the most influential and prolific writers in American history, deserves to be told in full.

Some might think that dissecting the private life of a notoriously private woman might be betraying something essential about her character. I think people everywhere have something to gain from Dickinson’s writing, and her life could be an incredible vantage point from which to examine late 1800s American Colonialism.

She was ahead of her time, and her narrative in the competent hands of directors like Greta Gerwig or Michelle McLaren could be true magic.

I know, we would somehow have to navigate the personalities of both Alan Moore and The Wachowskis in order to get this thing on-air, but it could be wildly worth it.

A political thriller set in a dystopian Britain that yes, overvalued anarchy as a civic stance, but could be a fantastic platform to talk about various forms of government and the fight against tyranny. Of course, only if the majority votes aye would it be fit to air.

If we are going to delve into more superhero love, why not revive this 1930s classic serial, once voiced by Orson Welles, brought to film by Alec Baldwin in the mid 90s but never to be seen again (I guess you could say the show become a shadow)?

Even an animated show, with imagery a cross between the video game Okami and film noir, would be fun to watch. Although the character has various origins from its days in pulp fiction, the possibilities, and Baldwin cameos, are endless.

Since I also have a love/hate relationship with the mythology of gangsters, maybe a parody of old-school mobsters set in 1930s could set my mind at ease. This early Keaton comedy, that’s more a take on Cagney than Pacino, would make for lighthearted indictments of both police procedurals and crime families alike.

The combination of slap-stick and brutality could make for some great Shaun of the Dead by way of Martin McDonagh shocks. Hurry, there’s still time to make and release this before The Irishman’s release is inevitably pushed back to 2020.

With talks of Kill Bill: Vol. 3 running wild, and while we’re in the process of asking the impossible, why not see if Tarantino is up for an HBO miniseries starring “The Bride”?

No one does vengeance quite like Tarantino. With more time to flesh out his characters, the budget and time to make something dynamic, a man can only dream. I bet every major streaming platform would kill for the chance at this release. If directors like Scorsese and Cuarón are releasing major work on streaming platforms, it’s not unrealistic to wish Tarantino would give it a try.

Of course I have runner-ups to this list like The Hours, The Lobster, and Mudbound, but I really just want another show to make me as excited as Game of Thrones once did. Let’s all just collectively forget that last season happened, shall we?