Horror in the Heian House: Nothing But Blackened Teeth by Cassandra Khaw

Cassandra Khaw's newest short novel is a quick but creepy read for this Halloween season. 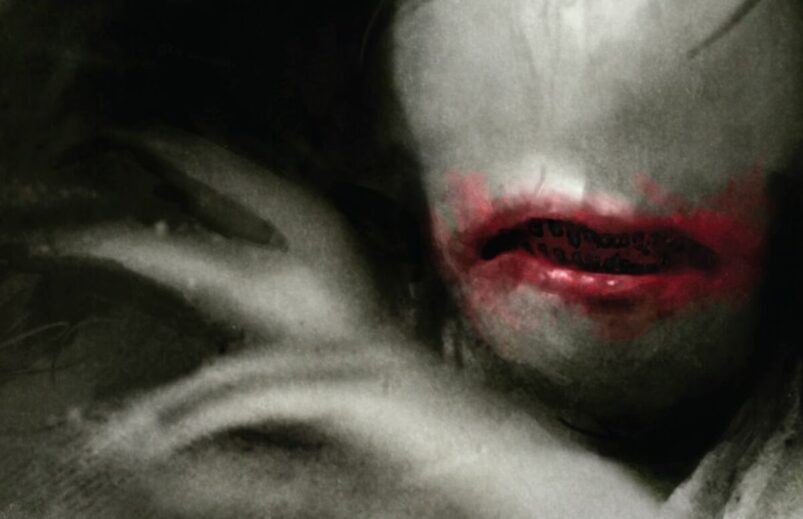 Nothing But Blackened Teeth by Cassandra Khaw

The set-up is very familiar :A group of friends go to a house, sometimes in an exotic setting, and have a party. Things go wrong. Very wrong. It’s a tried and true formula that’s been played straight, subverted, and twisted in many different ways.

Nothing But Blackened Teeth is author and game script writer Cassandra Khaw’s own swing at the formula. The narrator Cat and three of her friends, two of whom have recently gotten married, visit a mansion in Japan dating back to the Heian era (794 to 1185 AD). The house is said to be built on the remains of a bride who had herself buried when her groom passed before the wedding. The whole group, however, is aware of this and are there for the thrills more than anything else.

Khaw’s greatest strength is that her prose is highly evocative. She puts the reader right in the setting, with the sights and the smells coming through clear and vivid.

“A breeze slouched through the decaying shoji screens: lavender, mildew, sandalwood, and rotting incense. Some of the paper panels were peeling in strips, others gnawed to the still vividly lacquered wood, but the tatami mantling the floors–”

She has a unique way of describing the various horrors in the mansion. The walls are painted with youkai and tengu, Japanese monsters of myth, and at times Cat seems to really see them around her. It’s not clear, however, how many of them are really there or not.

While a book like this would likely appeal to people with a baseline interest in Japanese culture, especially related to its horror-tinged folk stories, I still appreciate how Khaw doesn’t hold the reader’s hand and explain every Japanese aspect of the story. The book only does so when it would be realistic for Cat to do so to her friends. It helps to make the setting seem less like an “Other” place and requires the reader to focus on the actual fact of the setting, the story behind it, the way it looks, and the actual presence, rather than relying on the fact it’s a foreign place; a mistake even some contemporary stories make.

This is not to say that the haunting in the book is ambiguous. It becomes very clear that there’s something supernatural in the mansion. Cat and her friends, in fact, are intentionally trying to draw out the presence.. They seem on the fence as to whether it’s real or not, but they act as if it is more often than not.

As with many haunted house stories, the characters themselves have their own demons following them. In the case of Cat and her three friends, it has to do with the relationships between each other. Cat is an ex-girlfriend of Philip, who she still has a clear resentment for. He seemed like an ideal boyfriend, being well-off and good-looking, but is revealed to have a terrible attitude and we quickly learn he ghosted Cat to break up with her. The other two, Faiz and Talia, seem to have a healthy and happy relationship. We learn, however, that there’s a wound between them that continues to fester. The stress caused by the presence in the house makes it even worse.

The biggest problem with the book is that it winks at the reader a bit too much. Cat and her friends are aware of horror tropes and point them out in many places. For example, Cat makes comments that Philip should be the hero since he’s the handsome white guy and how she should be the first to die, being a person of color. While the dialogue is realistic, coming across as the sorts of things horror fans would say to each other in an actual haunted house situation, it took me out of the story. It didn’t help that the tropes it subverts have been pointed out and parodied far too much already, to the point that pointing out the clichés have become cliché.

Despite its flaws, Nothing But Blackened Teeth is a solid, well-crafted entry into the haunted house genre. The prose is well-crafted, it moves at just the right pace, the characters are believable, and the creatures that surround them are creative. If you want a quick and creepy read for the Halloween season, this is worth your time.