Get ready to rock.

No Straight Roads might surprise a lot of people when it launches later this year. While obviously not the biggest game of the year, both in terms of scale and budget, it looks like it has enough about it to sneak into the hearts of many.

Developed by Metronomik, which was established by Wan Hazmer, Lead Game Designer of Final Fantasy XV, and Daim Dziauddin, Concept Artist of Street Fighter V, No Straight Roads is an action adventure game in which you try to take down an evil EDM empire with the power of rock. EDM here is used as more of a catch-all term, kind of in the same way that people lump all pop music together. If it has some bleeps and one or two dashings of wubs, Mayday and Zuke are going to bring it down with riffs.

You control both of these characters at will, only having to wait for a cooldown before switching to and fro. I played solo, but there’s also the option for co-op in No Straight Roads. Mayday handles the guitar and is far more brash and outspoken than Zuke on drums, who’s a bus away from being Otto in The Simpsons. As a “retired*” bassist, it would’ve been nice to see a third character on the bass, but we’re used to being overlooked by now.

Zuke and Mayday have an interesting dynamic by themselves, though, and they are also effortlessly charming. Their mission to take back Vinyl City and return rock to its former glory will be relatable to anyone who looks at the charts these days and has no idea what’s going on, and luckily they’re also a part of a very fun, ambitious game, though one that’s not without some faults.

Ostensibly a hack and slash game with some rhythm elements, your aim is to take down eight different bosses and their grunts across the many districts of Vinyl City, each inspired by a different genre of music. The art direction here is superb, everything feels vibrant, though there are plenty of disaffected citizens who wander around as muted shades of grey. No Straight Roads has a vision all its own, evidenced by its unique structure.

It’s much more than just a straight boss rush. In-between battles, you can wander around a small but slowly expanding hub world, talk to your fans, and discover collectibles. You can even use these collectibles to power up things like lights, which will give you more fans that can in turn to be used for upgrades. Even upgrading feels different to most with your skill tree being related to an underground gig. Mayday and Zuke’s headquarters is in a bunker, where you can equip different mods and stickers for various buffs and new skills, and even just sit in a room and feed a crocodile.

Boss battles are the main meat of No Straight Roads, though, multi-stage encounters that are cinematic in scope and just an absolute trip with the stages transforming the deeper into the battle you go. I encountered two bosses during my time with the preview, one who looked like a Daft Punk groupie that’s obsessed with space, and another entirely digital waifu who’s a sly dig at the artificial nature of some modern acts.

There’s a lot going on in these boss battles, but the main gist is to bide your time and wait for the patterns to show themselves so you can eventually fire long-range attacks at them in the form of music notes, which can be obtained by smashing objects. Zuke and Mayday both play differently, the former having more attacks in a combo but with less overall power, while Mayday is the opposite. I opted for Mayday primarily, just as beating things up with a guitar felt better, though both are equally viable. 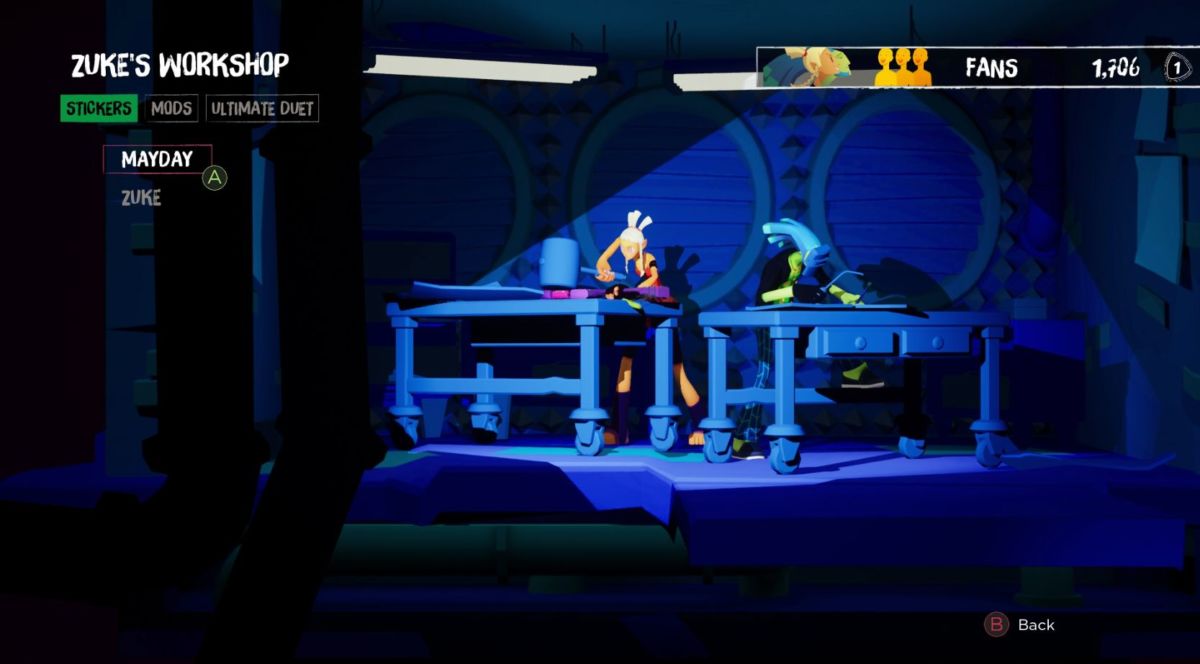 As well as projectile attacks, you can also transform props around the stage to turn into thing like rockets and treadmills, all while understanding the patterns of boss attacks and even being able to deflect purple ones to return the damage. This, along with the abilities you unlock, which includes my beloved double jump, makes boss battles feel dynamic and remarkably grandiose.

That said, these boss battles, while definitely fun overall, do seem to have a bit of an imbalance. The first two stages are absolute cakewalks with slow-moving attacks that can be easily dodged, while the third spikes the difficulty far beyond what should be the natural escalation, the screen filling up with nonsense. These third stages being difficult is fine, but the stage preceding it should be a bit more challenging so the spike doesn’t feel as abrupt. 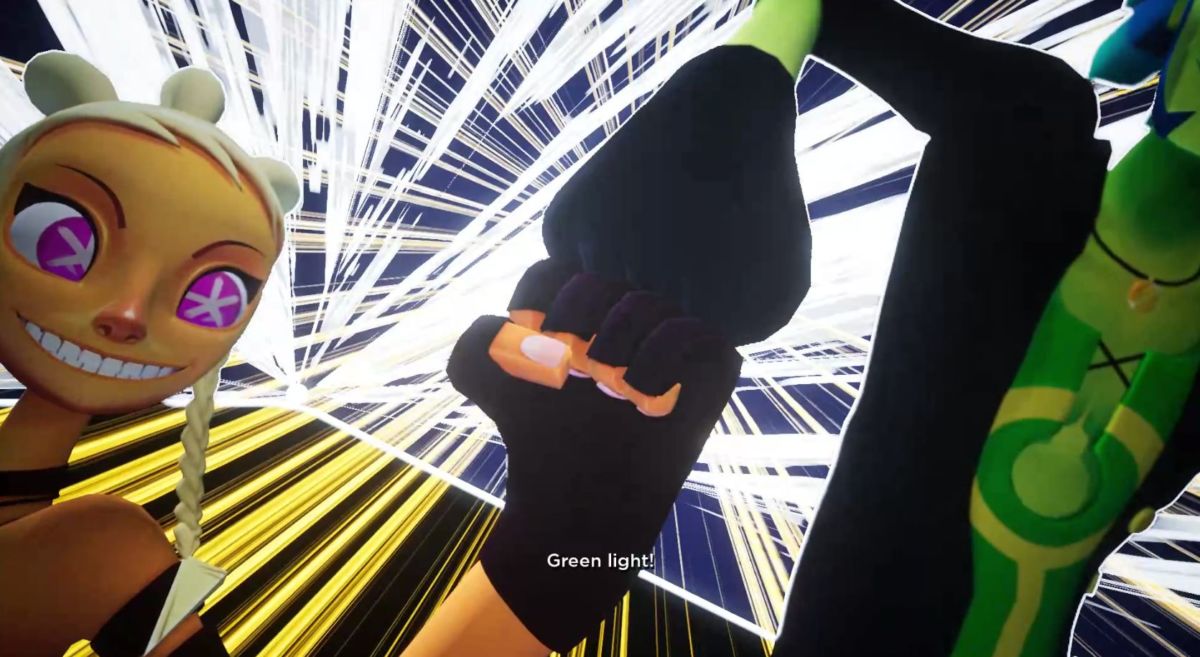 Another criticism is that these multi-stage bosses have no checkpoints between stages, so when you do inevitably get to the third stage and promptly fail, you have to start all over. I understand that this is intended to add to the challenge, but I just felt put off by it, the same reason why I gave Sekiro’s final boss a few attempts before becoming frustrated with the repetition over various stages. This isn’t me going, “game too hard”. It’s me going, “game should respect my time a bit more,” especially with there being cutscenes you have to skip each attempt.

Despite these frustrations, I really enjoyed my time with No Straight Roads, it offering a nice slice of rock and roll action with just the right amount of attitude. Packed with fantastic music, a lovely art style, and a surprising amount of depth, it could go on to become one of the year’s sleeper hits.

*When I say “retired”, I actually mean “graced with the rhythm of a crocodile wearing concrete shoes”, so I just gave up. Can still play Guerrilla Radio, though.