It's also my birthday month, so send us a card, eh? 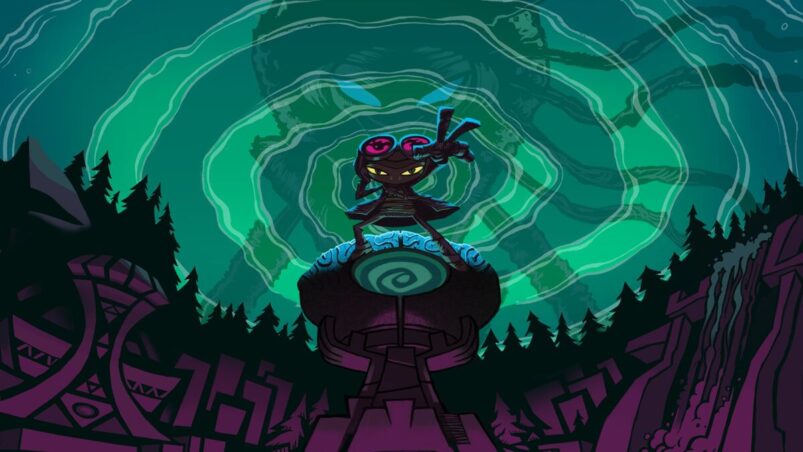 August looks to be a big month for the gaming industry in 2021. Typically, the last month of summer is the start of the industry’s slow boulder rolling downhill until Christmas, building momentum with a series of stellar quality games that get better and better throughout the year. This year is shaping up to follow the same trend, though August 2021 does seem to be even more plentiful for new games than previous years. We’ve got a lot of games to look forward to.

While not featured on this list, some big August releases include Hades finally launching on PlayStation and Xbox, along with the PS5 release of Ghost of Tsushima. However, there’s a host of original games launching throughout the month that are worthy of your attention. If you like sports games, co-op shooters, narrative-focused experiences or smacking people with a giant lightsaber, you’ll find something to enjoy. Here’s the biggest new games of August 2021 for PC, PS4, PS5, Xbox One, Xbox Series X | S, and Switch that you should be aware of.

The idea of a skateboarding bird is a bit of a strange one, so we’re hopeful that SkateBIRD is able to live up to the weight of such a promising premise. You control a small bird on a skateboard, performing tricks in various small scale areas. You probably don’t think someone’s garage or bedroom could be used as a skate park, but you’d be wrong.

SkateBIRD could have easily just been a throwaway, silly game that you’d get a quick laugh out of, but the developers have even added a Story Mode to the game, which sees the titular bird take up skateboarding as a way to inspire their human to take on their beloved hobby once again. Who knew a skateboarding bird could convey such emotion?

There have been a few games over the years that deal with people trying to flee towards or just enter another country, with Papers, Please arguably being the most notable example. However, Papers Please deals with what happens once you’ve made it to the border, ignoring all the hard work it takes to get to your destination. That’s where Road 96 comes in.

A procedurally generated road trip adventure, players take on the role of a teenager looking to escape an authoritarian regime. Unfortunately, the border is located thousands of miles away, so you’ll need to survive and find a way to travel the incredible distance to the border and escape with your life. Each run features randomly generated events, which unlock new options and ways to experience the overall story of Road 96, meaning you could be playing this one for a long time.

A grand strategy game that’s not Civilization, Humankind sees players try to create a, well, civilisation that can survive six eras of human life. The key difference with Humankind is that players can mix and match different aspects of their civilisation from others across the world’s history, potentially creating up to a million combinations as a result. This should give the game a lot of replay value, as players try to find the combo that works for them.

Another key differentiator is the fact that victory in Humankind is governed by the level of fame you’ve managed to accrue, instead of moving towards one of several victory conditions. This means that players can focus on a number of different aspects of civilisation building and still have it contribute to your overall chances of winning, instead of funnelling yourself down one path. It’s all about options, and Humankind seems to have more than most.

12 minutes doesn’t sound like a long time, but when you’re repeating the same 12 minutes over and over again like some kind of Groundhog Day, those dozen minutes are going to start feeling a hell of a lot longer. That’s the premise of 12 Minutes, which sees a man and wife attacked by a police officer who accuses the wife of murder. The husband gets KO’d, and wakes up 12 minutes earlier with all the memories of the previous loop.

As the husband, you must use the time loop to your advantage, going through the motions to try and figure out the truth behind your wife’s murder accusation while protecting yourselves from the rogue police officer. While each loop might take 12 minutes, you’ll be spending hours going through the game’s story to figure out what to do.

Metroidvanias are some of the most enjoyable game types out there, offering a world to explore that encourages backtracking and discovery as you unlock new abilities. Recompile seems to be one of the most visually appealing Metroidvania games in a long time, as you control a computer program fighting back against the possibility of deletion.

You’ll be armed with a host of weapons and abilities to battle against the denizens of the ancient Mainframe, and you’ll even be able to hack a host of environmental features and enemies to do your bidding. There’s even multiple endings depending on how you choose to interact with the environment around you, which means there’s plenty of content to keep you occupied for hours.

Summer of course means that it’s EA Sports annual release season, with the season kicking off as it tends to do with a new Madden NFL game. The latest iteration, Madden NFL 22, adds new Dynamic Gameday to make the game more realistic.

To be honest, details are a bit thin on the ground at the time of writing, which is worrying considering the game launches in a couple of weeks, but that’s besides the point.

The idea of a co-op shooter set in the world of Alien feels like one of those slam dunk concepts that it’s surprising it has taken this long to see the light of day. Fireteam Elite is that exact premise, seeing squads of three players working together to respond to distress calls from the outer colonies, taking on hordes of the Xenomorph menace as a team of highly trained marines.

The game consists of 12 levels split across four campaigns, with each player able to pick from one of five classes. There’s full weapon and character customisation in play, though you’ll need to be careful. With five difficulty levels and a whopping 20 enemy types to contend with, you’ll have your work cut out for you if you want to become the next Ripley.

30 years is a long time to wait for a direct sequel, so to say that King’s Bounty II is long-anticipated is a bit of an understatement. The world of Antara is beset by threats on all sides, including political intrigue, conspiracy and spot of the old necromancy to boot. With darkness encroaching, you control one of three heroes steeling themselves to make the world right once again.

A turn-based RPG, players assemble armies of allied soldiers to fight alongside against a variety of enemies, but not all fights are won on the battlefield. As a non-linear adventure, you’ll be able to make choices on how you intend to bring peace back to the world, with every choice having consequences. If nothing else, a swathe of choices should make for a replayable game.

For the longest time, it felt like a sequel to cult classic platformer Psychonauts would just never happen. Controlling young psychic Rasputin, or Raz for short, the original game focused on Raz’s first day at a psychic summer camp. During his stay, Raz uncovers and eventually foils a sinister plot, leading the young cadet to be recruited into the Psychonauts themselves.

The sequel is Raz’s first day on the job, and if camp was difficult, being an actual Psychonaut might be even more stressful. The organisation itself is holding its own secrets, meaning Raz will have to infiltrate the minds of various people in order to uncover the answers he seeks. With plenty of abilities to unlock, Psychonauts 2 should appeal to any platforming game fans looking for something a bit weird.

Travis Touchdown has taken on a lot of foes in his time, most of them being fellow assassins looking to take him out, so an alien invasion might just be within his skillset, almost. At the very least, the alien invasion consists of 10 elite assassins and the emperor, so Travis might just be more at home than ever. Beam Katana in hand, some aliens are going to get their butts kicked.

The third game in the series (not including spin-off title Travis Strikes Back), the game sees a return of the open world format of the first game, as players explore Santa Destroy and four other new islands, taking on assassination missions and part-time jobs in order to earn enough money to pay for a ranked battle, where you’ll face off against those alien assassins.

The 90s aesthetic is a wonderful one to borrow from, so seeing a game like The Big Con, which features a graphical style not too dissimilar to an animated version of Saved By The Bell, is incredibly enjoyable in its own right. The fact that The Big Con looks like a fun game with an interesting story to boot is like the cherry on top.

As a teenage con artist by the name of Ali, you have to hustle and graft your way to earning enough money to save your family’s video store from a group of awful loan sharks. With swindling, pickpocketing and other big schemes to engage, you’ll get to decide who deserved to be helped and who should be deceived.

Just make sure that your mum doesn’t know about any of it.