Netflix keeping us fed during this sparse January movie season. 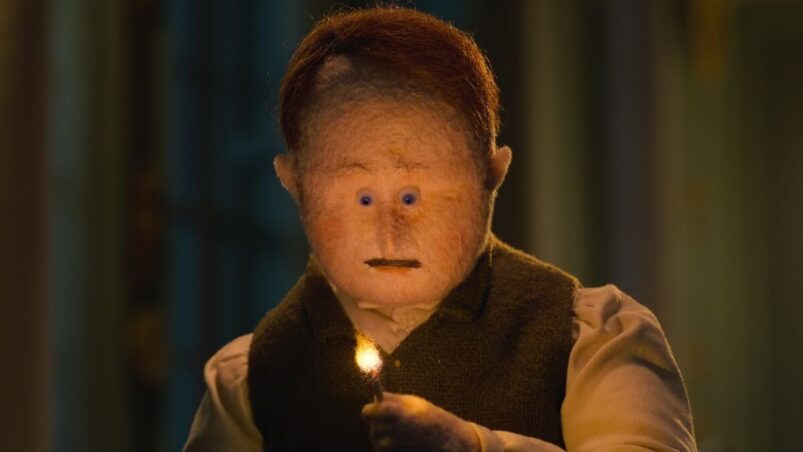 Netflix films range from subpar, most frequently achieving a respectable middle ground, and, on the rare occasion, standing out among a dense field of theatrical releases. After the laudable drama The Lost Daughter released a few weeks prior, I was not expecting another engaging January release. Yet, Netflix’s stop-motion animated anthology film, The House, exceeds expectations. The three interconnected stories spanning radically contrasting centuries uniquely weave horror into its marrow with seriously stunning – and stomach-churning – results.

Sitting at slightly over an hour and a half runtime, The House is divided into three roughly half-hour segments or “chapters”. Three different filmmakers add their own flair as directors for each chapter of the trio of stories written by Edna Walsh. Accordingly, the segments adopt identifiable tones, yet remain cohesive as far as producing some seriously distressing horror on screen. In The House, the setting remains the same while the centuries evolve. A multi-story house lies at the center of these tales of terror as new stop-motion inhabitants take residence in its vast space.

The surrealist stop-motion characters unnerve audiences on their own. The first chapter tells the story of a poor family in the late 1800s. Directors Emma De Swaef & Marc James Roels imbue the architecture with sharp angles and realism, while the felt used to create the humans’ skin appears soft, almost as if their skin could melt. Audiences can see the cotton fuzz composing the Thomas families’ sunken in faces. Minute facial features amplify their large, malleable heads. Inherently, their appearances strike audiences as creepy. The abnormal evidences itself from the moment you gaze upon their glowing white faces containing miniscule eyes glinting with uncertainty.

Their world is small, yet homely. But the father’s head is filled with envy and grandeur when relatives visit and decry their simple means of living. Enraged after a session drinking by the flickering cotton fire, he makes a Faustian bargain with a creature outside who promises to build him a home that will rival anything his dreams could have imagined. This devil builds them a home, much to the chagrin of their contented young daughter, Mabel. Thus, this is the house; the harbinger of horror promised by the films’ title.

Chapter I encompasses the gothic with strength. From the prickling musical score to the danger lurking around the rotating corners of their constantly renovating house to the noises echoing from the walls, it encroaches a sense of dread on viewers immediately and never lets up. Lingering shots and slow pans let the scenes take residence in the audience’s minds. The first chapter in the collection overwhelms the senses and leaves you gasping for relief that never arrives. It’s a haunting opening without any answers as to why the macabre occurs.

After setting the bar so high, you’d think the next chapter would ease viewers back into a mellower mental state and perhaps end on another disturbing note. Instead, Chapter II offers one of the most gag-worthy, bone-chilling images I’ve ever seen. A word of advice: Don’t eat anything while watching the second segment. The story takes a while to set-up its primary plot. However, once the creepiness ensues, it spirals into a bizarre world that renders the first upsetting chapter much more palatable.

Chapter II slides the eponymous house into a future where rodents are bipedal, talking creatures, wearing clothes, and enslaved by capitalism. We see the house again, its exterior instantly recognizable. Yet time has turned the once-dark residence located in the countryside into a modern home planted in the heart of a metropolitan city.

Also characteristic of Anderson’s stop-motion animal creations, Chapter III follows a group of humanoid cats who live in the house. After an unspecified amount of years, massive flooding occurred. The house now floats on a plain of water as far as cat eyes can see. Thankfully, after the nauseating middle segment, the final film gives its audience a chance to relax before its conclusion.

British director Paloma Baeza takes the helm and steers the ship to a satisfying conclusion in this final chapter. Floodwaters engulf the house, yet its owner, anthropomorphic calico cat Rosa, is determined to renovate the home for future tenants. Unfortunately, a flood drove everyone out. Only two other cats live in the townhouse-style residence and “pay” Rosa rent in the form of fish and crystals. When a strange guru hippie cat Cosmos visits, he threatens Rosa’s future goals for the house she has desperately attached to herself – and her identity.

Here, the third film ties The House’s themes of obsession, dissatisfaction, and ambition together with clarity. The soft fur and various fur colours for the cat puppet designs resemble the silky bodies of real felines. Ultimately, the film concludes with a hopeful message that will inspire viewers after enduring two chilling, mournful films in the first hour. It’s a film where relatability prevails over the complex or profound meanings offered by the other two chapters that may have left some viewers perplexed.

The screenwriter and directors craft believable realities, sucking viewers inside its dread-filled terror for 97 minutes and then spit them back into their own reality with nightmarish images planted in their skulls. Although the animals look cute, there’s nothing cute about the events twisting their sense of truth into miserable, warped purgatories. 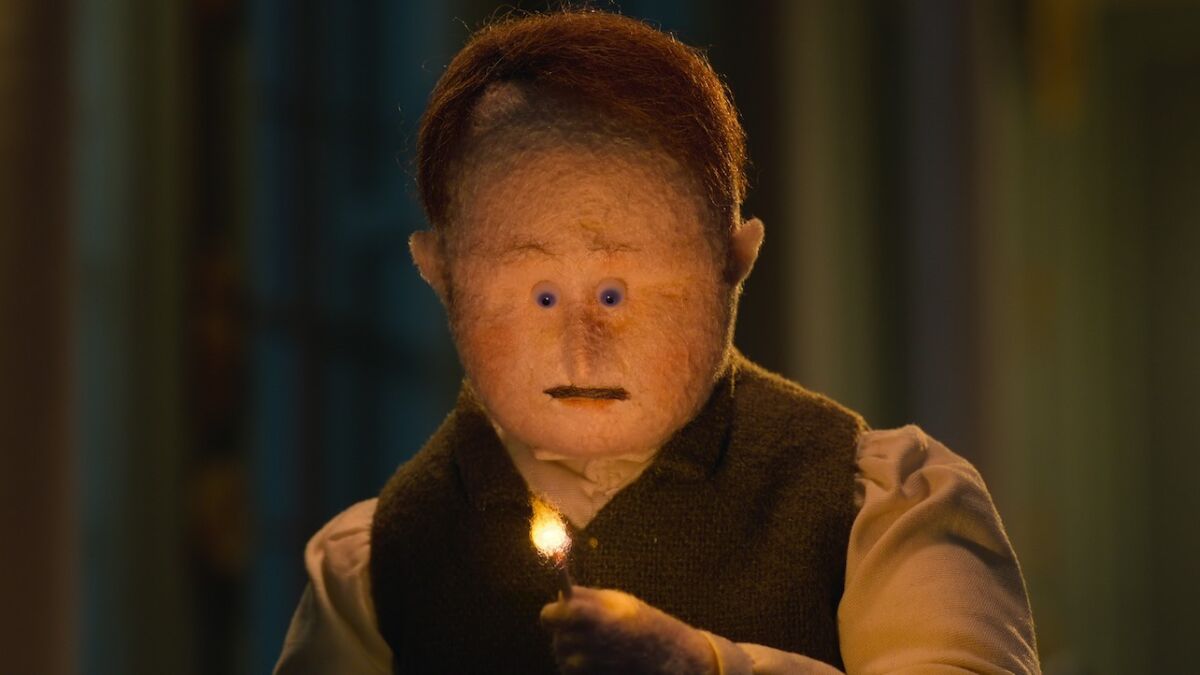 Verdict
The House presents show-stopping animation and features three talented directors whose sensibilities coalesce enough to craft an ethereally frightful horror film entry.
7.5
Cultured Vultures is a pop culture website established in 2013 covering all things gaming, movies, and more. We eat your words.
All The News On The Biggest Games