Alex Garland fails to deliver with this one. 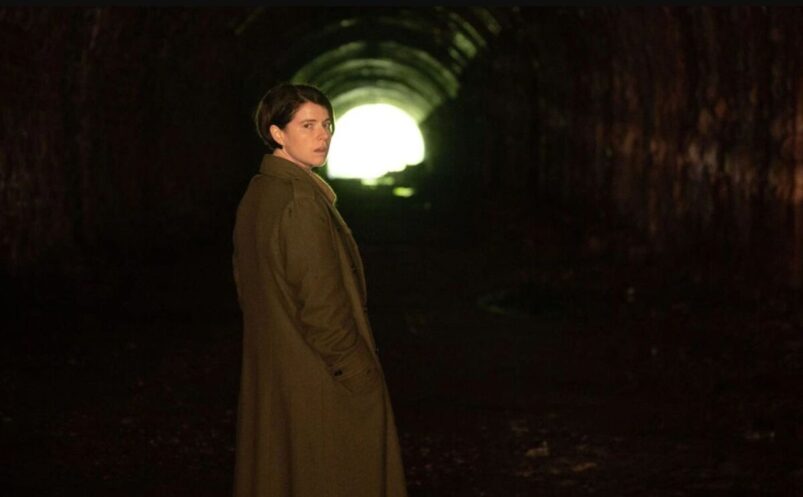 With Men, Alex Garland joins the ranks of Darren Aronofsky and Edgar Wright as a male auteur making an ultimately embarrassing attempt at a feminist film. But where Aronofsky’s mother! at least offers a visceral thrill ride, and Wright’s Last Night in Soho manages to be coherent, Men fails (almost) entirely.

The story, or rather premise as there isn’t much of a story to be found here, centers on Harper (Jessie Buckley), who’s taking a vacation in a country home after the death of her manipulative and abusive black husband James (Paapa Essiedu). It’s not clear whether his death was an accident or a suicide, one of many questions the film poses but does not answer. In flashbacks, shot in offputting deep orange light, the movie shows us the escalation of their final argument before his death, which leads Harper to feel like she may be responsible for James’ death.

These scenes are frustrating, not only because the only person of color in the film is a violently abusive black man (a casting choice that wouldn’t raise an eyebrow if James were white), but also because the dialogue is so incredibly on the nose that it’s impossible to get emotionally invested. It’s too clear that Garland wants us to know that he gets it ladies, he’s one of the good men. This feeling is only amplified in scenes in the present where Harper has to endure microaggressions from the men (all played by Rory Kinnear, who impressively differentiates the men through his physical and vocal performances) in the nearby town and Garland crudely focuses our attention on these moments, either pausing the dialogue a smidge too long after a comment or changing the camera angle to highlight an unwelcome touch.

This isn’t to say that no film can address the microaggressions women face. Silence of the Lambs brought attention to these actions more than 30 years ago in a way that built its world and made us further identify with the lead character. But the way that Garland frames these moments makes them feel like we as the audience are being forced to acknowledge that Alex Garland understands what women deal with more than anything else. Men often feels like a higher budget and much more self consciously strange Lucky, a film from 2020 that essentially offers the same #yesallmen thesis without any attempts to say more than that. For what it’s worth Lucky was written and directed by women, proving that it’s not only men who can write disappointingly pandering thesis films about gender.

What’s more frustrating than the weak and frequently embarrassing attempts at serious engagement with gender issues is that Men is aggressively confusing and impossible to connect with because it never offers us anything to hold onto in its narrative (or lack of narrative) or its themes. Most of the movie feels like a series of vignettes related to one another only by the very singular theme that never cohere into a story. Which is all the more frustrating because Garland introduces some interesting aspects that he then abandons.

Men initially gestures at religious horror as Harper eats an apple from a tree outside the country home, like Eve eating the forbidden fruit, and James’ wounds after his death seem to match those of Christ on the cross, but these allusions then don’t go any further. The film nods to science fiction and possible portals to other worlds early on when Harper enters a tunnel, turns back, and later finds it boarded up, but this is never again addressed. It at least carries its indication of being a folk horror film, which begins when Harper enters the beautiful old church in the town and finds a stoup carved with seemingly pagan figures representing male and female gods or entities, further into the narrative visually but once again never does anything interesting or comprehensible (narratively or thematically) with it.

It’s disappointing that Men fails, because it does have some strong aspects. The film offers an enveloping atmosphere built on the bright green of the woods where Harper walks, the dark shadows of the country home, and the beautifully unnerving score from Ben Salisbury and Geof Barrow that weaves together otherworldly choral arrangements and sparse acoustic guitar. Buckley and Kinnear are committed to the material, even when it doesn’t offer them much to work with, and are riveting simply because of that commitment. And the finale offers some of the most grotesque imagery in a widely released horror film in years.

Unlike mother! and Last Night in Soho, Men isn’t even brutally violent or intellectually and morally questionable enough to be offensive, it’s just beautiful, hollow nonsense. 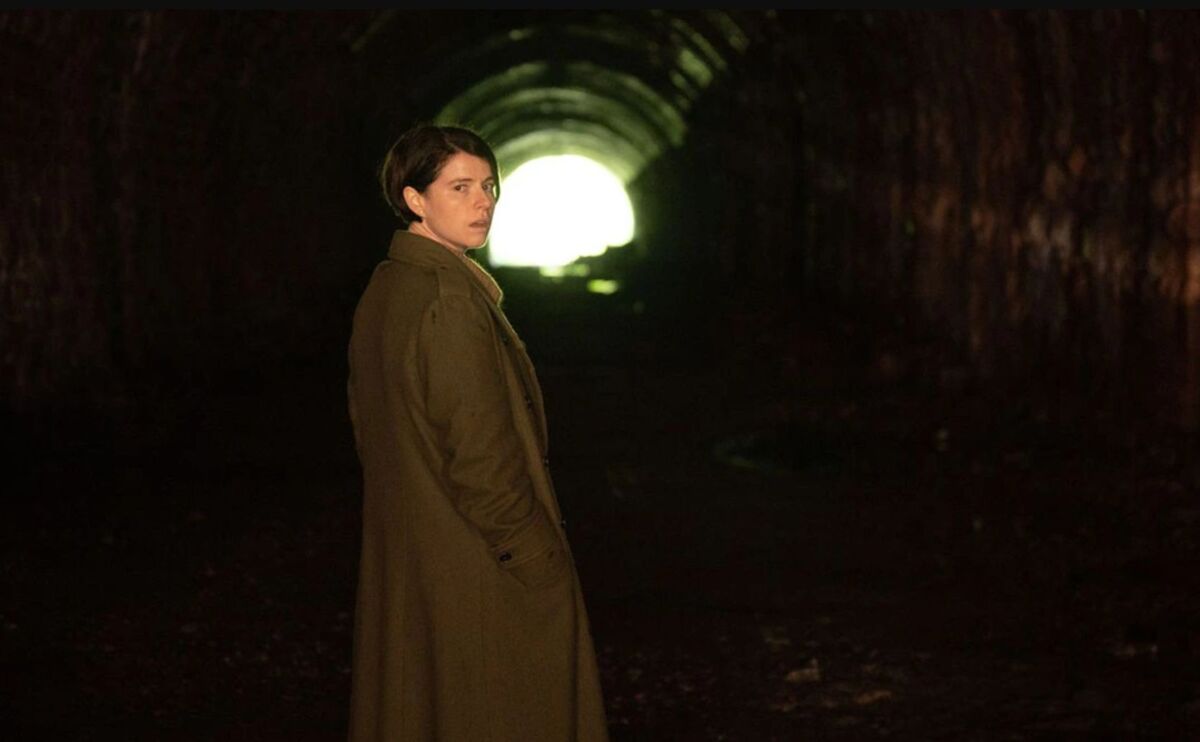 Verdict
Men offers some interesting visuals and an effectively unsettling atmosphere, but it’s too oblique for its own good, leading to a film that doesn’t offer audiences anything to hold onto beyond its generic “men bad” thesis.
3
Cultured Vultures is a pop culture website established in 2013 covering all things gaming, movies, and more. We eat your words.
All The News On The Biggest Games