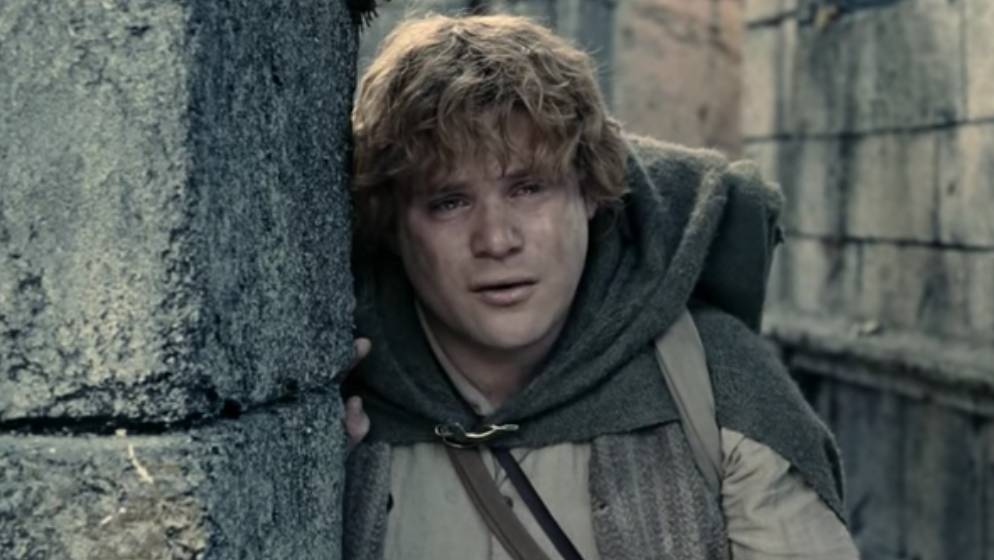 The Two Towers is, in my most humble of opinions, the best of Peter Jackson’s Middle-earth films. I don’t think this is too controversial a thing to say but I’m sure I will be corrected by someone on it. Anyway, the point is that there are a lot of moments in The Two Towers that I could have picked as the most memorable; Aragorn, Legolas and Gimli’s cross-country extravaganza and Gandalf’s super extra re-appearance in the forest are two that spring to mind.

I think we all know though that the real star of The Two Towers is the Battle of the Hornburg, aka the Battle of Helm’s Deep. The entire battle lasts about forty five minutes and it is undeniably spectacular. This article isn’t really about that though. It is about two minutes of magic that come at the end of the battle, and don’t even happen at Helm’s Deep itself.

The Two Towers has, up until this point, been a story of three parts. There’s Aragorn and his gang, who are happily reunited with Gandalf, save King Theoden from Saruman’s influence, and then end up fighting said battle at Helm’s Deep. Then there are Merry and Pippin, who escape from their Urak-Hai captors and meet Treebeard, spending the rest of their time persuading him and his tree friends to attack Saruman’s stronghold at Isengard. And then there’s Frodo and Sam, the most important of the parts, who are captured by Faramir of Gondor and have the bad luck of being in Osgiliath, the ravaged city, when the Black Riders come back for another pop at getting the Ring.

These parts have all been strictly separate up until the end of the movie. The tide has just turned at Helm’s Deep; as Aragorn and Theodon are leading a make or break charge out of the castle straight at the enemy army, Gandalf appears at the top of the hill, bathed in dawn’s light, and leads his own charge of Rohan’s banished riders, come back to save their people and their king. Merry, Pippin and Treebeard, along with all his friends, are raising merry hell in Isengard as a horrified Saruman watches from his tower. And Frodo, exhausted from his burden, has collapsed to his feet and told Sam that he doesn’t think he can go on anymore.

That’s when Sam steps up and makes his iconic speech. 148 words of excellence, and I am going to quote it in full, because if you don’t know this off by heart, I don’t know what to tell you.

“It’s like in the great stories, Mr. Frodo, the ones that really mattered. Full of darkness and danger they were, and sometimes you didn’t want to know the end, because how could the end be happy? How could the world go back to the way it was when so much bad had happened?

But in the end, it’s only a passing thing, this shadow. Even darkness must pass. A new day will come, and when the sun shines it will shine out the clearer. Those were the stories that stayed with you, that meant something, even if you were too small to understand why.

But I think, Mr. Frodo, I do understand. I know now. Folk in those stories had lots of chances of turning back. Only they didn’t, because they were holding on to something…That there’s some good in this world, Mr. Frodo. And it’s worth fighting for.”

As he talks, we see the other stories playing out in the background. Theoden declaring victory at Helm’s Deep, Aragorn’s bewildered look as though he can’t quite believe they’re still alive. Merry and Pippin watching as the river comes to destroy what is left of Isengard. Sam’s speech ties the three storylines together for the first and only time in this movie, but it is enough. I don’t think anyone watching this film would have any trouble following what was going on in any of the separate parts, but Sam’s words remind us that there was a Fellowship once, not too long ago, and they are all still working towards the same goal. It’s a clever, but simple, narrative trick.

It is hard to imagine now, but Sam’s speech was not part of the original script for The Two Towers. It was one of the many things added on to the movies in the lengthy reshoots that came at the end of main filming. (If you haven’t watched the DVD extras, by the way, I can absolutely recommend them). Peter Jackson and his team went back to the books, did some harvesting and some inventing, and came up with Sam’s words. The scene never feels as though it was tacked on at the last minute. In fact, it feels completely integral, as though the entire movie has been leading up to that moment. Gold star for whoever decided that we needed just a little something extra.

Sam’s speech resonates for several reasons, I think. It comes at just after the mid-point of the trilogy, when things are looking pretty grim all round. Yes, Aragorn and Gandalf have snatched a victory at Helm’s Deep, but only with a lot of sacrifice from the men and elves who fought at their side. Isengard is no more, but Saruman is alive to fight another day. Frodo and Sam are struggling more with every step closer to Mordor. Things don’t look good. The speech is, therefore, a note of hope in a film that has been completely without it for most of the time. Sam is encouraging Frodo, of course, but he’s also encouraging us as an audience. He’s literally voicing our thoughts for us as we watch our heroes struggle, and this speech gives us all a little bit of relief from that. I remember, vividly, listening to this speech for the first time and understanding it, even at ten years old. I understood that it was going to be alright, and I needed that. I’m sure it’s true for a lot of people, especially those who first watched these films as kids.

Secondly, it is timeless, and this timelessness is what you notice about it as an adult. Sam is talking about Middle Earth, but he’s also talking about life in general. JRR Tolkien was a soldier in the First World War, and Sam could just as easily be talking about that (and he probably is). Hope is a small and powerful thing, and we can’t help but listen to Sam’s words and apply them to our own lives, to the things we see going on around us. It’s impossible not to.

The greatest scenes from movies are the scenes that do another job, make us think as much as they tell us what we need to know. And Sam’s speech, unassuming words from an unassuming Hobbit, definitely manages that. It is a quiet moment in a film filled with noise, but that makes it all the more impressive for being as memorable as it is.