It was his parent's death that led Bond to MI6, so the death of a parental figure he cares for would have to be the last piece of the puzzle. 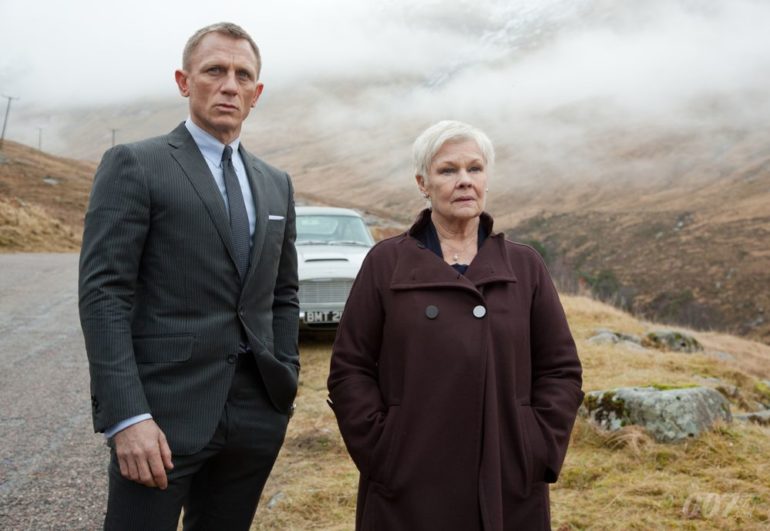 Skyfall is the jewel in the crown of the Daniel Craig James Bonds, a film where it all came together into what was an emotional and thoughtful finale to the Casino Royale/Quantum of Solace/Skyfall triptych. They did a great job with Craig’s Bond. From the first moment he appears on the screen he is rougher and less put together than the Bonds who have come before him. They were basically making prequels with these films, and Craig Bond was fully embraced in that concept.

For me, watching Craig Bond was the first time that he felt like an actual character, rather than a collection of ideas. Gone were the rubbish cheesy lines (mostly), and by Skyfall at least, he’s definitely got less time for random women. I also just happen to think that Daniel Craig is an excellent actor, and they did him a lot of favours by surrounding him with other excellent actors; from Rory Kinnear to Eva Green to Ben Whishaw, there’s a lot of great British talent in the trilogy. And then, of course, there’s Judi Dench.

She should have been the fly in the ointment of the idea that these are prequels, seeing as she appeared with Pierce Brosnan back in his day, but because it is Judi Dench and she is an actual queen, nobody was that bothered about it. And thank goodness that they weren’t. She’s clearly having the best time in these films, especially Skyfall, and I’d argue that her character is formative for Craig Bond.

He is a bit like a wild tiger, brash and impulsive – especially at the start of Casino Royale – and she is the one to put a hand on the collar and bring him to her side. You’re still not sure if he will bite, but M knows at least that he won’t bite her. Because of this, her death at the end of Skyfall ends up feeling like the thing that the entire trilogy has been leading up to.

Skyfall is a remarkably insular film, for a Bond episode, and especially compared to Casino and Quantum. There aren’t that many trips to exotic locations and, apart from Javier Bardem’s Silva (Best. Villain. Ever), all of the main cast are members of MI6. Most of it takes place in London, and then literally at the most isolated house in Scotland. It couldn’t be more of a visual metaphor for Bond that he brings M to his childhood home in an attempt to keep her safe, and that the only other person who seems welcome in the space is Kincade, the gamekeeper who helped to raise him. Bond’s world retracts to that house and those people, the closest he has to parents, in that moment of crisis.

It seems inevitable then, knowing what we do of Bond, that this formative trilogy of prequels would end with M’s death. It was the death of his parents that led him to the Secret Service in the first place, so the death of a parental figure he clearly cares for would have to be the final piece of the puzzle when it comes to who he would be for the rest of his life. The cool and untouchable Sean Connery had to come from somewhere, after all.

I don’t know if they had the end of Skyfall planned from the start of Casino, when they decided to keep Judi Dench. They probably didn’t, but what a stroke of luck that they did, because her chemistry with Craig is brilliant, and her performance is unmatched, even by Bardem. She can toe that fine line between ruthless leader – ‘Take the bloody shot!’ – and human with actual emotions – ‘Too many people are dying because of me’ – and make it completely believable as she does it. And, of course, she dies beautifully at the end. It is the stand out scene in the movie.

By the time the film brings us to that little chapel, everyone is exhausted. Even Silva is tired, desperate to bring the game to an end so that he can rest. Something about the little chapel, lit by orange firelight, really helps to convey this mood. I think by then we already know that M isn’t going to make it. They’ve made too big a deal of her wound for it to mean anything else, but we are still hopeful.

As it is, M’s death provides the emotional catharsis that Bond has needed since Vesper died in Casino, perhaps even since his parents died. Bond wasn’t there that time, but he can be here for this. He can hear M tell him that she is proud, that she did ‘one thing right’. When Bond cries and kisses her forehead, it is the act of a man who hasn’t known his value up until then. M says earlier that ‘orphans make the best recruits’, and I think she can only mean that orphans have nothing to lose, and are always looking for approval. If that doesn’t describe Daniel Craig’s Bond then I don’t know what does.

Everything we think we know about Bond has been stripped away by the time we end up here. The camera pulls away from the three of them, away from the scene, because we don’t need to see anymore. It is his most vulnerable moment, with only Kincade to witness it. Bond wouldn’t, we know, react to M’s death in the way he does if anyone else was there to see it. But he trusts Kincade because, we are sure, Kincade might be the only person in the world who has seen this before.