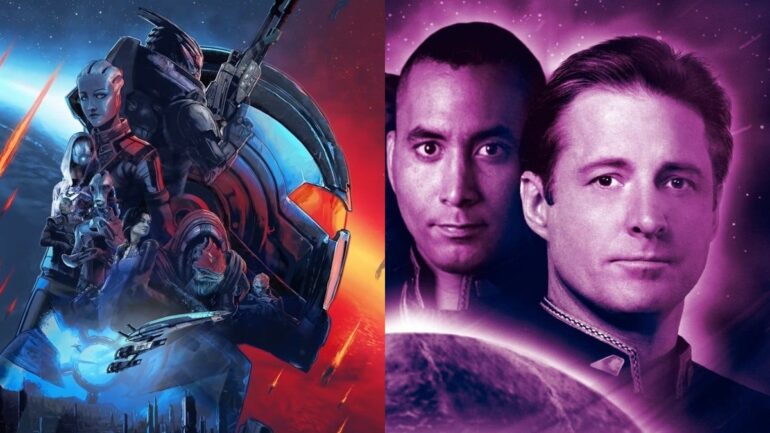 It’s fair to say that the Mass Effect series wears its influences pretty blatantly on its sleeve. While it’s a fantastic piece of science fiction as a whole, some of the elements have been inspired by other fiction. There’s nothing wrong with that of course. Creative works are often influenced by what’s come before them, so it’s only natural that Mass Effect drew from the big hitters of the genre.

There’s plenty of obvious influences and parallels to note when talking about Mass Effect. The biotic powers that a lot of the characters use could be seen as a form of space magic, not unlike Star Wars and the powers of the Force, while being an Earth military commander of a starship filled with a diverse array of characters from across the galaxy is practically lifted straight from Star Trek. However, there’s one sci fi franchise that shares plenty of similarities with Mass Effect: Babylon 5.

Launching in 1994 and created by J. Michael Straczynski, one of the most prolific writers in history, Babylon 5 was a TV show set on the titular space station. Set 200 years in the future, the Babylon 5 station was created as a means to promote a neutral ground for diplomacy and trade negotiations across the galaxy, away from the dangers and real threats of intergalactic conflict.

If you’re reading that thinking it sounds a lot like the Citadel in Mass Effect, you’d mostly be right. There are some key differences, sure, as the Citadel is a highly advanced space station created by an ancient race that’s now become the galaxy’s unofficial capital city, while the Babylon 5 space station was built by humanity in response to some very real intergalactic conflicts that required the creation of a safe, neutral space. 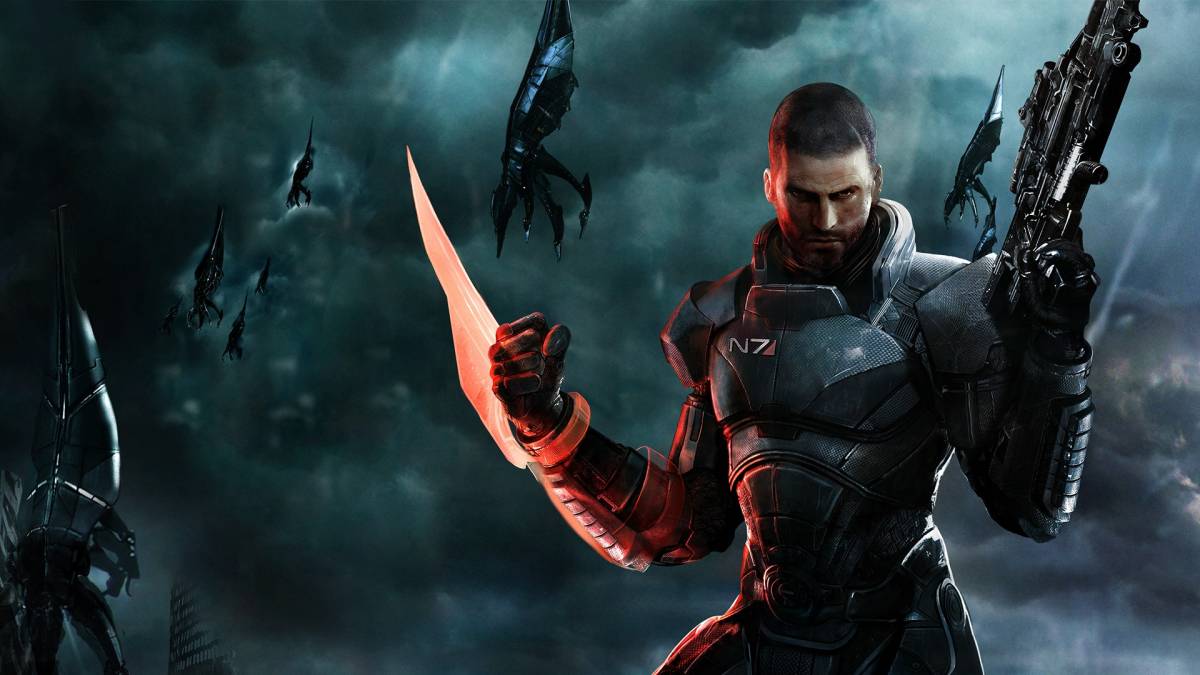 Philosophically, the two spaces feel quite similar, as they both feel like a celebration of the various cultures and aliens that call the galaxy home. They’re huge cultural melting pots with pristine meeting areas on the surface and seedy criminal underbellies lurking underneath. Both the Citadel and Babylon 5 house embassies for the various major races to make political decisions that affect the galaxy as a whole, and while Babylon 5 doesn’t have a Council like Mass Effect which governs the entire galaxy, through both there’s a clear sense of “main character races” and “job squad” side characters. B5’s focus on the Centauri, Minbari and Narn could be translated to ME’s Turians, Asari and Krogans.

There’s other aspects to the Mass Effect story that run parallel to Babylon 5, with humanity’s first contact with aliens leading to a war that almost devastated the human race being a key world building plot point that explains some distrust between humans and other alien races. The Reapers in Mass Effect also share some similarities to the Shadows in B5, with both being ancient races that plot the downfall of all organic life within the galaxy.

Both projects were even approached and developed in similar ways. JMS has gone on record multiple times in the past to say that Babylon 5 was like a “novel written for television”, with that five season structure planned out from the beginning. Mass Effect was developed in the same way, with lead producer Casey Hudson confirming in an interview for Mass Effect 2 that the overarching plans for the original trilogy were mapped out ahead of time:

“We’ve always known where the trilogy was going on the highest level, thematically speaking, through all three stories. But then as we get into developing each game, that’s when we get down to the mid-level, like what are the actual workings of the plot and major characters and such.”

It’s worth mentioning again that most works of fiction feature some kind of reiteration of another form of media, whether intentional or not. The Expanse creator James S.A. Corey summed it up best on Twitter, as he seems to frequently deal with people telling him that he ripped off Mass Effect. He wrote: “For a large number of younger people Sci Fi began with Mass Effect. Especially those who don’t read much. If you don’t read the genre you don’t realize we’re all just playing in the stuff left behind by [Frederick] Pohl and [Ursula K.] Le Guin and [Robert A.] Heinlein and [Fred] Saberhagen for these stories.” Corey himself even said he would do the same.

In reply to the above tweet, someone wrote that they felt Mass Effect borrowed elements from Babylon 5, to which Corey states: “We all borrowed from Babylon 5. And it borrowed from everything.” Even Cory Barlog, Creative Director at Sony Santa Monica, chimed in to state that he borrows from Babylon 5 all the time. Taking ideas and inspiration from other sources isn’t a bad thing necessarily, it’s all about how you implement it. It just so happens that Babylon 5 and Mass Effect implemented similar core ideas and production philosophies in a way that broke new ground for their respective mediums.

In some ways, perhaps Babylon 5 and Mass Effect are so intrinsically linked because they mean the same to their respective industries. Babylon 5 was the sci-fi TV show that revolutionised the TV medium, with JMS stating in interviews that the show’s five season storyline went on to influence other, similar TV shows:

“Ronald D. Moore sent me a copy of the Battlestar: Galactica pilot script to look at with an eye toward using our multi-year structure, and Damon Lindelof later told me that they borrowed our structure straight up for Lost. Those two shows further crystallized the five-year arc structure, and within fellow geek circles, that really made a huge impact even though initially you didn’t initially see it happening in the mainstream shows.”

Mass Effect, for a lot of people, feels like the gaming industry’s equivalent of Babylon 5 as a cultural touchstone. There’s a great article on TheGamer from Kirk McKeand about how Mass Effect inspired the gaming industry as a whole, and what’s interesting to note about the article is how different aspects of the game appealed to different people. Some felt drawn to the writing and set pieces, with Deliver Us The Moon game director Koen Deetman citing the opening to Mass Effect 2 as inspiration. Others were drawn more to the consistency of your choices across all three games.

To be honest, I went into writing this article as just a simple “heh, look at the cool similarities”, but there’s more to it than that. Like James S.A. Corey said, Babylon 5 borrowed from everything, but in doing so it became a landmark TV show and prized piece of science fiction history. It’s no surprise that Mass Effect has managed to share a similar fate by following a similar structure.