Marvel's in it for the long game. 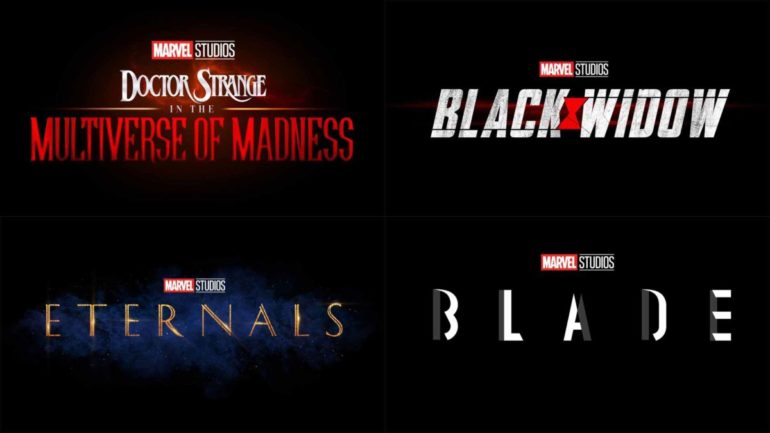 We wanted more information about phase 4 going into Comic Con, and Marvel absolutely delivered. They just unveiled the whole set of movies that will be a part of their phase 4. Some of these are expected, others involve raised eyebrows and hanging mouths (from the stunned excitement of course).

We have speculated for some time that Blade might get a reboot to properly insert him into the newly established Marvel universe. The titular character will be played by Oscar winning actor Mahershala Ali. For those of us who watched him play the villain in the Luke Cage TV series, Ali’s inception into the superhero universe is not a surprising thing, and I can’t wait to see his portrayal of this iconic character. Wesley Snipes is a tough act to follow, but Ali will most definitely deliver.

This one is expected news. Scarlett Johansson will be joined by David Harbour (of Stranger Things fame), Florence Pugh, O-T Fagbenie and Rachel Weisz. The movie will be directed by Cate Shortland, who is best known for her female-centred narratives in a variety of genres such as Berlin Syndrome (thriller) and Somersault (romance). Black Widow will hit our theatres May 1st, 2020.

Guess all the casting rumours about Angelina Jolie and Richard Madden have been cast in stone. The two will be joined by a star-studded cast including Kumail Nanjiani, Lauren Ridloff, Brian Tyree Henry, Salma Hayek, Lia McHugh and Don Lee. The Eternals will be coming your way November 6th, 2020.

As previously announced, we are going to get a fourth Thor movie. Taika Watiti returns as director, with Chris Hemsworth back as Thor. According to Polygon, the movie will take its direction from The Mighty Thor run in the comics, which had a female Thor introduced to the series. Natalie Portman is said to have walked onto stage when this was announced, holding Mjolner. Tessa Thompson will return as Valkyrie, who is now in charge of Asgard, whose narrative may also involve finding herself a queen. Thor: Love And Thunder will be released November 5th, 2021.

Doctor Strange In The Multiverse Of Madness

Wow, this movie title is quite the mouthful, but then again it’s Doctor Strange, so normal is the last thing we should expect. With Elizabeth Olsen joining the cast, looks like Scarlet Witch is going to be teaming up with Doctor Strange. According to Screenrant, her appearance will somehow connect to her TV series WandaVision. Benedict Cumberbatch will return as Doctor Strange, with Scott Derrickson back in the director’s chair once more. Doctor Strange will be in the cinemas May 7th, 2021.

Shang-Chi and the Legend of the Ten Rings

Shang-Chi and the Legend of the Ten Rings will star Simu Liu, Awkwafina and Tony Leung, directed by Destin Daniel Cretton. Cretton has worked with Marvel’s Brie Larson on quite a few movie projects, and it will be exciting to see the vision he has for the film. Expect to see Shang-Chi in theatres February 12th, 2021.