GAME REVIEW: Mafia 3 – An Offer We Can Refuse 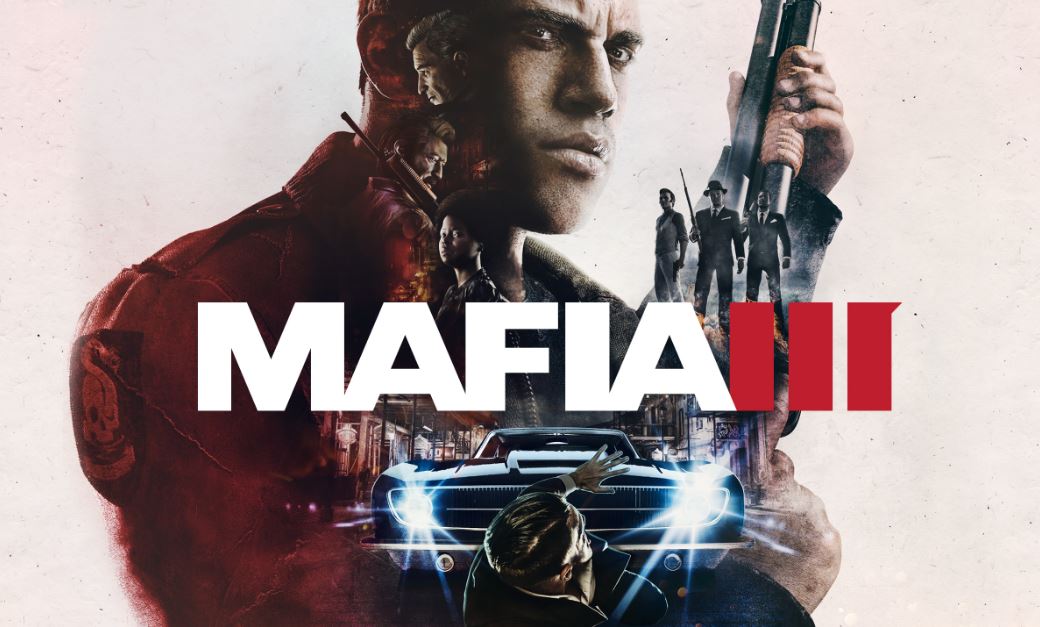 -Lincoln Clay is an interesting, likeable protagonist, and is completely unique to anyone we have been able to play as in a videogame before.

-The voice-acting is outstanding, and the cut-scenes are amongst the prettiest I’ve had the pleasure to watch.

-A compelling story which faces the racial issues of 1960s America head-on.

– No car customisation options, nor the ability to change Lincoln Clay’s look.

– A barren open world, with no side missions that aren’t directly linked to the main story.

My time with Mafia 3 so far has been a contradicting mixture of highs and lows. On the one hand, the story is one of the best of this entire generation, but on the other, repetitive gameplay and a barren open-world prevent this title being the must-own action game it should have been.

Without a doubt, Mafia 3’s saving grace is its story. At the very beginning the main protagonist, Vietnam veteran Lincoln Clay, is betrayed by the Italian Mob and left for dead, which motivates him to take revenge by taking apart the Mafia piece by piece, and then rebuilding it with help from his three under-bosses. It all sounds very clichéd, but the way the plot unfolds is refreshing. Told via flashbacks years after the events of the game’s story, there is an air of mystery which is utterly compelling. Combined with the series’ knack for excellent characterisation, I felt immediately invested in Lincoln Clay’s world. The protagonist is extremely likeable, and the supporting cast is built up of well-drawn characters who you will either root for or want to see swimming with the fishes.

The game takes place in the city of New Bordeaux (a fictionalised version of New Orleans) in 1968, one of the darkest years in American history. I have to take my hat off to Hangar 13 for not shying away from the awful racial issues of that period. As a black man, Lincoln Clay will be called the n-word as he wanders the streets, and it is genuinely shocking the first time you hear it. If you commit a crime in a black neighbourhood, the police response time will be noticeably slower than if that same crime was committed in a white neighbourhood. If you steal a car in a poor area, the police may not even turn up at all. Police officers will refer to Lincoln as ‘boy’, and if a cashier catches you loitering in his store he won’t hesitate in calling the cops. It is these little details that make New Bordeaux completely unique to any other open-worlds in the genre, but unfortunately once you peel away the socio-political overtones of this beautifully realised world, it all feels a bit empty.

There are plenty of missions to complete in Mafia 3, but they are all geared towards progressing the story. I may be alone, but I really wanted to see side-missions and mini-games that provided a welcome distraction to the main campaign. I wanted to be able to encounter random NPCs and perform unusual tasks, much like in Red Dead Redemption. Unfortunately, this isn’t the case at all. There are a few collectibles to find, but there’s absolutely nothing that makes the player want to take a break from the story missions and explore New Bordeaux at their leisure, because the simple fact is that the huge map is barren and severely lacking in things to do. It’s a real shame, and it irritates me so much. Why spend years creating a gorgeous world, when there is no incentive for the player to explore it?

It’s fair to say that the main missions bring nothing new to the genre. They mostly follow a well-worn and basic formula: drive here, kill a bunch of goons, escape. The gunplay is fun at first, but once you’ve cleared a few buildings full of mobsters and taken over a couple of districts, the repetitiveness of it all becomes too much too bear. The shooting mechanics are satisfying, but the enemy A.I isn’t great. I once seized an opportunity to stab a gangster in the face, and the guy standing next to him just looked on in bewilderment. The driving is okay, although a bit too heavy for my taste. I would say it’s far better than the driving mechanics in Watch Dogs, but a far cry from the technical genius of GTA V’s individually tuned motors.

There are choices to be made in Mafia 3, but they don’t affect the game world as much as was promised. Once Lincoln takes over a district, he has to decide which one of his three lieutenants to give it to: Cassandra, Burke, or Vito (the protagonist of Mafia 2). Your choices open up a wealth of benefits, ranging from a mobile arms dealer to a phone dispatcher who will cut the phone lines to prevent potential witnesses of your crimes from contacting the police. There are also two different endings to the story, but these are only the result of your final actions, not a consequence of decisions made throughout the game. Considering how lacklustre the gameplay is, it’s probably going to be a real chore for players to play the entire game through twice just to discover the alternative conclusion.

Mafia 3 does an excellent job in delivering a sense of time and place much like GTA: Vice City did for the 1980s, and the fantastic plot will make you want to keep ploughing through the repetitive missions to reach the climactic finale. However, I can’t help feeling that if as much time was devoted to the gameplay mechanics and mission structure as it was to the story, Mafia 3 definitely would have been the game of the year contender that it should have been.