My Mad Fat Diary: A Look Back at the Beloved Teen Drama 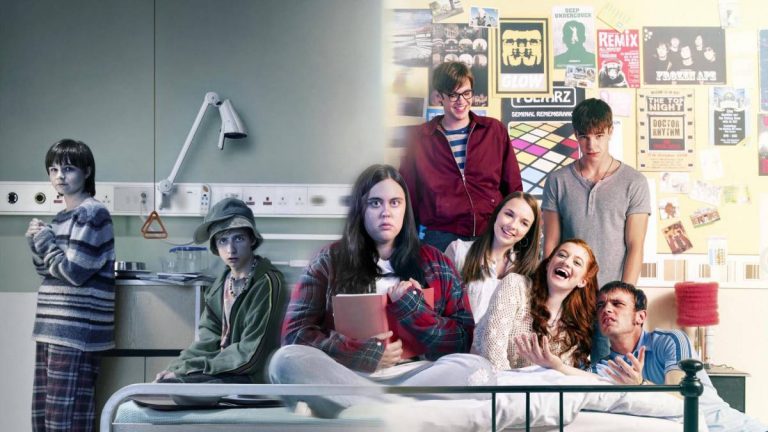 If you couldn’t tell by the title, this is not a show that dances around weight issues. It confronts them head on, tackling with often heart-breaking realism, the issue of what it is to be a young lady struggling with poor mental health and low self-esteem. Set against a soothingly nostalgic 90’s setting, our shamelessly working-class protagonist Rae is witty, intelligent and the glue which holds her friendship group together.

Although there is much of Rae’s background and setting that I cannot personally relate to, having been a chubby teenager, so much of this brutally honest show rings true. In fact, I will never forget the moment in Season 2 when Rae discloses to fickle frenemy Stacey why she feels so anxious when eating in public – to say it hit the nail on the head on the head would be an understatement.

Rae dates the local neighbourhood hottie – the fittest lad in their year at school, although she often wonders how he could possibly be attracted to her and if it’s all some kind of sick joke. She often comments on how terrible they must look together, a fear that is all too well known by many of us that have entered into a relationship with a significantly slimmer partner – the crushing paranoia of feeling like you’re not good enough, despite your partner’s best attempts to show that their affections are genuine and that size doesn’t come into it. At one point, this leads her to seek relations with somebody she feels is more in her league, but only finds it to be further upsetting.

However, it’s not all doom and gloom. Rae’s bluntness and colourful vocabulary when describing her intimate relationships will bring you to tears laughing. Her loyal, if at times utterly clueless friendship group, always has her back. Her eye-rolling sarcasm when confronted with frustrating and, at times, condescending advice from her therapist, family and educational advisers is refreshing – I’m sure many of us have fantasized about verbally lashing out in such situations and of having the ability to vocalise our responses so succinctly.

When it comes to under-age alcohol consumption, the house parties and nights out feel like a much more accurate representation of adolescence than in many shows which take it to extremes, portraying drug-addled sexual deviants as opposed to the simple concept of teenagers seeking escapism from exam and career stress – of course, there are still going to be some mistakes made along the way.

Although the finale does not promise a happy ever after, it does show a great personal development and the potential for Rae to achieve the happiness that she truly deserves – a happiness that is not handed to her and that does not stem from her relationships, but that she will find within herself as she learns to cope with her issues without therapists to fall back on and without burdening those that surround her. It serves as a reminder that regardless of whether the circumstances that we find ourselves in are directly related to our actions, it is only us that can solve them and that the role of a therapist is merely to provide us with any tools that may help us on our journey. We don’t get a fairytale ending because people don’t recover overnight. However, the series leaves us on a positive and inspirational note as Rae begins to take the steps that she believes will help her move forward.

Overall, whilst My Mad Fat Diary isn’t an entirely ‘warm and fuzzy’ show – it is jam-packed with realism, hilarious lines and a sterling 90’s indie/alternative soundtrack which will have you reminiscing over the simpler times before the existence of social media and smart phones, featuring artists such as The Smiths, Oasis, The Verve, Blur, Weezer, Eels, Beck and The Cure. The soundtrack is available for free listening on Spotify.