Who Is The Longest Reigning NXT Champion? 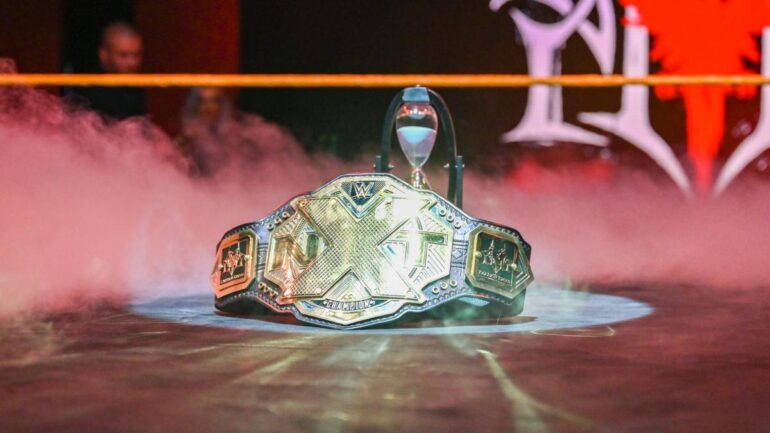 To be crowned NXT champion is an honour reserved for only the brightest prospects, those that will lead WWE and the wrestling industry into new eras and beyond. It has been handed to some of the most prolific indie darlings that have ventured into the big leagues, sporting a diverse lineage that includes super-heavyweights like Samoa Joe and Keith Lee, technical masters Finn Balor and Johnny Gargano, and veteran stars such as Shinsuke Nakamura and Bobby Roode.

Where the list of NXT superstars that have ascended into the Hall of Champions is impressive, to say the least, there is only one man that stands head and shoulders above the rest as the longest reigning NXT Champion of all time, and that man is Adam Cole, who had a stranglehold on the championship for a total of 396 days.

The leader of the Undisputed Era was destined to one day hold the NXT Championship, with many fans speculating that his UE counterparts would simultaneously be alongside him draped in gold. It was a prophecy that eventually came to pass at NXT: TakeOver XXV, where Cole defeated his nemesis Johnny Gargano in a stellar main-event.

Cole would go on to face and defeat the likes of Matt Riddle, Tommaso Ciampa and even a returning Finn Balor during NXT’s most mainstream period before the arrival of AEW: Dynamite. The Undisputed Era dominated NXT for the best part of 2019 and 2020, finally splitting paths in 2021 when Adam Cole betrayed Kyle O’Reilly and set-up their titanic blood-feud.

NXT is best known for its lengthy championship reigns, with some spanning over two years down in NXT UK. Will anyone ever break Adam Cole’s NXT Championship record? Only time will tell.

READ NEXT: Who Is The Longest Reigning WWE Champion?