Hard at work or hardly working? 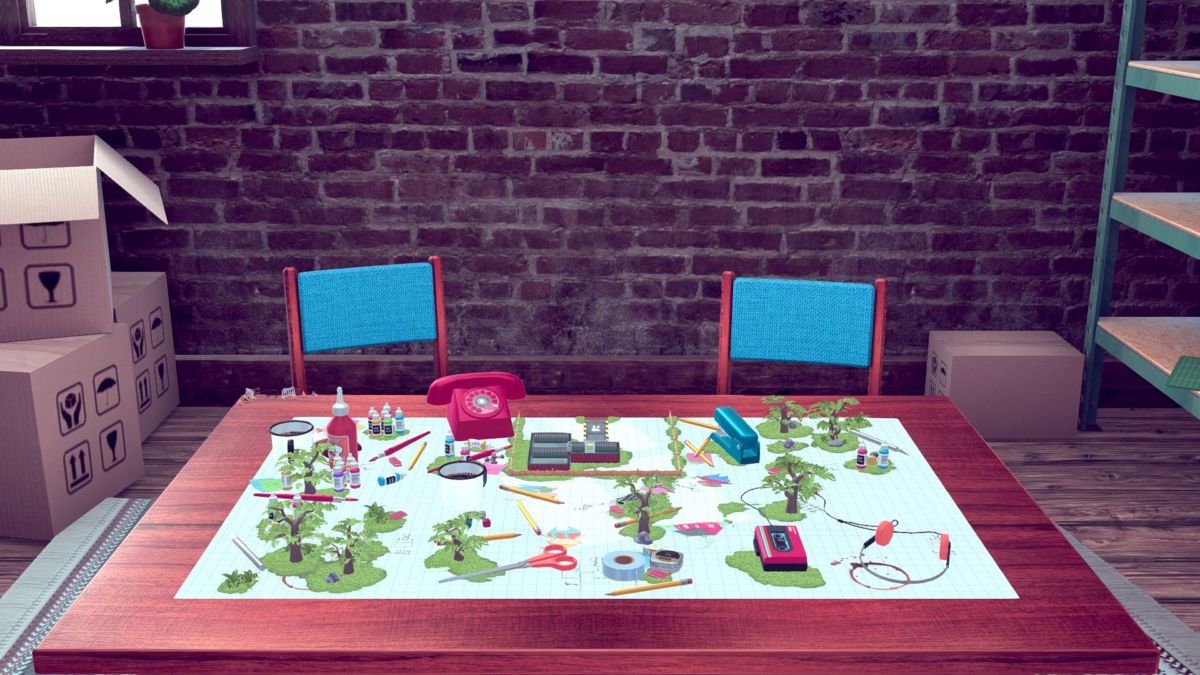 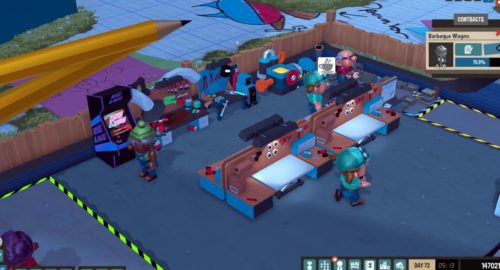 As a teenager, my first job ever was working in a cabinet shop as a simple craftsman. I’d work to take in shipments of particleboard, laminate large pieces of wood before moving them down the assembly line, and clean up the assembled cabinets before moving them to the shipping department.

At the time, everything worked because that’s how I imagined all businesses worked, but after playing Little Big Workshop, the new product from developer Mirage Game Studios, factory layouts are far more complex than my tiny 16-year-old mind could fathom. And though factory logistics are no simple matter, Little Big Workshop handles it in such a way that it’s easy to learn and friendly enough to engage even the most haphazard gamers. 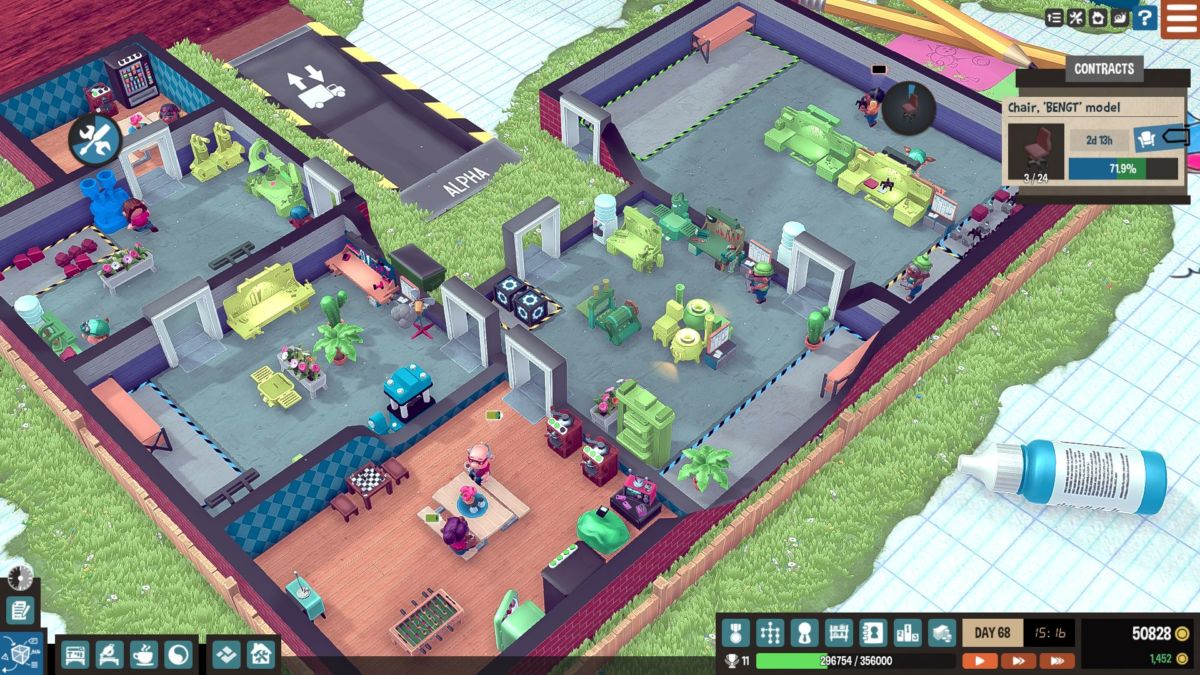 As a brand new factory owner, you’ve been placed in charge of a simple building with a pair of newly hired operators. Upon getting a call from the newly opened Crazy Steve Enterprises, he requests you make some garden gnomes to support his and your new businesses. You buy your first woodworking station, and so begins your time in Little Big Workshop. After a few simple odd jobs, you find new companies to befriend, giving you bigger orders to fill with more complex components.

Between major jobs, you can also choose different items from a market to keep afloat while waiting for the next request. The game does a good job of giving simple milestones that, upon completion, open up further tools to craft and assemble more efficiently. After moving past the simple gnome, you might find your factory building plastic food toys, bicycles, robots or even some cabinetry. 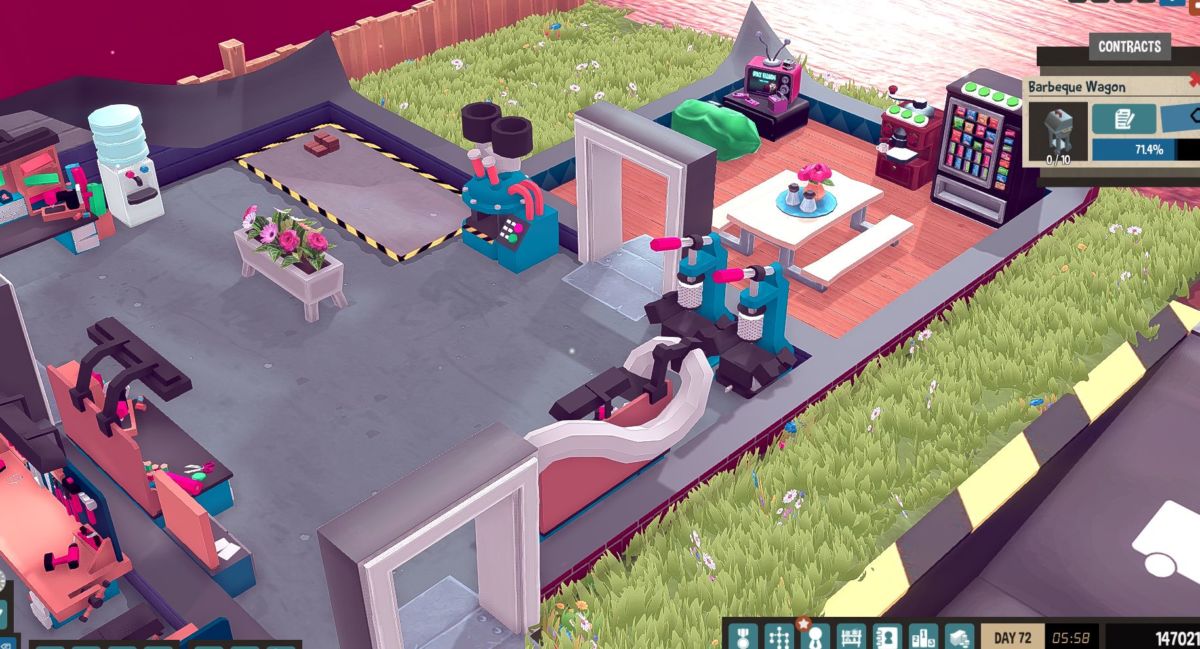 The factory life is presented in cartoonish colors, with the factory itself depicted as a blueprint in someone’s office. Props around the table lay just out of sight for your workers, and the blueprint lines are just outside the walls. Newly hired operators and haulers fall in as toy figures that come to life and get working, while machines and decorations come in as simple boxes that spring to life once constructed.

The music is comprised of simple acoustic tracks that give off a quiet, breezy vibe. Everything points to a feeling of relaxation while you operate your small business. For someone who gets stressed at the sight of competition, this game had me taking it slow and steady to build up profits. It’s a nice change from other games that put emphasis on deadlines and leaderboards. 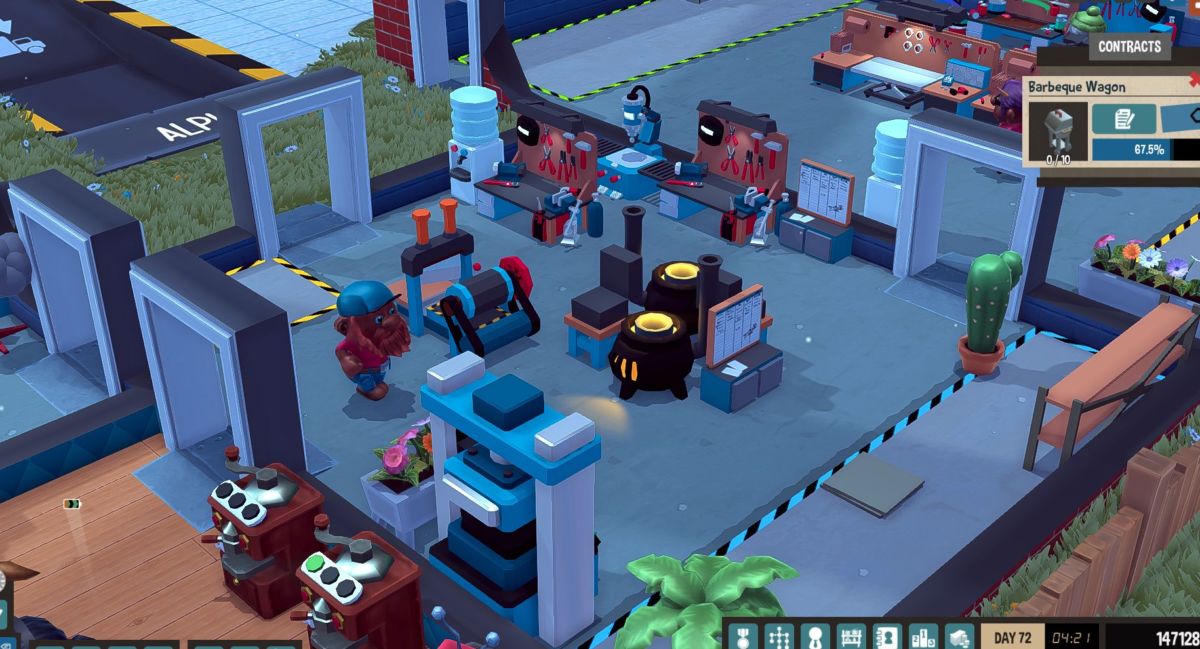 Playing through Little Big Workshop quickly reminded me of another game that made a splash in the construction simulator scene. Indie title Factorio, which went into Early Access back in 2014, shared a similar goal, requiring the player to build out complex, efficient assembly lines to create products of increasing difficulty. But where Factorio went for a more ruthless, unforgiving logistical hellscape, Little Big Workshop looks to nudge you in the right direction without punishing the little mistakes that come with learning. So long as your factory stays afloat, everything continues to progress.

You do pick up contracts from your business friends, but missed deadlines generally only punish the player by taking away the reputation you would have earned. The completed products still ship out, and the others can be sold to the market after you finish the order, so profits still come from failures. There’s a handy counter under your available cash that gives a simple indicator of the expected profits per hour, leaving little mystery to the success of your product choices and assembly lines. 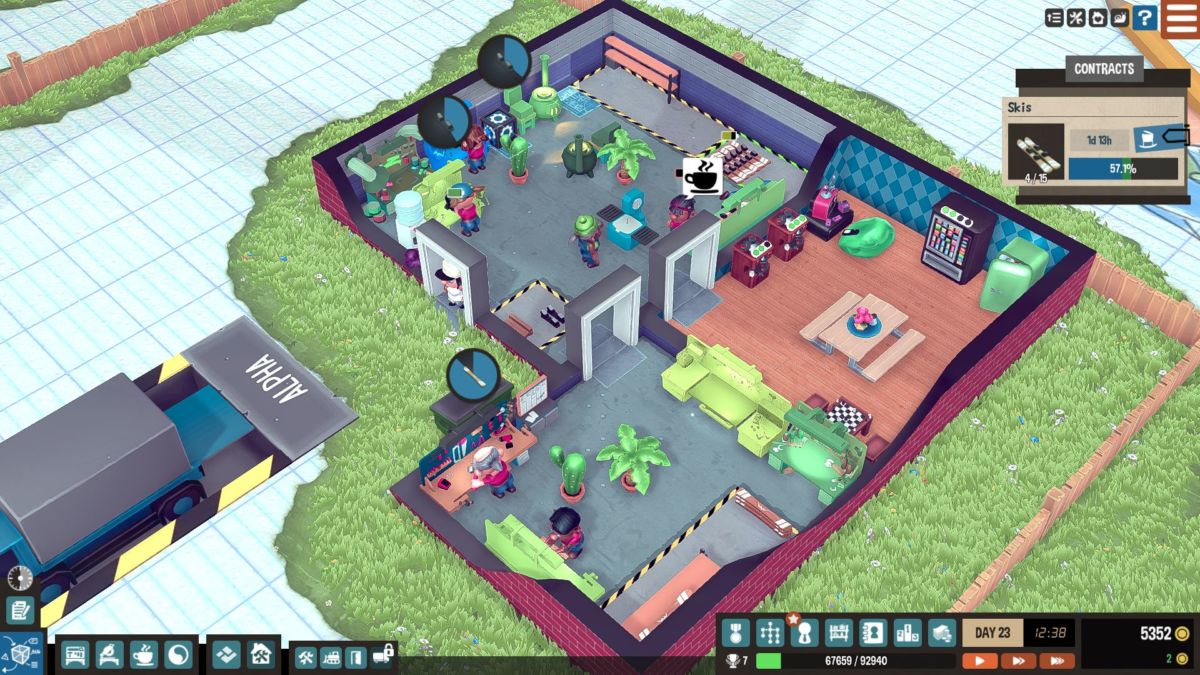 In management simulators, major milestones tend to be self-appointed with perhaps an “endgoal” given by the game. However, Little Big Workshop does a great job of giving milestones, especially in the early going, that keeps you moving forward at a steady pace. And with those milestones come further options, always keeping you working towards attainable goals in the near future rather than leaving you to flounder on an early plateau. Progression equals research points, which can be spent to open upgrades and new professions for your operators. Get far enough in, and you can specialize your factory to mass production or designer production, depending on how you want to play.

Little Big Workshop has the player control the overall workflow of your shop without taking direct control of the workers within, which leads to a few frustrating features. Stumbling is a real issue for the workers, causing them to randomly lob their carried items in any direction. Sometimes that direction is directly outside of your factory, but there’s apparently no ceiling in place since the item goes up and over the walls, falling onto the grass outdoors. Now, one of my operators has to run all the way around the factory, pick it up from outside, and slowly tote it back inside. Luckily, there are ways to alleviate the stumbling issue, but roofs are a standard feature on factories with heavy machinery.

Curiously, there’s no pausing the game to look at all the data you’re given. You can check charts for worker satisfaction in various rooms, factory congestion points, budget numbers and even machine condition, but only while everything continues to function. This isn’t a big deal since projects can take multiple days of time, which would be perhaps an hour of real time when run at regular speed, but random events can occur, machines can break down, and it gives me anxiety to set my whole attention on a chart of numbers. The only times work halts is when you’re either planning out a new blueprint for an order or you’re checking game settings. In a game about minimizing time wasted though, you’d think there’d be a pause feature.

Little Big Workshop is a more relaxing take on the management simulator that’s built to appeal to the logistician in all of us. It has those finer details to challenge the most grizzled factory manager while also setting up regular goals for those who can get easily lost in the numbers. Give Little Big Workshop just a bit of time, and it’ll hold your attention for hours on end. I just wish I could pause those hours to take inventory.

Verdict
Little Big Workshop is a factory simulator built for the masses. It gets the little details right while setting up big goals for those new to the genre, even if the little workers can cause headaches at times.
8
Cultured Vultures is a pop culture website established in 2013 covering all things gaming, movies, and more. We eat your words.
All The News On The Biggest Games