Why Was Liam Neeson’s Taken A Box Office Hit?

Was it the phone monologue that drew you in? 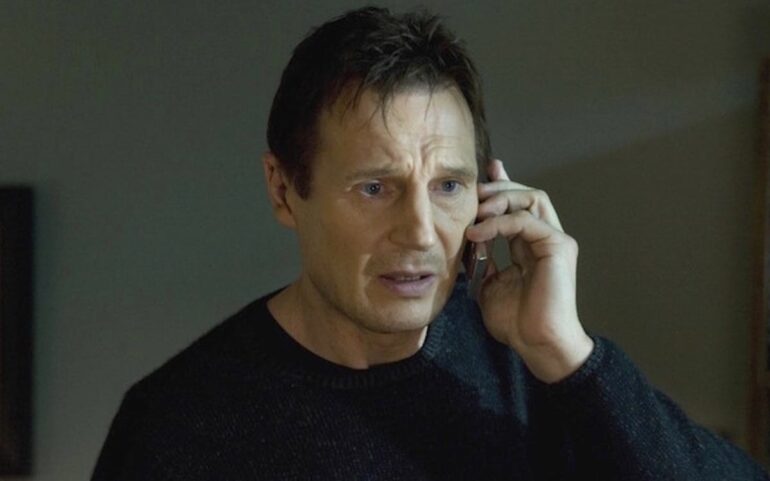 In an interview with Entertainment Weekly about his recent film Made in Italy, Liam Neeson was frank about his position on Taken. While he pushed to do it due to his eagerness to take on more of an action role, he never thought it would be the success that it became.

He said: “Well, this is going to go straight-to-video. A short little European thriller, it might play okay for a couple weeks in France and then it will go straight-to-video.” But the film surpassed his expectations. It performed well in France, where it premiered, and when it opened in South Korea, it continued its streak. Eventually, it would go on to take the number one spot at the box office. Neeson has gone on to star in many other action movies since Taken, but none have reached the success that Taken managed. Was it really luck like Neeson suggests, or is there more to this winning formula?

The first reason, which is the main reason why I watched Taken in the first place, is the marketing of the film, the trailer in particular. The trailer makes quick steps in getting to the main plot of the movie, which involves Neeson’s Bryan Mills’ daughter getting taken. The transition from smiling, happy faces to the absolute terror of getting dragged from underneath the bed is intense stuff.

The trailer doesn’t offer insight on the circumstances leading to the abduction, all we know is that she’s taken, and Mills is going to do whatever it takes to get her back. Neeson’s delivery of those lines, calm and composed despite the gravity of what just happened, instantly tells the audience that this is not a man to reckon with. I don’t know how Marco from Tropoja had the guts to even dare to laugh and say good luck to the man; I would err on the side of caution if the dude was threatening to kill me. Just hang up the phone Marco, not that hard.

It helps that Neeson was coming off Nolan’s Batman Begins a few years prior to this, since his characterisation of Bryan Mills does have some overlap with Ra’s Al Ghul, both of them zealously focused on tasks at hand and how to go about achieving them by any means necessary. The film also takes realistic steps in allowing Mills to locate his daughter Kim (Maggie Grace) by establishing his experience and the connections he has. He isn’t some novice who suddenly becomes Jason Bourne overnight.

The fight choreography is intense but it isn’t over the top, and once again, it is realistic to what Neeson’s character is able to deliver. There is also something so satisfying to see him take on the bad guys and just crush them mercilessly. His single-minded focus on his goal of getting his daughter back doesn’t allow him to bow to a moral tip-toeing – he does what he needs to do, and there isn’t any inner conflict experienced. This is similar to the general sentiment in the John Wick movies, with Wick unleashing violence on anyone who gets in his way, no qualms felt about the trail of bodies left along the way. There is a simplicity presented here, a world of black and white, where the bad guys get taken care of and the good guys don’t lose an ounce of sleep over it.

While there were sequels to Taken, the second and third movie couldn’t quite capture the essence of the first, mainly because they assumed that all they needed was Mills going around using his “particular set of skills”. The premise of Taken is actually a strong one, and is a major fear for parents. Every parent fears the first time their child travels without them, especially when it is to a country they are unfamiliar with. My parents didn’t bat an eye when I traveled to Malaysia, which is a country close to Singapore, where I live. But the moment I mentioned a trip to Europe, this film was trotted out, as a cautionary tale and a way to scare me into never leaving the country.

The film pretty much confirms their worst fears: child goes to a foreign country, gets kidnapped and sold to a human trafficking ring. It is a striking thing, because it reminds us that the world is a dark and insidious place, that these are possible realities. If Kim didn’t have a father like Bryan Mills, she would have suffered a very different fate. Thus, the sequels could never live up to that, because subsequently it became more of a revenge plot and an exercise of personal vendetta. The sequels were also taken on by a different director, and couldn’t quite live up to the style and substance of the first, despite the Megaton of his name.

Taken’s director Pierre Morel tried to replicate the film’s formula with his 2018 film Peppermint, with Jennifer Garner in the titular role. But as we see from the film’s lackluster performance, it’s not as simple as having a family massacred and the main character going around doling out carnage.

Maybe it is luck, as Neeson says – or maybe actor, script and direction came together to offer a competent action flick. It’s nothing to phone home about, but it gets the job done.