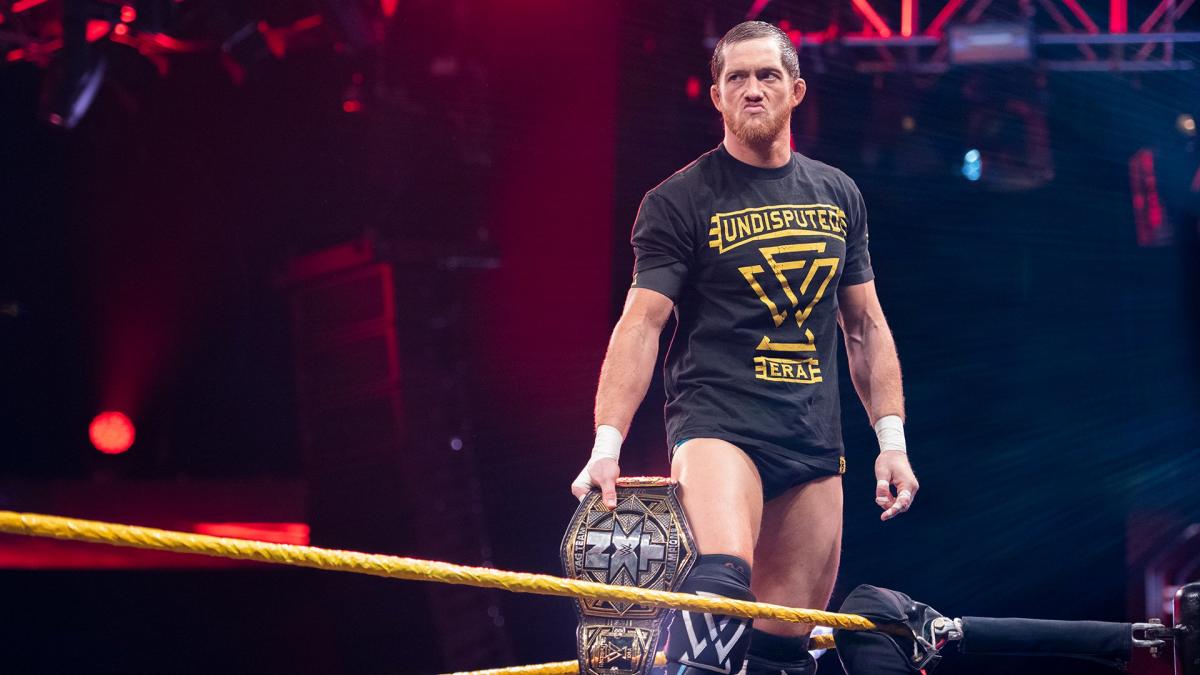 This week’s episode of NXT was highlighted by the first-ever six-man eliminator gauntlet to determine Finn Balor’s challenger at the upcoming TakeOver special. In that match was Undisputed Era member, Kyle O’Reilly, in his first singles performance since forming UE with Adam Cole and Bobby Fish in 2017. Since their debut, O’Reilly stood out as one of UE’s key members, sitting just behind the leader in terms of popularity and in-ring ability, it was only a matter of time before the charismatic Canadian stepped out of the shadow and forged his own singles career in NXT.

That’s exactly what happened on Wednesday night, as he reigned supreme over some of NXT’s top dogs and earned himself a shot at Finn Balor’s NXT Championship. After the match, O’Reilly celebrated with his Undisputed pals, with Cole in particular giving him props for putting the faction back into the main event at TakeOver. This begs the question, will the dynamic change between the group as we edge closer towards Kyle’s big day on October 4th?

Kyle O’Reilly hasn’t exactly been a best kept secret. Fans are more than willing to admit that he’s an absolute star of his own right, often being found in GIF form thanks to his air guitaring ways and melodramatic selling. Where some may see this as a bit cheesy, his personable character is met with match of the year candidates in tag matches against the likes of The Broserweights, The Viking Raiders and the team of Ricochet & Aleister Black. You could pick any of O’Reilly Tag Title defences and be wowed by his insane performances alongside Fish and Strong.

In the past, Kyle O’Reilly has had huge success in singles competition, winning championships across ROH, PWG and even NJPW. O’Reilly is more than capable of holding his own without the back-up, which puts him in a prime position as he steps up to face ‘The Prince’ at TakeOver. In terms of whether we think Kyle O’Reilly is actually going to walk away with the win, I highly doubt that. However I do think that he’s going to have a ‘coming out’ party of sorts with him and Balor acting out a double turn, in which fans will rally behind O’Reilly in his efforts against Balor throughout the match.

Once Balor defeats the newly christened underdog babyface, he will give O’Reilly the signal of respect with a ‘Too Sweet’, leaving Cole, Fish and Strong looking perplexed at his very un-Undisputed Era ways. O’Reilly wouldn’t take shortcuts, nor would he be as ruthless as he has been in the past, planting the seeds for the looming break-up between he and his UE friends.

Over the following weeks, Kyle O’Reilly would continue to do battle with some of NXT’s most vile heels: Timothy Thatcher, Cameron Grimes, Austin Theory, likely having great matches to boot. All the while, the UE are getting more and more frustrated with his growing popularity as a singles star and eventually give him the Evolution treatment by effectively kicking him out of the band with a vicious beat down.

Who’s standing on the side throughout all this? Bobby Fish, O’Reilly’s long time partner. With Fish going to Kyle’s side after Cole & Strong do a number on him, Fish stands against them, giving way to the Undisputed civil war that many have been expecting since Adam Cole first lost the NXT Championship.

ReDragon have been stars wherever they’ve been in the world, and without mincing words here, Kyle O’Reilly has certainly helped in keeping Bobby Fish relevant in the world of wrestling. As much as I like and respect Fish, O’Reilly is certainly the glue that keeps them in the top ranks of the tag world. Seeing them split off on their own to feud with Cole & Strong, two superstars that are expert heels in their prime, could very much be the fire that NXT needs to bring back the hordes of fans in time for their bigger TakeOver shows at the start of the year.

So, will this start to unfold in the coming weeks? What are Kyle O’Reilly’s chances against Finn Balor at NXT TakeOver? Let us know your thoughts in the comments below.