Civ fans, get in here. 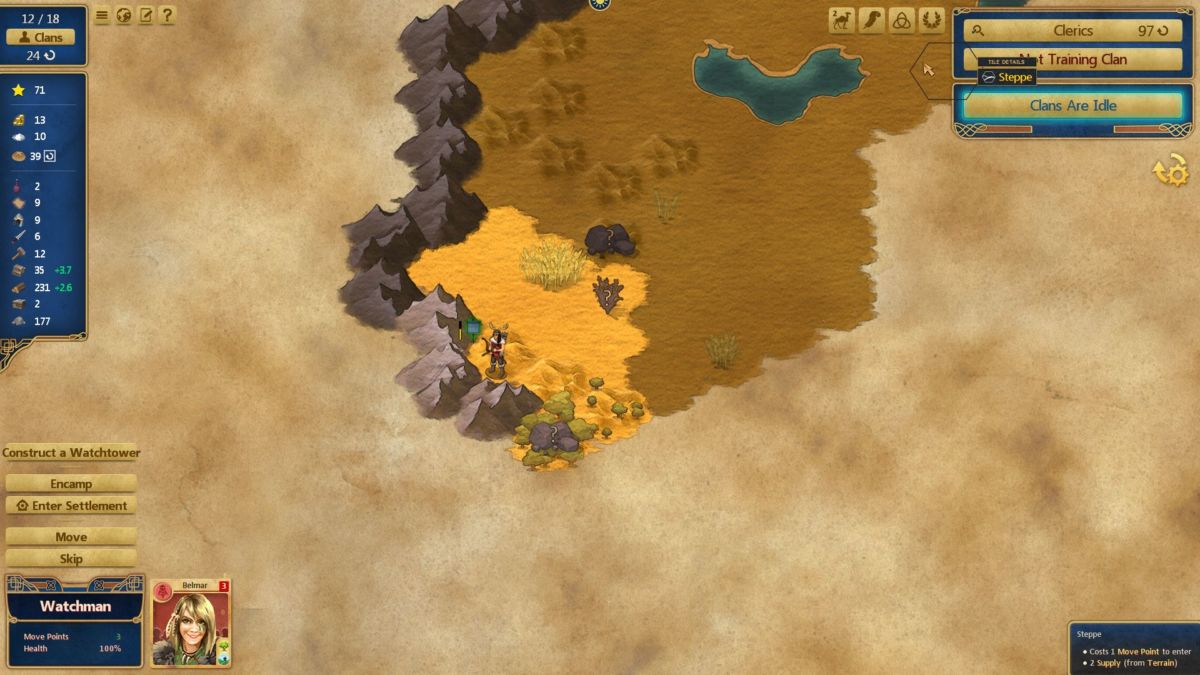 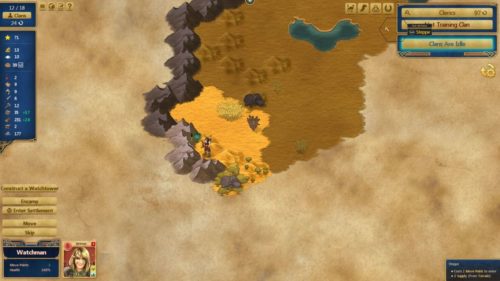 The 4X strategy genre is one that doesn’t get enough credit. The Civilization series is a huge juggernaut of gaming, and has an enormous fan following. So there can be no surprise that when an indie spiritual successor from one of the men who worked on Civilization V was announced, fans jumped on it.

Jon Shafer’s At The Gates was a Kickstarter success story way back in 2013 when it was funded with a sum of $106,283 and slated for a mid-2014 release. Obviously, that didn’t happen. It’s taken years of upset backers, illness and near non-stop work at home to get the game to release.

Jon Shafer worked on Civilization V at Firaxis, but wanted to strike out on his own. Unfortunately, he was unable to make At The Gates his full-time job, and eventually ended up working at Paradox, with At The Gates essentially becoming a labour of love that he continued in his free time. The question is, after all these years, is Jon Shafer’s At The Gates worth the wait? 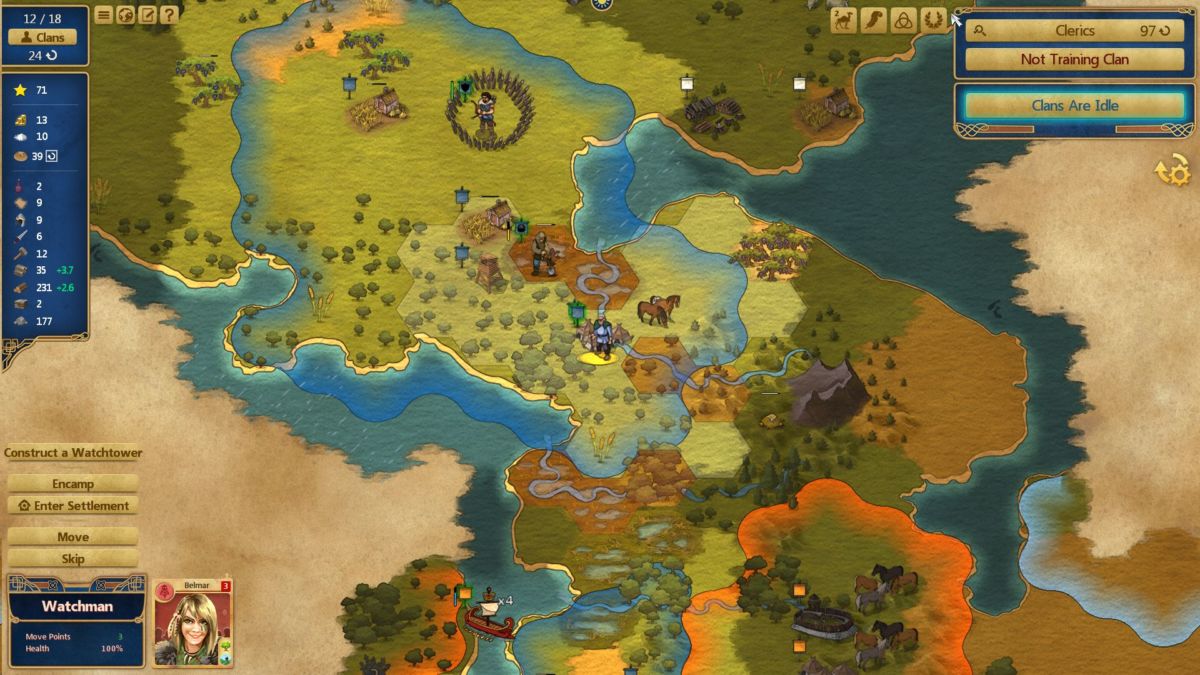 Well, considering his background working on Civ V, I don’t think anyone would be surprised to find that Jon Shafer had created a game akin to his previous work, but it’s not. Yes, there are a lot of similarities — there’s the hexagonal grid over the map, there’s the resource management, unit management — but ultimately it feels different to the Civ games.

Instead of running and building an empire, At The Gates charges you with taking one down. You are tasked with setting up and growing a nomadic tribe, so there’s no city building, just a central camp. The advantage of this that if you run out of natural resources in your local starting area, then pack up, shift everyone to a new location, and set up camp once again.

You’ll have new recruits regularly turning up to your camp, At The Gates calls these units ‘clans’. Clans have different specialities and are better in certain roles. Professions can be researched and assigned to these clans, with farming, bee keeping, hunting, guardsmen and many, many more. Watchmen can set up watchtowers, farms and other structures to extend your boundaries, whereas diggers, hunters and co can search for, and identify, resources. 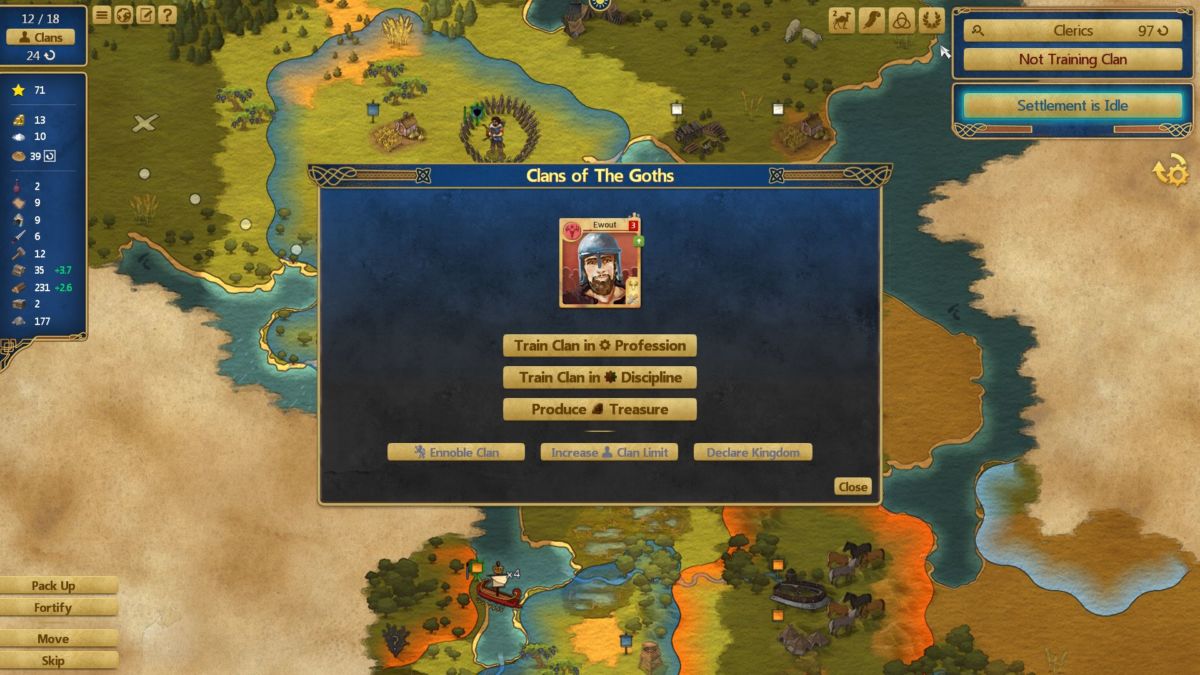 Research is a big part of these types of games. Initially, At The Gates limits the professions that can be assigned to clans an initially small selection of basic jobs, i.e hunter or gatherer. You are able to research new roles under the umbrella of these base types, so hunter leads to huntsman, watchman, feast master and archer, then guildmaster, honour guard and so on. The further you get into a research tree, means that it takes more turns to complete.

Clans are represented by a single character that moves around the map. The map, much like Civilization and Alpha Centauri, has a hexagonal style of map tile. Undiscovered resources show up as grey outlines with a question mark over them, to find out what exactly they are you’ll need to send your clans out to identify them. Ince identified, these resources can be foraged. Clans have limited movement in each turn, dependent on terrain.

At The Gates is definitely more challenging than the likes of Civilization. While the focus of At The Gates is similar in terms of style and gameplay, it has the added worry of survival. Much like Civ, it is important to ensure that you have sufficient resources. However, At The Gates has seasons, and anyone who has played the likes of Banished will know that surviving the winter is the hardest part of any game. 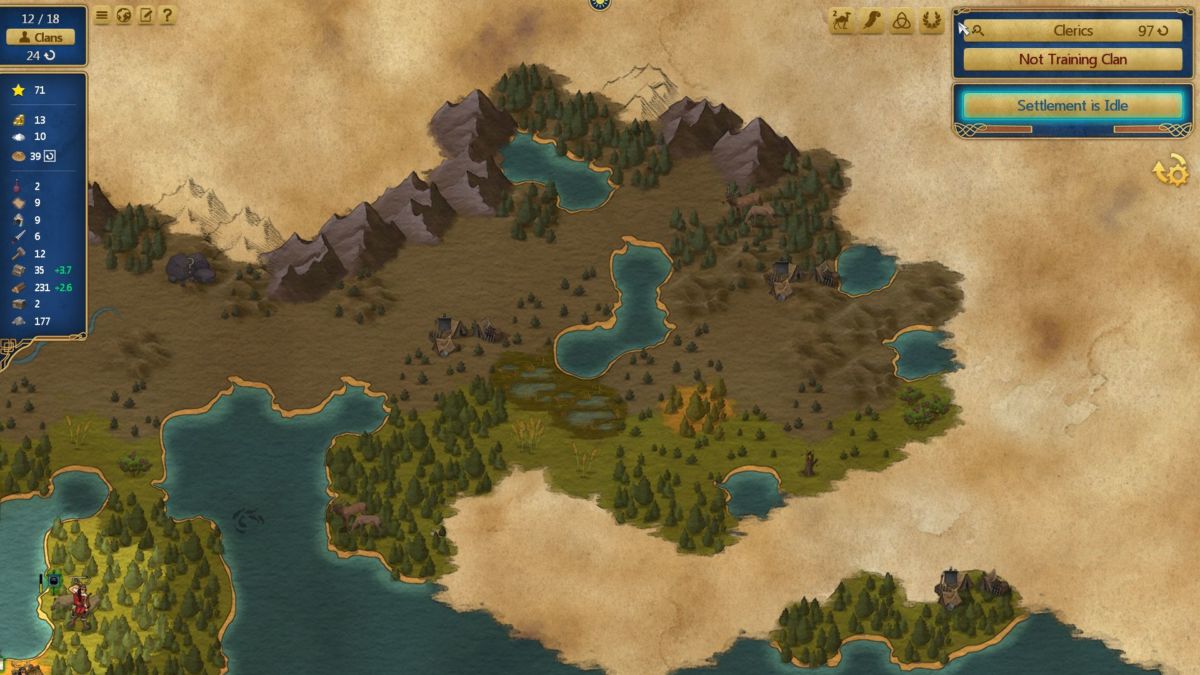 Much of the year is spent collecting resources to survive the cold weather, the seasons mean a lot more in At The Gates than they do in Civ, and if you don’t prepare properly, be prepared to see your tribe die out. Certain buildings cannot be built without certain resources. For instance, various defences buildings require a number of weapons and armour before they can be build. If you can’t build, farm or some gain these resources, then most can be bought from travelling caravans that visit the camp.

At The Gates’ map is pretty expansive, and has a nicely varied landscape. The decision to give the graphics a watercolour-style feel to them is a stroke of genius; zooming out and viewing the map from afar really looks quite wonderful. The only downside is that some might not like the lack of detail to the world. Personally, I don’t think it matters as its style is very reminiscent of old school Civ.

There isn’t much that I can say that is negative about At The Gates. The music and sound effects are basic, but perfectly adequate for this sort of game. One negative aspect is that the parthfinding can be a bit hit and miss. Tell a clan to travel to a location across the map and they may randomly to decide to take the scenic route across the mountains. The issue is especially difficult when bodies of water get in the way — sometimes clans can end up on the coast on the wrong side of a sea.

What Jon Shafer’s At The Gates gets totally right is that feeling of ‘just one more turn’. It really pushes you to continue playing, expanding and exploring the world. There is a certain satisfaction when it comes to building your kingdom, building it up from nothing to take on the might of the Roman Empire, and there’s also a certain crushing depression when it is demolished by another tribe. 4X fans looking for an indie contender should certainly consider adding At The Gates to their collection.

Verdict
A different take on the genre makes Jon Shafer’s At The Gates well worth checking out. This game is a labour of love for Jon Shafer, and it really shows.
8