John Carter is Back From the Dead 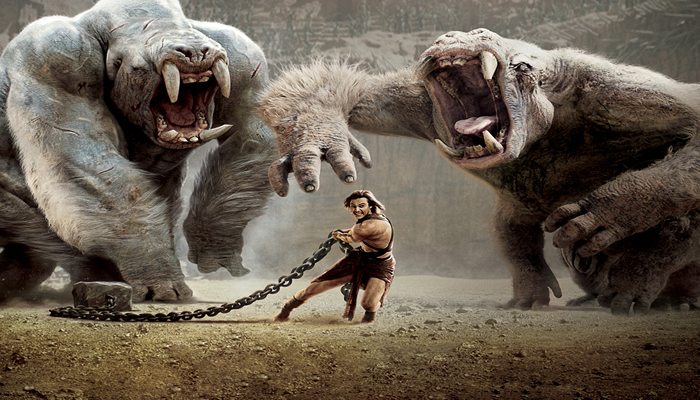 Edgar Rice Burroughs fans are many, and pretty damn hardcore about how his work is represented. His characters are beloved in a way that only the most dedicated and fierce of fans can be – there was actual angry spitting over the latest Conan film when readers’ reviews came out, so it was a big shock when we – uh, they – all loved John Carter of Mars.

The film is a doozy, beautiful, true to the spirit, great acting, awesome FX, and not even wildly off the story. It also includes something so rare that it may be the only true example: GOOD ‘Hollywoodizing’ of an already great story. Fans loved it. No one else got to see it though. None of the possible newbies, or people who just love good sci-fi and action flicks, because the fucking studio dropped the ball.

Bad trailer, bad advertising, wet reviews, appealing to the wrong audiences… no-one went to see it, no-one picked it up. Fortunately, and in smashing narrative fashion, the estate of Edgar Rice Burroughs swooped in and bought the rights back from the soulless machine that is Disney and the short version is, this time the hero takes the day.

“We will be seeking a new partner to help develop new adventures on film as chronicled in the eleven Mars novels Burroughs wrote. This adventure never stops. Along with a new Tarzan film in development by Warner Bros, we hope to have John Carter of Mars become another major franchise to entertain worldwide audiences of all ages.”

Let the dreaming and arguing about casting and storylines and sequels begin! Let a new generation experience the incredible wonder of Burroughs worlds and characters on film! Huzzah to ERB(inc.) for maintaining the standard of his name and work. This film, and as many more like it as we can get, deserve to be out there. I say this definitely bodes well for a nerdy New Year.