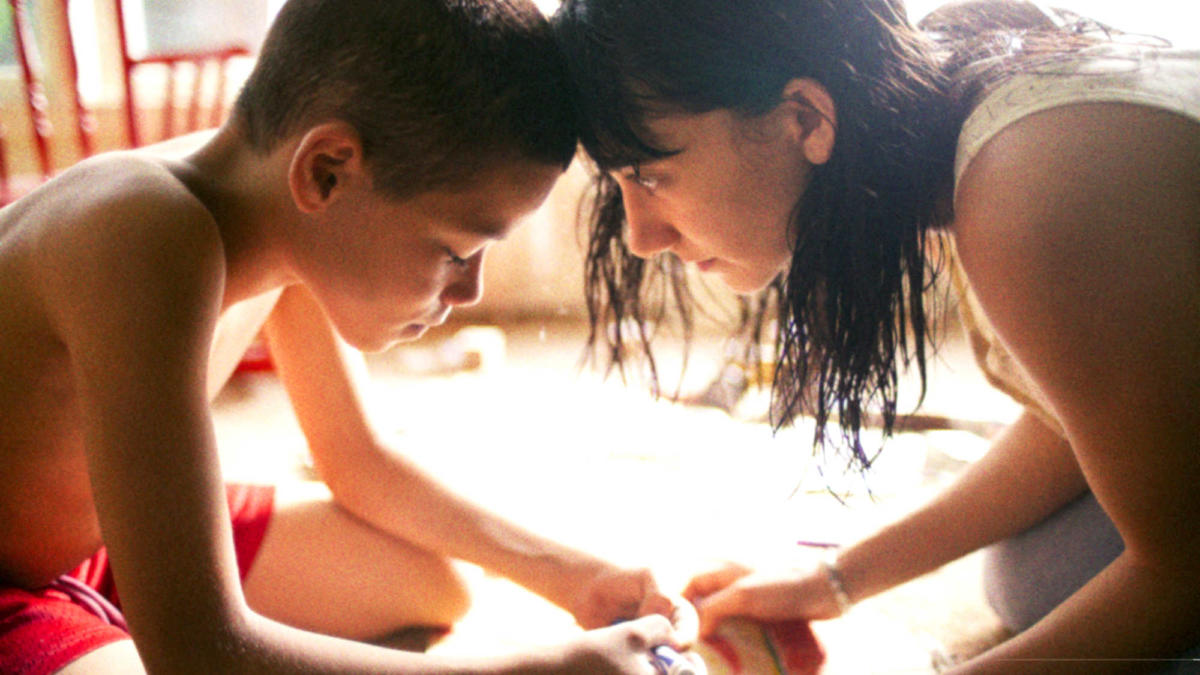 We The Animals, which made waves out of this year’s Sundance Film Festival, is a mesmerizing and majestic look into a life of a mixed race child growing up in upstate New York. It is also based on a semi-autobiographical novel by Justin Torres who I was very fortunate to interview.

In our interview, we talk about how the film adaptation came to fruition, how he felt seeing his vision brought to the big screen, and also, the importance of maintaining the queer narrative present in the novel.

When did the filmmakers first approach you about granting the rights to adapting your novel?
It was pretty shortly after the book came out. Jeremiah [Zagar], the director, got it in a bookstore and reached out shortly after that.

As Jeremiah discussed adapting the novel, what made you decide he was the right person to bring your story to the big screen?
Well, I talked to a couple other people in terms of finance. Hollywood people who had money and production companies and whatnot and those conversations were awful. They weren’t even conversations. They were barely conversations. I think that a lot of rights to the books get bought and they never get made. Then people buy the rights, not because they really care, but because they heard that the book was making waves.

But Jeremiah said that he read the book and he had grown up in a family with a lot of trouble in it and also a lot of love. He related to the family in the book and was just a real artist. We met, we had drinks, we talked for a while, and he knew what he was talking about. He knew the book really, really well and also knew what it was to make a film. He didn’t have any money (laughs) and he was honest about that but he was like, “But we’re gonna make it.” He said, “This is my priority. I want to make this film.”

That was nice and it was more important to me to have that kind of artistic vision that was based on what I’ve done. I just knew it was going to be really artful and beautiful and I wanted that.

So, did you manage to serve as a screenwriting consultant during production and advise Jeremiah what to put in and leave out?
Yes, I did. I think I have a credit in the film as a contributing writer, maybe. But in reality, it was from the beginning. Jeremiah wanted me to adapt it and I was like, “No. Let’s see what you come up with.” So, Jeremiah and Dan Kitrosser adapted it and then they showed me the adaptation. It was good and I was like, “Okay. How can I help you make this better?”

If it was terrible, I just didn’t want to be involved because I hadn’t done anything like that. But once I saw that it was good and that was pretty early on, then I was super involved. I was really insistent that it’d be a queer film. I said, “I understand that a lot’s going to go because that’s the nature of adaptation. But it has to be queer. That can’t change.”

Especially because it’s rare to see queer people of color represented on screen.
Yeah, I know. This all started six years ago. Then of course, Moonlight came out and won the Oscar. First time a film like this has really made it big and it’s this great film and I’m just so happy and excited for it.

When people come up to you and talk about the film, do they make any comparisons to Moonlight?
Oh, yeah. I knew it was going to happen since I saw Moonlight. That’s just the way that the majority set of society thinks. “Oh, this reminds me of the one other time I saw a queer boy’s life of color on screen.” I mean, the very first review at Sundance that came out said that We The Animals is this year’s Moonlight.

Were some of the filmmaking aesthetics like the use of voiceover narration and the camera focusing on Jonah’s facial expressions to demonstrate his thought process intended to create the feeling of a book coming to life?
Yeah, I think so. One of the things that was very clever was that Jeremiah realized that with Jonah, everything is happening internally. His brothers are very boisterous and wild but he’s much more quiet. I think that he’s not a character that’s going to say much but a lot is going on inside. So, the animation of his journals and the shots focusing so closely on his watching are ways of signaling this rich interiority that he has.

I think that’s what his job is in the family. It’s to observe and bear witness which is a hard thing to portray on film.

So, because the novel is semi-autobiographical, was watching the film as cathartic as writing the story because it’s a visual interpretation of what you wrote?
I think catharsis is not something I really agree with or sign up for. (laughs) I don’t think the book was cathartic, you know? I think that the idea of catharsis is that you get something out of you. You kind of process it and let it go. I don’t think that was what it was like for me when I wrote the book. All the pain that I had that went into the book, I still have. It’s still on my hands. I just made some art out of it.

This doesn’t go away and doesn’t change for me. I wouldn’t say watching the film was cathartic, either. I mean, it was trippy. It was really weird. (laughs) Really weird to watch a film about your life that is based on a book that you wrote that’s like a weird, fictionalized dream memory of your life. All of the layers of interpretation and artfulness and magic and wonder. The feat of it is all my life. (laughs)

Yeah.
I mean, it’s weird. It’s really weird. (laughs) So, those couple months we shot it over the summer and seeing it on the screen is overwhelming and it definitely brings a lot of of stuff to the surface each time. Each time, it’s something different but I wouldn’t say it’s cathartic. I wouldn’t say I feel released from it.

Well, Justin, congratulations on the film and thank you so much for your time.
Thanks, great talking to you.

We The Animals opens in theaters on August 17th.