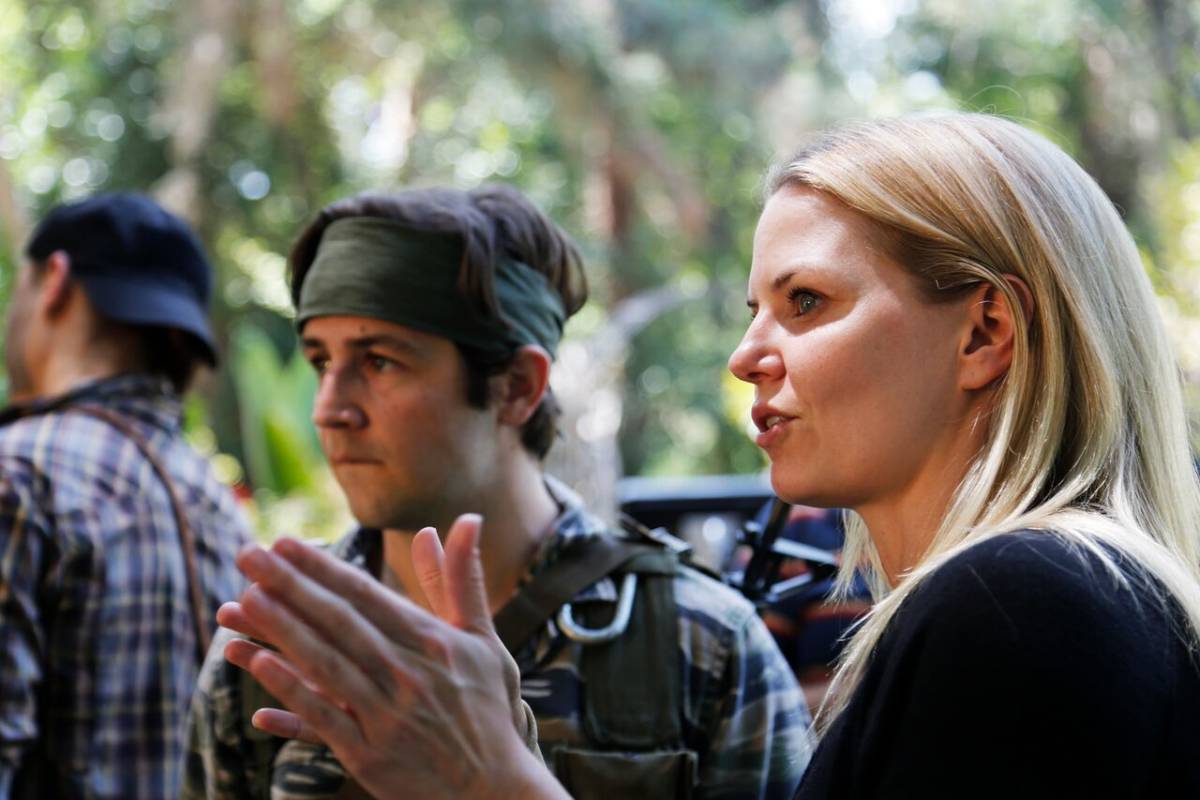 Former Once Upon A Time actress Jennifer Morrison chatted with Cultured Vultures about working on the series in addition to her feature directorial debut, Sun Dogs, premiering April 6th on Netflix.

Thanks for joining us today. How are things treating you?
So good. I’m so happy to be joining you.

Congrats on your feature directorial debut with Sun Dogs. What was it that drew you to this script?
There were so many things that drew me to it. I think, ultimately, I was really drawn to all the characters. I was certainly drawn to Ned. I really loved the overriding message of the idea of searching for your purpose in life and realizing that sometimes the simplest things can make the biggest difference.

How did you manage to tackle directing a film and starring on Once Upon A Time?
It was not a lot of sleep. I can tell you that! (laughs) It was pretty crazy but it was worth it. It was exciting. When I initially conceived this idea of trying to raise the money and shoot Sun Dogs in the hiatus between seasons 5 and 6, I thought in my mind that it would work because I could do post in Vancouver. But the reality was that once all the financing came together, one of the financiers had a facility in LA. Because those facilities were a part of the budget in kind, I needed to do post in LA for the budget to work. It became more complicated than I anticipated because I had to be running back to LA every second I wasn’t working. Somehow, I managed it. I was getting up at 4 AM every morning. If it was a work day, I would get up at 4 AM and I would watch a cut of the film. I would type off notes and send it to the editor. He’d work on those notes while I was working from 6 AM to 1 PM. He’d send me another cut and I’d watch at lunch. I’d send another cut of notes and he’d work on those for the rest of the day. We were just going in these patterns back and forth working remotely as much as possible. Every day and every weekend that I had off, I flew to LA to be there for the edit. I flew 70,000 miles in 3 months between Vancouver and LA. I guess a lot of airline travel, to answer your question.

On the acting side, what do you look for in the projects that you decide to take on?
That’s a tricky answer only because I feel like I guess the main thing I’m always looking for is something different from the thing I’ve done before. It doesn’t necessarily have to be something I’ve never done before. I love to try to keep challenging myself by tackling things that are different than the thing that I did before or something completely different. I usually feel like it’s something I have a chance at failing out. You don’t want to fail in the end but you want to feel like you’re picking up something that will force you to grow and change and be better in a way. I guess I’m always searching for the next challenge.

You’re also directing Fabled. Is there something about fairytales that you can’t stay away from?
(Laughs) It’s funny because Fabled is (inaudible) mentioned in fairytales. It’s definitely its own thing. I think that Refinery29 and the producers on that definitely thought of me because I had such background in fairytales and knowledge of it. I feel like so much about the psychology of fairytales and all sorts of things over the last six years so I definitely had a wealth of knowledge about it. I really like idea that after several years of working on a more traditional fairy tale show that what Fabled is doing: looking at the patriarchal perspective of these stories and flipping it on his head and saying, what if the women were more matriarchal, what if these stories were told from the perspective of these women being able to find a sense of self with their own vacancy and their own decisions and choices in life. It was fun to kind of take a part these older tales and with a very modern perspective.

With Once Upon A Time coming to an end this season, can you talk about what it means to have been involved with this series and the legacy that it leaves behind?
It’s so amazing to be a part of Once Upon A Time. It’s been an incredible part of my life and will always be an incredible part of my life just to be that essential in six years is a huge chunk of my life. It’s incredible to have been able to play Emma Swan and work on a show that seems to really inspire hope, connectedness, positivity, and all the things that I didn’t believe in and I hope to put in the world. It’s great that we’re now in a world of digital viewing because just because the show is ending doesn’t mean it won’t continued to be watched or enjoyed. There will be future generations of kids and their parents and whoever that will get to watch in great numbers and hopefully take away the same message of hope.

Given that you’re from Chicago, did you ever consider going the improv comedy route or did you just stick with theater?
I don’t know. I never really thought of myself as an improv person. I really enjoy it. When I studied at Steppenwolf, we did a lot of Second City exercises that they do. It was kind of a part of a bigger educational experience to have that be a piece of the experience at Steppenwolf. I definitely enjoyed it. I remember going and seeing Second City and stuff as a kid. I always imagined doing comedy the way that I have in terms of How I Met Your Mother or doing plays on stage. I don’t think I ever thought of myself as doing sketch comedy. Maybe I should try. You’ve inspired me. Maybe that’s the next move.

If the project were the right one, would you come back to Chicago to film?
I’d love to film in Chicago! There’s nothing better than getting to go home and work on something. It’s like the best of both worlds.

Do you have a favorite Chicago-set movie?
I love all the John Hughes movies. Those are all great. I love Ferris Bueller’s Day Off. That would probably at the top of the list.

Everyone I ask that question to, it’s almost always Ferris if not another John Hughes movie.
(Laughs) I think Home Alone is Chicago as well. Home Alone has been watched a lot lately because my niece and nephew are obsessed.

It’s been ages since I’ve watched that one.
It’s worth a rewatch. I highly recommend it.

How do you feel you grew as a director with having previously directed a short film?
Working on a feature is a whole different experience for sure. It’s hard to explain. I would always say that I grew exponentially on any given day because you never know what challenge you’re going to face that day. It could be anything and you’re not sure what it would be. Now that I’ve directed a film, I would kind of know what to expect on any given day. When you’ve never done it before, every day is new and a learning curve. I also feel like part of joy of being able to work on Sun Dogs and have that be my first feature is that I had such an incredible cast to have Allison Janney, Ed O’Neill, Michael Angarano, and Melissa Benoist all on set and every day get to work with incredible actors. It definitely was a great way to experience my first feature and to have such great people by my side as I was going through that learning curve.

Thanks again for your time and congrats on the film.
Thank you so much. It was nice talking to you!

Sun Dogs will be available for instant streaming on Netflix on Friday, April 6, 2018.