Home
Movies
25 Years Later, Is I Know What You Did Last Summer Worth Remembering?
Movies
·5 min read

25 Years Later, Is I Know What You Did Last Summer Worth Remembering? 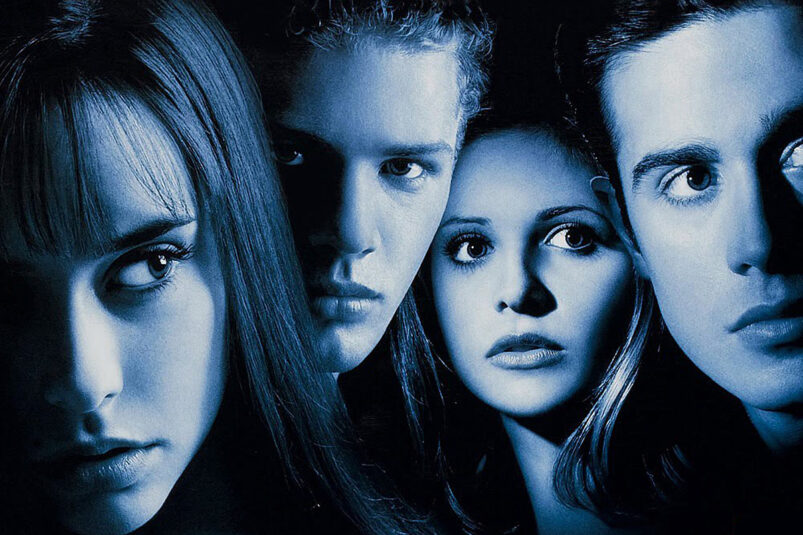 I Know What You Did Last Summer

When I utter the words “I Know What You Did Last Summer”, it’s not in relation to the popular duet by Camila Cabello and Shawn Mendes. No, I’m talking about the 1997 slasher hit, starring Jennifer Love Hewitt, Sarah Michelle Gellar, Freddie Prinze Jr. and Ryan Philippe. Whenever this movie is referenced, it’s always in the same breath as Scream, which was released the year before and received critical acclaim and box office success. Both movies even have the same screenwriter, Kevin Williamson.

The premise of I Know What You Did Last Summer involves four teenagers covering up a hit and run accident they caused. Now, a year later, it seems that someone knows what they did, and wants them to pay. The film was not quite the gamechanger that Scream was, and considering the critic score on Rotten Tomatoes – a rotten score of 43% – the reception was lukewarm at best. Roger Ebert could only muster praise for the first scene of the movie, which isn’t a promising fact.

Still, the movie was profitable enough to produce a sequel – which is definitely not as good as the first – so there must be some merits that makes this an oft-talked about slasher 15 years later. Besides the first scene, which does a fantastic job of establishing the mood and atmosphere of the movie, one of the film’s strengths is its focus on its characters. In slashers, usually only the main character gets the most development, since they’re going to be the ones who survive the massacre. This isn’t the case for I Know What You Did Last Summer, which takes its time to focus on these characters – a necessary action given that it can’t be easy for us viewers to empathise with them, considering the immorality of what they choose to do.

It begins very much as an accident. Ray’s (Prinze Jr.) the designated driver since Barry’s (Philippe) been drinking. But because of a sunroof and Barry’s drunk shenanigans, Ray gets distracted and ends up hitting a man on the road. To complicate the situation, all four of them have recently graduated from high school, either off to college or traveling to explore other options. How will this affect their future? And who’ll believe them when there’s alcohol spilt all over the interior of the car? Ray also has more to lose, since he’s the driver. The guys are quicker to decide, rationalizing that nothing could be gained from them coming forward — confessing won’t bring the guy back to life. The women aren’t as eager to walk away, especially when it seems that they’ll have to move the body so nothing leads back to them.

Things escalate to murder when they discover he’s alive while dumping his body but do so anyway. This is a turning point in their friendship, and they make a pact to never speak of it again, with all four of them going their separate ways.

They may have gotten away with it, but it’s clear that all four of them are wrecked with guilt. Julie, who’s always performed well in her studies, is in academic trouble. Helen goes to New York to try and make it as an actress, but comes back after a few months and is forced to work at her sister’s business. Barry appears fine, yet he and Helen aren’t together anymore, their relationship fractured by what happened to them last summer. Ray didn’t go off to college, choosing to work as a fisherman instead.

Now that they’re all back home together at the same time, Julie receives the infamous note, and the slasher elements kick in. They deduce that it has to be someone who knew the man they killed, and somehow found out what they did. Julie, who’s been keeping tabs on the situation, tells the gang that she thinks the guy they killed is David Egan, whose body was discovered after their accident. With only this lead to follow, they track down David’s family, and have a run-in with his sister Melissa Egan (Anne Heche).

This scene with Hewitt, Gellar and Heche is one of the highlights of the film. Heche does a brilliant job of conveying the grief of the character. Her honesty and vulnerability is held in juxtaposition to the lies and secrets both Julie and Helen are holding on to. There’s such guilt as, once again, they’re doing something immoral for their own benefit. Barry also threatens Max, played by a young Johnny Galecki, who was driving by when they had the accident, without a shred of evidence. Their behaviour is proof that they haven’t changed much since the incident, and will still continue to put themselves first despite the fact that it’s their actions that got them into this situation in the first place.

Philippe’s character has only two modes in this movie: angry and sexy. His constant over-the-top behaviour is a typical characteristic of 90s films. There’s also that random moment with Julie yelling hysterically into the air at the killer, as if he was some omnipresent god who could hear her. It’s fun to watch something entertaining that doesn’t take itself too seriously.

However, as much as most of this movie is just meant as popcorn fluff, Helen’s character arc is perhaps one of the strongest aspects of the film. We are first introduced to her taking part in a beauty pageant, and while it does seem stereotypical to pair the pageant winner with the football guy, both Gellar and Philippe manage to sell the relationship. After Helen gets a haircut by the killer, Barry goes into full-blown protective mode, and it’s clear that there are still feelings there. The constant looks of reassurance Barry shoots her while she’s on the platform in the parade, or on stage before the pageant commences, just makes us dread the horror to come.

Helen’s chase sequence is also the best set piece in the movie. There’s proper tension and stakes, because we want Helen to survive. The movie’s strength lies its ability to convey so much of Helen’s characterisation through props and setting. There’s no blatant exposition, just director Jim Gillespie painting a picture of Helen’s disappointment and fear, that maybe beauty pageant winner is the best she’ll ever be.

Compared to Helen and Barry, Julie and Ray are not as interesting. Ray’s not in the movie much because he’s set up as the perpetual red herring, and while Julie’s the so-called moral character in the movie, she seems more intent on blaming everyone else rather than owning up to the role she played in it as well. But still, characters in a movie don’t have to be likeable, and I like that each of them are flawed and a little self-involved – they are teenagers after all.

I Know What You Did Last Summer comes from a time when young actors had a certain charisma, even in B-horror movies. They made the material engaging, and are the reason why I’m able to watch the movie all the way through without feeling bored. While there are some gruesome kills, some may feel that the movie’s a little tame, which is understandable. Nonetheless, I give it kudos for crafting its own lane in the slasher genre, and laying enough groundwork such that it’s still pretty watchable years later.