I Am Kirsty REVIEW – The Toil Of Motherhood

A brutal study of a mother caught in a truly compromising position. 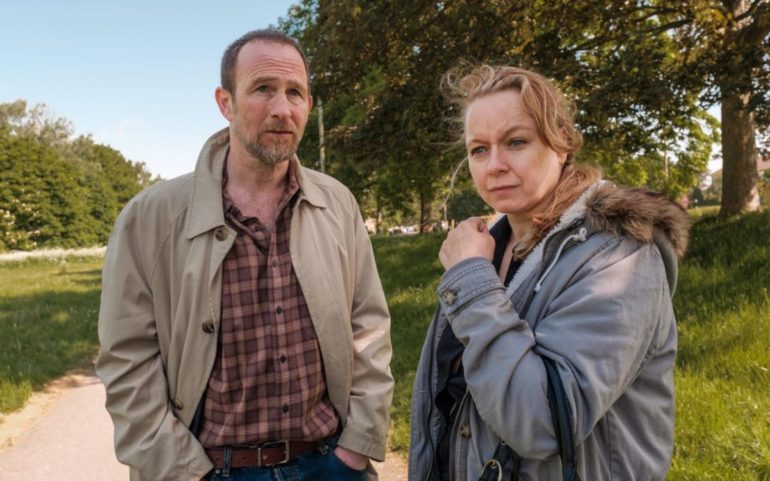 Dominic Savage’s I Am… trilogy continues with its second instalment, I Am Kirsty. As its title suggests, it follows the story of Kirsty (Samantha Morton), a cleaner who is struggling financially to support her two daughters. This all comes about when she discovers that her boyfriend has suddenly upped and left, leaving her in mass amounts of debt and stealing some of her home possessions in the process.

Fortunately, help comes in the form of Ryan (Paul Kaye), a seemingly nice dad who offers to help her out. Things are not all they seem however and soon Kirsty finds herself in a very vulnerable and apparently inescapable position. I Am Kirsty holds up a close magnifying glass to examine what life is like for a mother desperately trying to climb out of spiralling debt.

The first thing to say about I Am Kirsty is that although it is an entirely separate story to I Am Nicola, certain similar styles and approaches can be seen replicated in the second episode. For instance, the opening mirrors I Am Nicola in so much as it shows a brief flash forward, hinting at what is to come. This repeated technique is a nice approach as it makes the episode feel part of the larger I Am Trilogy, despite it being about a different character and plot.

Additionally, the camerawork feels familiar to I Am Nicola, with its use of close up shots and decision to have the camera following the actor from room to room and place to place. It is satisfying in terms of continuity but also succeeds at thrusting the viewer right into the drama of the scenes. It was most probably shot with multiple cameras but it has the feel of a single camera documentary, as the focus pings between the actors in one shot. It grounds the episode in reality and makes it an unflinching and at times hard to watch emotional drama.

Although Morton brings something different and her own to the role of Kirsty compared to McClure with Nicola, there are certain character ticks that bear similarities. It is interesting to note that Morton was actually a mentor to McClure when she was first starting out as an actor. The naturalistic acting style and incorporation of a character’s nervous habits and behaviours is heavily prominent in both episodes, and really does an effective job of investing the viewer.

Morton does an incredible job of presenting a character that is simultaneously vulnerable and strong at the same time. It is a difficult balancing act but she manages to achieve it with great success. There are moments where it all becomes too much for Kirsty and her vulnerability comes through. This is usually around Ryan or her work colleague Toni (Vinette Robinson). However, she spends most of her time pushing down those emotions so she is able to carry on supporting her children. There is an incredible strength and resilience to her character, and it is the scenes where Kirsty is trying her best to pretend everything is alright in front of her kids that is hugely impacting to watch.

Paul Kaye is an actor who has definitely grown more interesting as his career has developed. More recently he has shown his range as an actor in programmes such as Vera and Game of Thrones for instance. Kaye does a very good job at being able to flip from one type of character to another in a very short space of time. His ability to go from very nice in one moment to very nasty in the next demonstrates the skill of Kaye’s performance. Although Vinette Robinson’s role is fairly small, she plays the character very well. It is interesting because it appears that Toni is a little tougher than Kirsty, but these preconceptions get turned on their head later on in the episode.

The identifying of people’s duality and their complex nature is a big part of I Am Kirsty and why it is so engaging, relatable and difficult to watch. They feel like real people with real issues and being able to believe in the characters on screen makes a big difference. The way Kirsty looks is an integral part of conveying this realism. She has been through an ordeal and the effects of that have taken a toll on her physically as well as physiologically. Kirsty’s eyes are puffy and red, her hair is often messy and she wears no make-up. Most importantly, she looks tired and drained of all her energy. We really get that sense that Kirsty is burnt out but pushing onwards regardless, as she has no choice.

This toll and effect on Kirsty is soon picked up on by her daughters. Children are extremely perceptive and although at times her kids don’t always understand or accept it, they know something isn’t quite right. The older daughter Madison is more aware of this, and Eva Daniells gives an extremely arresting and powerful performance for such a young actor. Although most of the episode is told from Kirsty’s perspective there are moments when we see it through Madison’s eyes, and that makes the situation all the more fraught.

The dialogue is very down to earth and natural: whether parts of it were improvised, or Savage simply has a knack for naturalistic dialogue, is hard to tell just from watching. But either way it adds authenticity to the characters and situations. There are echoes of Ken Loach and particular moments of the episode reminded me heavily of I, Daniel Blake with its focus on everyday characters in difficult but all-too-common  situations.

Although there is a brief moment of respite and enjoyment for Kirsty and her children, it doesn’t last long. The last third of the episode is by far the hardest part to watch, as everything takes a decidedly more sinister turn. Its difficult subject matter will provoke many emotions from viewers – sympathy towards Kirsty, feelings of hatred aimed at other characters. Again, like I Am Nicola, there is a semblance of hope and future for the character at the end, but I wouldn’t say it is a happy ending as such. There is certainly a sense of liberation but it is by no means a rose tinted conclusion.

I Am Kirsty is a raw, unflinching, and on a handful of occasions brutal study of a mother caught in a truly compromising position. In terms of narrative it feels a little too short in its execution and doesn’t begin, develop, or conclude quite as succinctly as I Am Nicola. But that is a small gripe and the rest of the episode is investing, shocking and effective in its delivery. 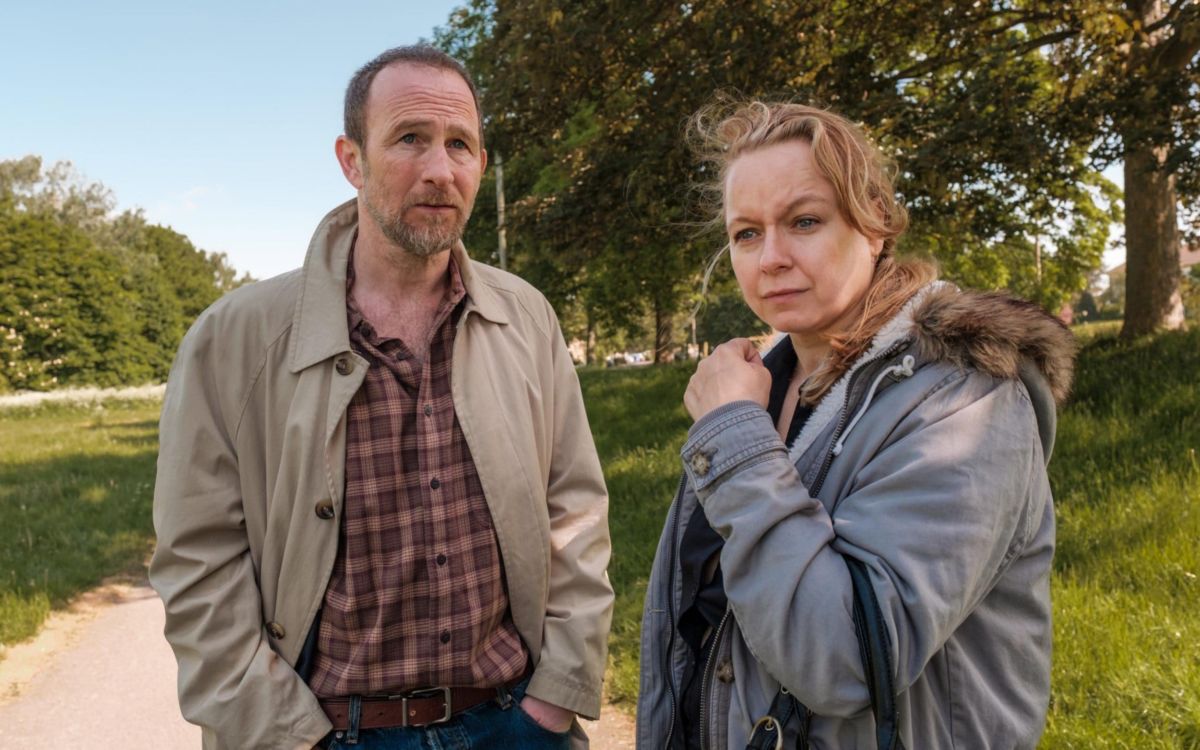 Verdict
Through its intense camerawork, naturalistic dialogue, and powerhouse performances, I Am Kirsty provides an authentic and realistic portrayal of a woman fighting tooth and nail for her children.
8.5
Cultured Vultures is a pop culture website established in 2013 covering all things gaming, movies, and more. We eat your words.
All The News On The Biggest Games