And why wasn't the audience that hungry for more YA like it? 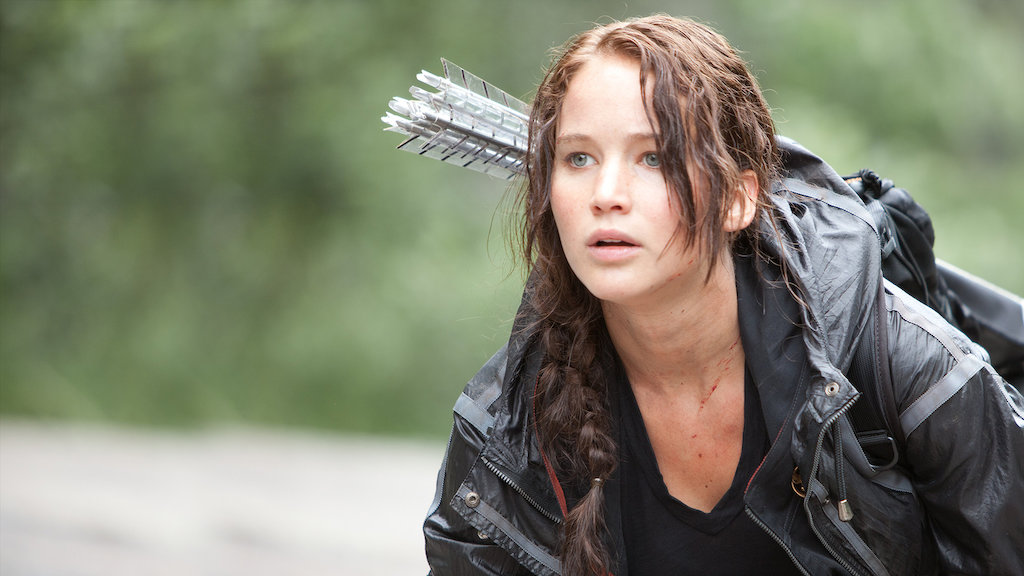 It’s a little hard to believe it’s been 10 years since the release of the first Hunger Games film. For a time, it felt like nearly every teen film was an adaptation of a 12 Best Dystopian Books For Teens all hoping to be the next Hunger Games. Divergent, The Maze Runner, The Darkest Minds, The 5th Wave, The Giver, and Chaos Walking were all released by studios hoping to cash in on the YA-dystopian-book-to-movie trend The Hunger Games had started.

Elsewhere, The Darkest Minds, The 5th Wave, and The Giver all had lackluster performances at the box office. All three films made back their film budget but lost serious money in terms of marketing and distribution, effectively ending any chance of their book sequels being adapted into films. Chaos Walking was the biggest bomb out of all the YA dystopian films and even the biggest box office bomb of 2021, making only $27 million against its estimated $100 million budget.

Let’s start with the obvious: The Hunger Games films are the most well-received and well-liked film out of all the YA dystopian films. The first film benefited from receiving mostly positive reviews from critics, boasting an 84% certified fresh rating on Rotten Tomatoes. The other films weren’t so lucky, with The Maze Runner the only film of the bunch to also get a fresh rating with 65% (not even certified fresh), Divergent reaching 41%, The Giver 35%, Chaos Walking 22%, The 5th Wave 16%, and The Darkest Minds managing a 15%.

The great reviews gave The Hunger Games strong hype and word-of-mouth, two things none of the other films had. Many people outside of the book series’ fanbase felt compelled to watch the film because nearly everyone was talking about how good it was. This also greatly helped the sequel Catching Fire earn even more money, earning $865 million (even more impressive when you consider it was competing against Disney’s Frozen).

While films with rotten ratings on Rotten Tomatoes have still managed to pull in great box office performances, this is usually because there was something about the film that appealed to a large demographic — it starred a big name cast, it was based off a nostalgic property, it was part of a genre that had brought appeal, and so on. While Divergent featured Kate Winslet and The Giver featured Meryl Streep and Jeff Bridges, these big name actors starred in minor roles. There was nothing else about these other YA dystopian films that strongly appealed to filmgoers outside of the teen demographic, so the terrible reviews didn’t help either.

The Hunger Games has a plot easy enough to describe to just about anyone: kids are put into an arena and forced to kill one another, and whoever’s the last one standing wins. It had a simple enough premise that answered enough questions while remaining intriguing enough that people were interested in just how the games would play out and if the protagonist would win.

How do you describe the plot of Divergent to someone? “Chicago separated into factions” barely scratches the surface. The film is so bloated, you’d need so many sentences to even just describe the premise, and most moviegoers aren’t interested in a sell that long. How do you describe the plot of The Maze Runner to someone? “Teens running in a maze” is so vague — mainly because the film itself is purposely vague — that only a certain niche would be interested in it. What about The 5th Wave? “Teens try to survive an alien invasion” is too simple a premise — nothing about it says anything new, exciting, or intriguing.

Many viewers watched the trailers for these films and had no idea what to make of the plot. A lot of them were confusing and overdone, seemingly more interested in showing teens doing cool action sequences that made no sense out of context than a proper plot. It was clear what the marketing of these films wanted to sell — the dystopia instead of the stories within the dystopia. These films all banked on their genre instead of their individual plots, which isn’t strong enough to get most moviegoers to buy tickets, only bookworms who had read the book series beforehand.

3. Faithfulness To The Book

But even if these films only had a pre-existing fanbase of mostly teen bookworms, studios could depend on this demographic to be excited for the films, right? Not quite.

One of the reasons why the film version of The Hunger Games was such a big hit among bookworms was because it was a mostly faithful adaptation of its source material. There were changes here and there, but nothing major and it felt like every change was there in order to fit the medium better. For the most part, The Hunger Games stayed true to the book it was adapting.

The same couldn’t be said for The Maze Runner, Divergent, and especially The Giver. The Maze Runner deviated a lot from its source material, enough that the films don’t even feel like true adaptations but instead their own thing. Fans may have watched the first film but it was clear a lot of them weren’t pleased with all the changes, with the box office performances becoming significantly lower and lower the more the films went on.

At the very least for The Maze Runner, these changes were only apparent when you watched the movie and not the trailers. Both Divergent and The Giver, on the other hand, made changes that couldn’t be ignored in the trailers — certain characters were aged up. Four, a beloved character with the Divergent fanbase, is 18 in the books, while in the films, he’s 24. You don’t take a fan favorite character like that, change such an important detail about him, and not have negative backlash from the fanbase. And much like The Maze Runner films, the Divergent films also deviated from the books more and more as the franchise went on, making significantly less and less money with every passing film.

But The Giver had it the absolute worst, aging all the young characters up from 12 to 18 and seemingly amping up the action from the trailers. Not only did this make the characters lose their childlike appeal and innocence, it also turned The Giver from a short and simple children’s book people had nostalgia for into a teen action thriller. Jonas, as well as the other kid characters, were clearly aged up to appeal to a teen demographic and the fanbase saw right through it.

The Hunger Games soundtrack included the likes of Taylor Swift, Arcade Fire, and Maroon 5. The Taylor Swift songs especially were significantly successful: Safe and Sound peaked at #30 on the US Billboard Hot 100 and Eyes Open peaked at #19. It wasn’t as if these songs just had wide appeal outside of the film, either — both songs were clearly created lyrically and sonically with the movie in mind. The Hunger Games soundtrack itself even debuted at #1 on the US Billboard 200 chart.

Out of all the other YA dystopian films, only Divergent had a soundtrack filled with songs with lyrics and not just scores. These songs weren’t nearly as successful — Find You by Zedd, the first single, didn’t even make the US Billboard Hot 100, and Beating Heart by Ellie Goulding, the second single, only peaked at #88 on the US Billboard Hot 100. The other YA dystopian films didn’t even bother with securing songs from pop hitmakers, meaning their presence on the radio was non-existent.

While this may seem like a minor thing, music streaming services weren’t as big as they are now — YouTube Music and Apple Music didn’t even exist when a lot of these films were released. Many people still regularly listened to the radio and constantly hearing Safe and Sound and Eyes Open being played no doubt helped remind people of the film.

5. It Had Its Own Identity

The Hunger Games was, in many ways, the first of its kind. It was distinctive — no other film was like it when it was released. Its closest counterpart was the Japanese film Battle Royale, but even then, the two were released 12 years apart and really, the only reason why the two films were being compared was that they both had children killing each other. Everything else is so drastically different that the two films are pretty much incomparable.

By the time all the other YA dystopian films came out, however, The Hunger Games had already become a pop culture phenomenon. These films got compared heavily to The Hunger Games and none of the films felt distinct enough to really be their own thing. Divergent, especially, hardly has anything original in it, feeling more like a mix of The Hunger Games and Harry Potter.

It’s this lack of identity that really brought all these YA dystopian films down — people were just fatigued by YA dystopian films. All of them seemed to blend it together and varied little in terms of look, style, and action sequences. Many people came across the promotional material for these films, saw only rip-offs of The Hunger Games, and weren’t interested. It didn’t help that most bookworms knew these films were being made primarily because of the success of The Hunger Games and nothing else. They refused to take the bait and didn’t give any of these films attention.

For the most part, the YA dystopian book-to-film trend has died out, with many studios instead opting for series such as The Selection and Legend. YA romance book adaptations are now the big thing, with movies like If I Stay, Love, Simon, and To All the Boys I’ve Loved Before enjoying good, if not great, success. These seem to be the YA books studios are most comfortable adapting — they don’t cost a lot of money to make and therefore don’t need a big return in order to make a profit.

Will we ever see a YA film franchise again become as big as Harry Potter, Twilight, and The Hunger Games were? Probably not for a while, especially since movie studios aren’t exactly ready to take the risk again on a YA book series that isn’t easy or relatively cheap to make. At the very least, The Hunger Games can pat itself on the back knowing that despite so many films trying to be it, the franchise still couldn’t be replicated — not even close.

READ NEXT: If You Loved The Hunger Games, Have You Heard of The Underland Chronicles?