Home
Gaming
Human: Fall Flat Is One of the Best Selling Games of All Time
Gaming
·1 min read

Human: Fall Flat Is One of the Best Selling Games of All Time

25 million players is nothing to sneeze at. 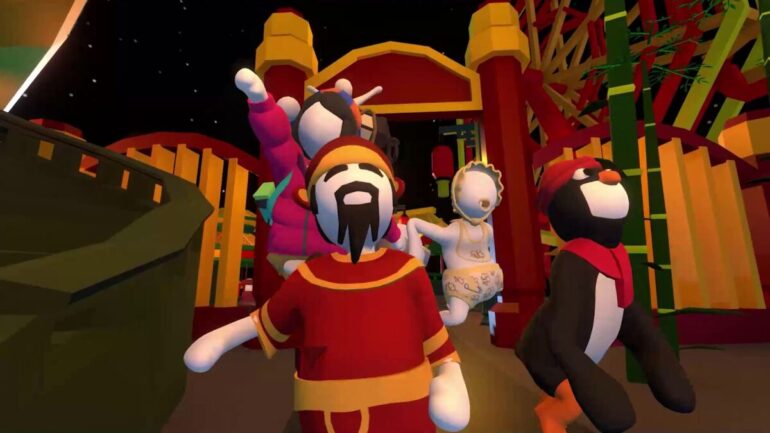 Curve Digital and No Brakes Games have announced that Human: Fall Flat, the physics based platformer that’s available on pretty much every platform under the sun, has managed to sell 25 million units worldwide, marking it as one of the highest selling games of all-time.

It certainly did, which is an astounding figure, not just for an indie game, but in general. In a press release regarding the announcement, Human: Fall Flat’s impressive milestone was partly attributed to a successful mobile launch in China, which saw the game sell 2.5 million copies within its first month.

Gary Rowe, Curve Digital’s VP of Franchise, said the following: “We’re delighted to celebrate this incredible milestone with our talented partner No Brakes Games. The community has really taken Human: Fall Flat into their hearts and their excitement and support has enabled us to keep updating the game with ingenious new levels. 2020 was our biggest year yet, but alongside No Brakes we’ve got even bigger plans for the future and we’re excited to share more soon.”

To give you some idea as to the level of success Human: Fall Flat has achieved, 25 million units puts the game ahead of huge titles such as Super Smash Bros. Ultimate, The Last of Us, Call of Duty: Modern Warfare 2 and more. It’s an absolutely mind-blowing level of success for a game about climbing walls and doing silly physics puzzles.

How Is This Milestone Being Celebrated?

In honour of the achievement, and in conjunction with the Lunar New Year, a brand new lobby has been added to the game, exclusive to Steam. This new lobby, which was created by the most recent winner of the Human: Fall Flat Steam Workshop Competition, Muyao Li, features seven areas inspired by traditional Chinese tales, and features a variety of tasks to complete. You can check out the trailer for the new lobby at the top of the page.

Tomas Sakalauskas, Human: Fall Flat’s creator, added this: “My ambition was always that Human: Fall Flat would be a game that inspires creators and players to build and explore new levels without any limitation. It’s wonderful to see a brand-new lobby exploring the rich culture and tradition of the Lunar New Year. I am constantly surprised by the innovation that comes out of the worldwide community.”