Hello, Goodbye, and Everything In Between REVIEW – Laters, Daters 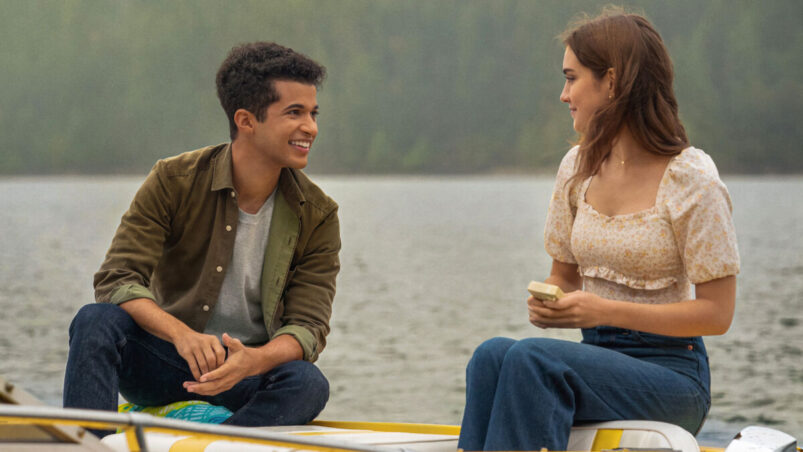 Hello, Goodbye, and Everything In Between

Hello, Goodbye, and Everything In Between wants us to ponder an important question: how long can Jordan Fisher legitimately play a high school student? He was the second love interest in To All the Boys: P.S I Still Love You in 2020, and dated a high school student in another Netflix movie Work It. Here, he plays Aidan, a senior in high school, who falls in love with his girlfriend Clare (Talia Ryder), all the while knowing their pact to break up before they head to college.

We begin with the hello moment. They meet at a Halloween party: he playfully criticizes her costume choice, she’s charmed by his singing and his personality. He walks her home, they steal some candy and as they reach their destination, they both clearly have kissing on the brain. But they’re on the verge of graduating, and Clare doesn’t want to start something and be shackled by it when she heads off to college. So she gets him to agree that this won’t be something serious, and that they’ll end things after graduation. He agrees because he wants to kiss her, and then we’re taken into a montage of their relationship and senior year together.

Both Ryder and Fisher are gorgeous people, but they just don’t have much romantic chemistry with each other. Watching Aidan and Clare converse is as boring as watching paint dry, as they play out the same issue over and over again. He wants to stay together and make it work, she loves him but doesn’t want the baggage of a relationship holding her down. She was privy to the nasty divorce that her parents went through, and didn’t want to relive that in her own love life. She also believes that you can’t possibly meet your person when you’re so young and still discovering who you are.

As they embark on their final date together, Aidan recreates all the important moments in their relationship, so we dive into the details of the scenes we saw in the montage. The structure of the film is its most interesting component, and I liked how the montage gave us certain expectations before we discover that there’s more to the story. We learn that even though Aidan wants to be with her, he still hasn’t let her know him in the way he should. A partner should be someone you can lean on in moments of crisis, not someone you hide your problems from. They each have fears holding them back, which gave a realistic dimension to the relationship.

Compared to the romantic relationships in other teen movies, this romance gives us nothing to root for. What do they even like about each other? Everyone talks about them as this great couple, but all I see is two good looking people standing together. Even when the breakup seems final, both actors don’t sell the devastation very well. Aidan and Clare are each other’s first love, the separation should be more heartbreaking than it ends up being.

The supporting characters do the heavy lifting in Hello, Goodbye, and Everything In Between. Nico Hiraga was the best thing about the movie Moxie, and he does great work here again as Aidan’s best friend Scotty. He’s supposed to be the comic relief, but the conversation he has with Clare in particular shows us how much he cares about these two people and understands the difficulty of the situation they’re in. Ayo Edebiri is also pretty good as Clare’s best friend Stella — she’s supportive and empathetic, and has her own character arc going on that’s fun to watch.

Also, I think framing their relationship to have such a short runway didn’t allow for much emotional resonance. If they’d spent their entire high school together as a couple, then this whole breaking up situation would be play out in a more complex and relatable way. As it stands now, whether they break up or stay together, the viewer just isn’t invested enough to care either way. 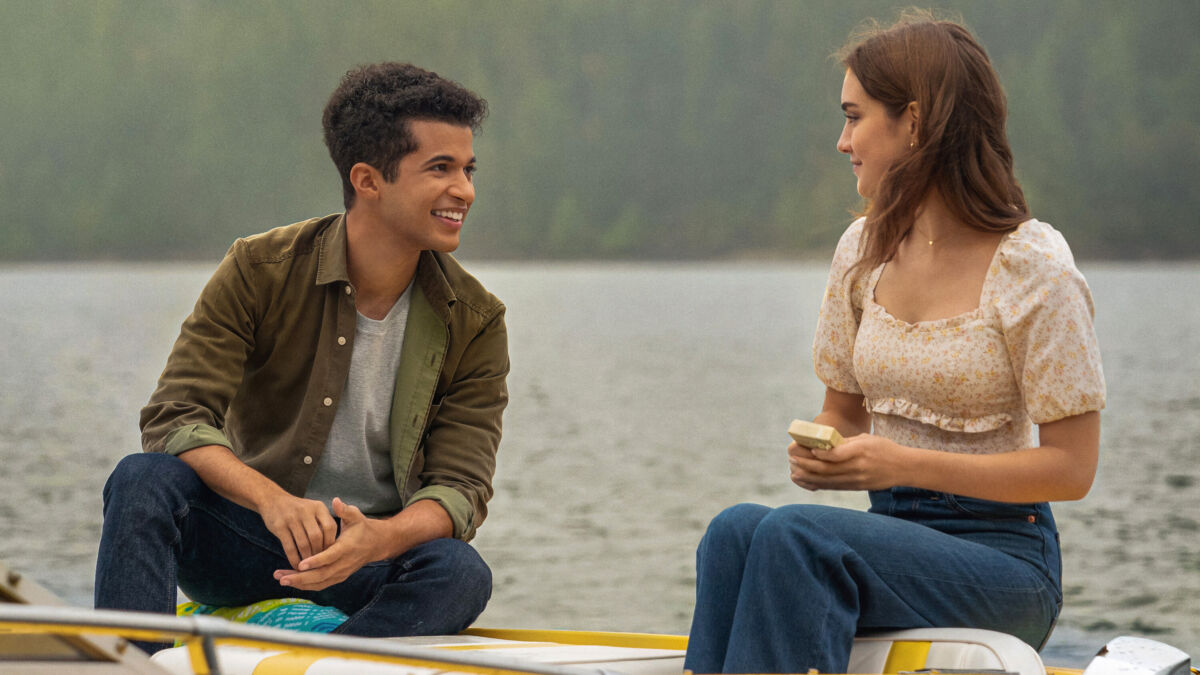 Verdict
Despite the presence of Jordan Fisher, the movie never manages to rise to the ranks of a top-tier teen movie. It fails to make an impression, and lies somewhere in the middle of Netflix's teen movie setlist.
5
Cultured Vultures is a pop culture website established in 2013 covering all things gaming, movies, and more. We eat your words.
All The News On The Biggest Games