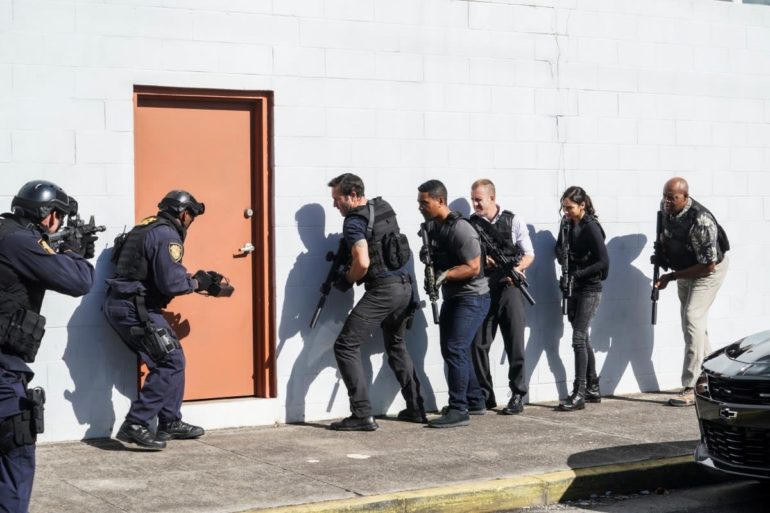 “Ka I Ka ‘Ino, No Ka ‘Ino” translates to “To Return Evil for Evil.” The foundation of the episode couldn’t have been written more clearly in this sense. If anything, the message seems to be that if you extinguish one evil, another arises. Not only that, but its theme also contains the message, which comes across as more of a warning, that your past will come back to haunt you in some way, shape or form.

A case of an exploding helicopter turns into the reappearance of an old but familiar memory for Steve. His old nemesis Wo Fat may be dead, but his spirit continues to take vengeance in the most unexpected ways, this time in the form of Daiyu Mei.

Wo Fat was an overused villain, considering he taunted and tortured Steve for years up until his death. When the current case circles back to connections in Wo Fat’s world, Steve seems more composed than we’d expect. Alex O’Loughlin has always done incredibly well at playing his character, but in this episode I thought it would make more sense for Steve to feel distressed rather than the objectivity that was portrayed.

Wo Fat was a major villain for Steve in both the original and reimagined Hawaii Five-0. Clearly his storyline was once of great importance, but since his demise it’s better left alone. Wo Fat is along the lines of “same old, same old” by now, and we need a new villain that is preferably Wo Fat’s complete opposite to create a series of interesting, and new, challenges and obstacles for Five-0, especially Steve if he’s the new villain’s primary focus.

Steve knows coincidences are never what they seem, especially in his line of work. He should surely be dreading whatever will come up out of what they find, especially when he and Danny discover the room that once held the weapons that Wo Fat was suspected of stealing years before. Steve has a tough attitude and simply goes to work in situations like this, but under the surface there have to be old wounds and difficult memories threatening to rise to the surface.

Daiyu Mei will undoubtedly be Steve’s next archenemy, as if he doesn’t have enough to worry about already. It’s clear there’s something bigger going on in Hawaii crime-wise given the season’s previous episodes that Steve will have to face as it is. Is Daiyu connected somehow? It would better justify her sudden appearance.

Adam’s past is coming back to haunt him as well, just in a different manner. Ian Anthony Dale’s performance isn’t lacking, but it seems to play out all wrong given Adam’s character’s past and personality traits. Why would Adam revert to the life he worked so hard to get out of? It seems as though Adam has given up and become somewhat manipulated back into the Yakuza world. Perhaps getting together with Tamiko was not the best thing for him, considering the fallout from the previous episode.

Adam also turns his back on his Five-0 family and decides to deal with the fallout alone. This in itself doesn’t make sense, because he’s always relied on them before. Even Steve makes a point of telling Adam that after everything they’ve been through, Adam should be able to divulge what’s going on.

Yes, the fallout isn’t looking good. Yes, Adam’s in serious trouble. He’s been in jail before and should know better. He worked hard to create a new life out of it all, but just as soon gives it up. No character can undergo such a personality change in such a short amount of time, it just doesn’t seem realistic. Adam could certainly change to some degree but it seems like he’s another person entirely, which complicates his character and doesn’t evoke much sympathy from the audience.

There could be a bigger reason. Perhaps Adam’s doing it to save Tamiko, as he doesn’t trust her father’s henchmen. He’s taking big risks, especially when he illegally obtains a gun. Then again, it doesn’t seem like Tamiko wants to be saved. She admits to resenting the way her father lived, but given recent developments she wants vengeance, seemingly changing her own morals on a whim.

The two are there for each other, but their relationship is being built on all the wrong stepping stones which will surely lead to disaster. Either way, neither character is making much sense, and by extension the actors’ portrayals are strikingly different, as though someone else has replaced them to play their characters.

Echoes of the past include the watch that Adam wears, which contains a special inscription from his ex-wife, Kono, who was one of the very first members of Five-0. We saw Adam go through a difficult time after they broke up, so perhaps a part of him still harbors feelings for her, which would explain why he still wears the watch. The thing is, the watch is also what ties him to an armed robbery, so in a way his past is changing his future.

The pacing of “Ka I Ka ‘Ino, No Ka ‘Ino” could be slow at times but it was necessary to let each development unfold in turn. Adam’s storyline and Five-0’s newest case unfold in sync, obviously with different outcomes, as Adam seemingly reverts to his old ways and Five-0 discovers there’s more to the pilot of the exploding helicopter than meets the eye.

The episode’s end was somewhat predictable. Wo Fat clearly meant something to Daiyu Mei, so it wasn’t surprising to find she was his widow. Daiyu was certainly Wo Fat’s match made in Heaven, as she was serving time in a Chinese prison for trafficking illegal weapons. She’s obviously set to resurface in the near future, and it won’t be good. I hope her storyline wraps up quicker than Wo Fat’s, as she is basically a reincarnation of her late husband. It gets old watching the same villain season after season, and I can’t help but feel for Steve. It seems that no matter what, he can never seem to escape his worst enemies.

The plot surrounding the exploding helicopter unfolded in a clever and meaningful manner. It jumps from person to person as Five-0 tries to determine who was the original target, making for less predictability, which is always a good thing, especially in police procedurals.

Danny and Steve share some moments of their familiar bickering, especially regarding Adam. Whereas Steve feels he gave Adam the chance to tell his side of the story, Danny insists that there’s more to it and that they can’t give up just yet. Both men have different approaches not just to police work but also in life, and this has caused several of their clashes throughout the show, albeit primarily for our own entertainment.

Daiyu is clearly a master of disguises, given her elderly lady get-up that we initially see her wearing. The make-up artist that made her “look” possible certainly deserves praise for its detailed and convincing quality. Daiyu has skills and is clearly on a mission. What we saw of her in this episode was only the beginning, and will likely have Steve looking over his shoulder for some time.

Vengeance and ghosts from the past resurfacing was the drive for “Ka I Ka ‘Ino, No Ka ‘Ino” – not just in its plot, but also its theme and characters. Just when the Five-0 team believe their pasts are in the past, life takes them on a whirlwind, notably with Daiyu Mei’s appearance and Adam revisiting a life he’s long left behind. 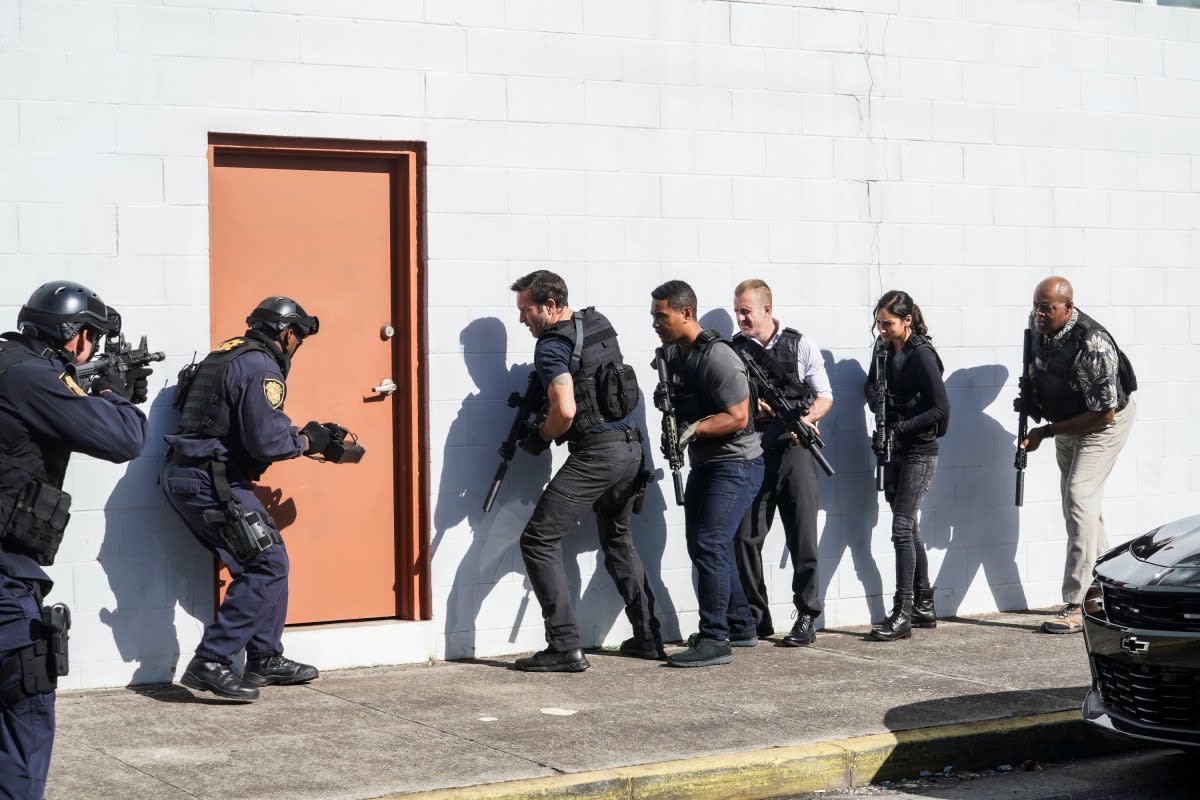 Verdict
The past coming back to haunt you is an interesting theme, but here it seems to be a matter of Steve and Adam being haunted by the same old storylines.
7.5
Cultured Vultures is a pop culture website established in 2013 covering all things gaming, movies, and more. We eat your words.
All The News On The Biggest Games