Coming to PC and Switch next year. 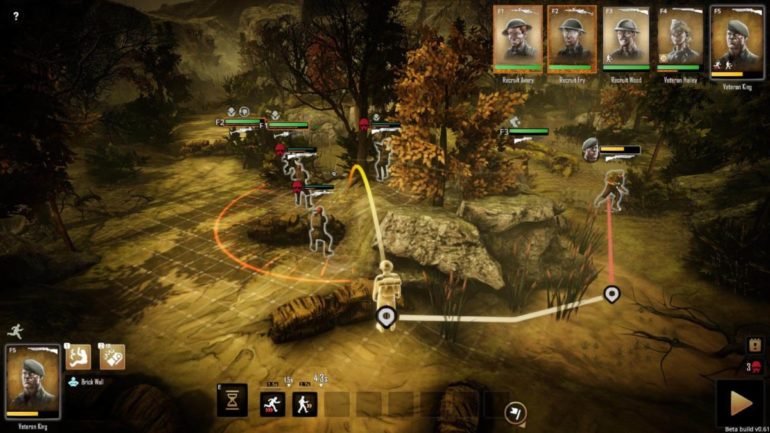 There have been countless video games set during World War Two, but the upcoming Broken Lines stands out from the crowd due its focus on turn-based gameplay. A new trailer released by publisher Super.com confirmed that the game will be released next year for PC and the Nintendo Switch, although an exact date was not specified. Either way, you can check out the trailer below.

While it may not appeal to the Call of Duty crowd, developer PortaPlay have worked hard to create a turn-based experience set during the Second World War, with the plot following a squadron of soldiers being trapped behind enemy lines in Eastern Europe after their plane crashes. The official press release has confirmed that the plot will not be entirely historically accurate, and will offer alternate depictions of historical events.

One of the most notable gameplay elements of Broken Lines is the inclusion of a ‘pause and play’ feature which automatically pauses the game whenever a new threat appears to the player, allowing them to review and respond to their objectives. Other than that, the core gameplay of Broken Lines looks reminiscent of classic tactical RPGs, so if you’re a fan of XCOM, you’ll probably enjoy this.

Broken Lines will be published by Super.com on PC and Switch next year. There’s currently no word on whether it will also be heading to PS4 and Xbox One, although you can head over to the game’s official website to stay updated.

READ NEXT: 15 Best Turn-Based RPGs of All Time