Can you enjoy Halo without actually shooting aliens yourself? Yes. 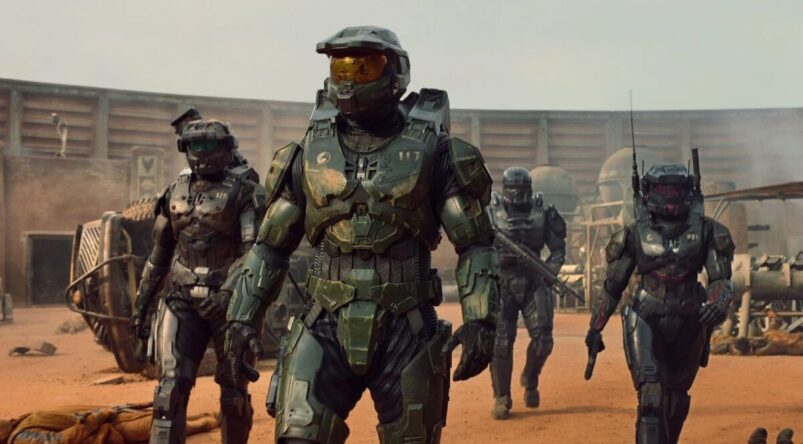 It’s taken the better part of a decade and at least $200 million dollars, but the Halo TV adaptation has finally arrived on Paramount+. So, was this hotly anticipated video game adaptation worth the wait? In a word, “yes”. While showrunners Kyle Killen and Steven Kane make the occasional tactical error, the show’s first season is nevertheless a solid nine-episode campaign that should satisfy existing Halo devotees and franchise newcomers alike.

Set in the 26th century, Halo chronicles the war between the United Nations Space Command and the Covenant, a collective of different alien races bent on wiping out humanity. At the centre of this conflict is Master Chief Petty Officer John-117 (Pablo Schreiber), an armoured Spartan super soldier capable of going toe-to-toe with the otherwise invincible Covenant forces. Like all Spartans, Master Chief is conditioned to carry out orders without hesitation, however, his reliability is called into question after he refuses to kill teenaged revolutionary Kwan Ha (Yerin Ha).

Matters are further complicated after our hero discovers a mysterious otherworldly artifact that he alone can activate. This artifact appears to point the way to an ancient and supremely powerful superweapon that both the UNSC and the Covenant are desperate to track down first. With Master Chief’s emotional state increasingly compromised, Doctor Halsey (Natascha McElhone) implants advanced AI program Cortana (Jen Taylor) in his brain – an action that forms part of a larger plot to bring the super soldier under her total control.

And, all the while, Master Chief recalls enigmatic memories hinting at his previous history with the artifact, even as the Covenant unleashes human turncoat Makee (Charlie Murphy) to bring him down.

It’s all bog-standard sci-fi stuff and broadly aligns with the canon of the Halo video games – although purists will no doubt object to some of the show’s more drastic breaks with established continuity. But really, Halo: Season 1 works less when it’s fixated on world-building and re-treading the franchise’s somewhat generic core narrative, and more when it explores its characters and the relationships between them.

Of these, easily the most compelling is the Master Chief/Doctor Halsey dynamic. Killen and Kane wisely construct Halo’s main plot around the oddly affecting mother and son bond the pair share, and it’s a key factor in keeping the story both propulsive and engaging. The same can’t be said for the subplot involving Kwan, which offers plenty of heart during her scenes with Master Chief early on but becomes markedly less effective opposite Bokeem Woodbine’s maverick ex-Spartan Soren-066.

This uneven streak extends to Halo’s cast, too. On the plus side, the show has found the perfect Master Chief in Schreiber. The Canadian-American actor growls his lines with surprising nuance, while his distinctive face – controversially shown sans helmet for much of Season 1’s runtime – is exactly as rugged as a space marine’s mug should be. Master Chief is a role that comes with plenty of baggage, yet Schrieber still manages to deliver, and proves equally convincing as both an action hero and something slightly more complex.

Schreiber’s co-stars are more of a mixed bag, however. Of the supporting cast, McElhone and Murphy are the obvious standouts, as is Kate Kennedy as John’s fellow rebel Spartan Kai-125. Ha and Woodbine – along with fellow prominent players Olive Gray, Danny Sapani, and Shabana Azmi – compare less favourably, although in fairness, this is partly because Killen and Kane give them less rewarding material to sink their teeth into. And then there’s Taylor reprising the Cortana role she originated in the original Halo video games. The voice actor turns in a predictably stellar performance, but is also saddled with a less-than-stellar CGI avatar that looks neither real enough nor fake enough to win us over.

Fortunately, Cortana represents one of Halo: Season 1’s relatively few visual effects-related hiccups. Otherwise, the show’s pixel-powered cosmic vistas are as consistently impressive (not to mention seamless) as you could hope for from a TV production this ambitious. Grounded in strong production design, Halo doesn’t just recreate the signature aesthetic of the video games, it expands on it as required, resulting in visuals that often rival those of similar big budget sci-fi efforts like Foundation.

The same goes for the action set pieces peppered throughout Halo’s first season. At their best, these sequences capture the spirit of the games’ unique blend of gunplay and melee combat while also playing to the strengths of a different medium. At their worst, they suffer from stylistic overreach – especially when the show’s initially novel attempts to directly evoke Halo’s first-person shooter gameplay begin to feature more prominently. On the whole, though, the show’s battle scenes are well-handled more often than not.

Yet maybe the most remarkable thing about Halo: Season 1 is that it’s a video game adaptation that actually has something worthwhile to say. As with the show’s story, that something isn’t exactly original – we’re talking familiar themes like what it means to be human and whether we can overcome our programming – but it’s timeless (and timely) all the same.

At the same time, these themes feel frustratingly undercooked – a bit like Halo: Season 1 itself, at times. But much like the show’s freshman outing, there’s also no denying either their innate appeal or obvious potential. And with Season 2 already confirmed, chances are you’ll be willing to re-enlist by the time Master Chief’s next small screen mission rolls around. 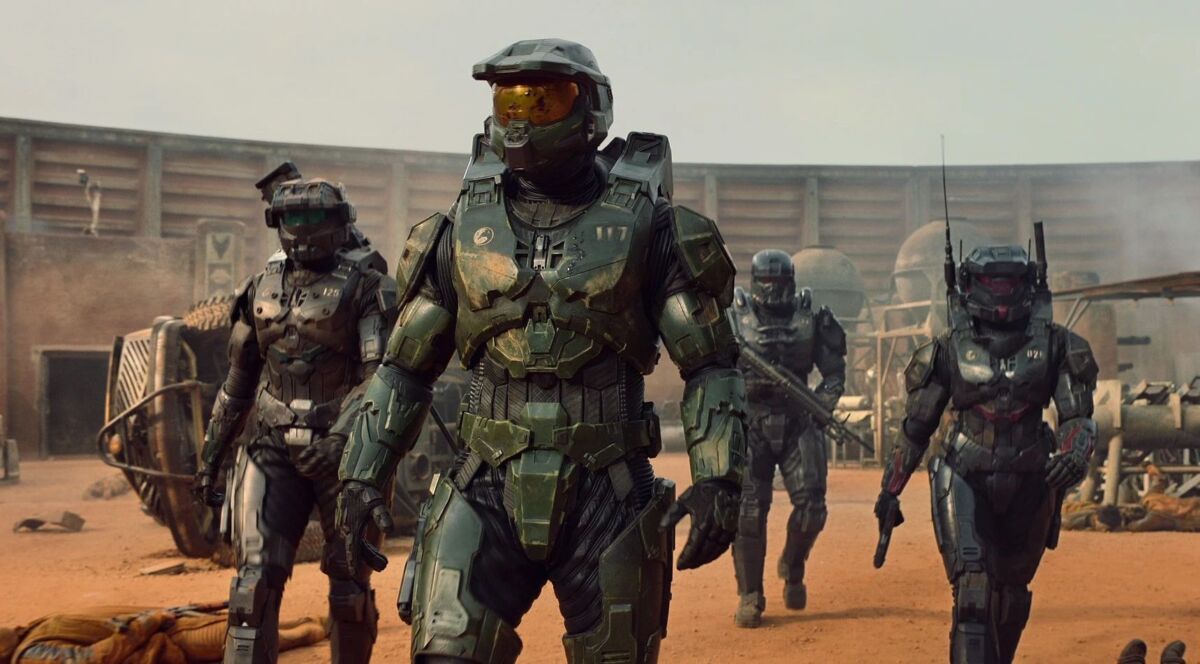 Verdict
Better than its detractors suggest without ever being quite as good as it should be, Halo succeeds as a TV show thanks in large part to its perfectly cast leading man and first-rate production values.
6.5
Cultured Vultures is a pop culture website established in 2013 covering all things gaming, movies, and more. We eat your words.
All The News On The Biggest Games