Hades’ Platinum Trophy Is The Real Pact of Punishment 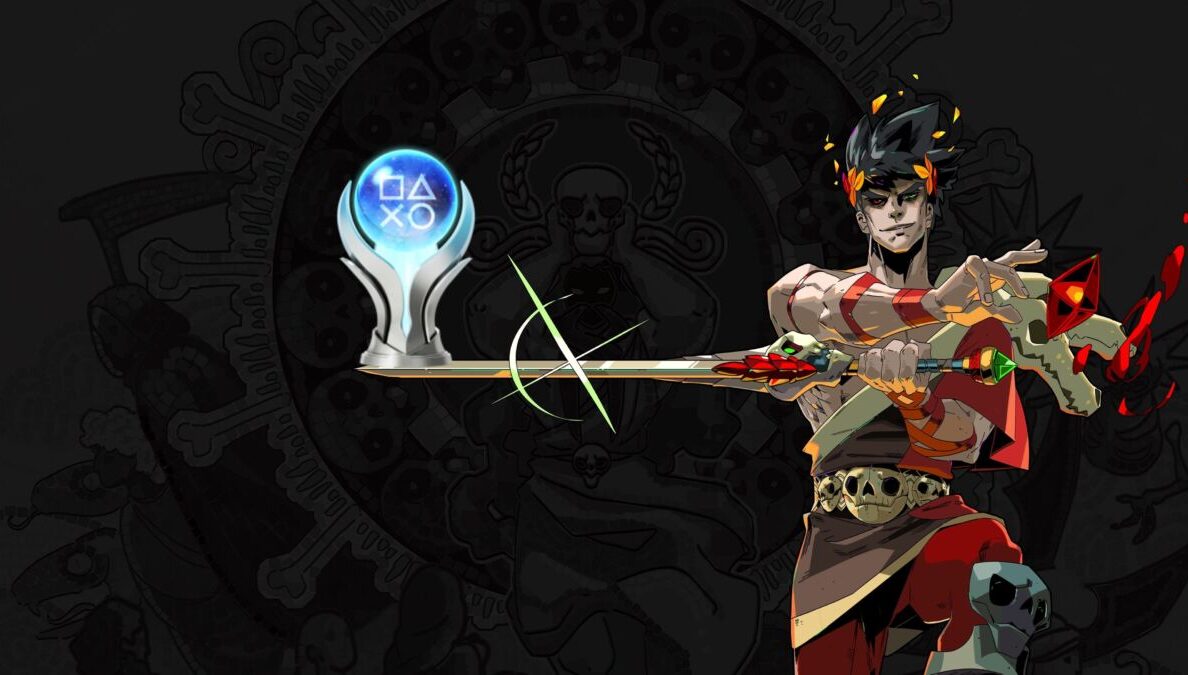 After tearing up the script (which has heaps of words, by the way) over on PC and Switch, Hades is now finally on PlayStation and Xbox, the former of which also comes with a Platinum trophy on PS4 and PS5 that’s just about the toughest challenge I’ve seen in a long time. While it’s definitely attainable, trying to get the Platinum in Hades seems like more of an uphill struggle than Sisyphus and his boulder.

First off, there’s the fact that, generally speaking, Hades isn’t exactly a paddle in the palace foyer’s blood pool. While it’s not the hardest game out there, it’s a roguelike, meaning plenty of attrition to try and nail a run with failed attempt after failed attempt. You’re not supposed to succeed straight away in Hades: it knocks you down then builds you up again, run after run. Getting just the trophies for progressing through areas is enough of an ask, especially for finishing your first run.

Once you’ve cleared the game, credits and all, you might expect to have made a decent dent in your trophies, but that’s far from the truth — you’re only just getting started. You have so many different runs, sidequests, modifiers, and items to use that Hades might just turn into a 150+ hour game if you’re looking for that Platinum trophy on PS4 or PS5 — or both, if you’re nuts.

There’s Friends Forever, a trophy that asks you to max-rank each standard keepsake, a frankly absurd undertaking. Each rank of a keepsake takes between 20 and 30 chambers to upgrade, and there are around 60 chambers per run, three ranks to upgrade to max. I’m no mathematician, but that’s something like 1800 chambers cleared, roughly 30+ completed runs, but likely closer to at least 35. Getting through all those runs will be even harder when you’re not able to use some of the better keepsakes that give you a free revive or extra health, either.

Nyx’s Mirror is another trophy that’s all about the grind, with you having to unlock every single skill in the mirror, front and back. That’s a lot of darkness, which is especially grating when you consider that some of them are just objectively not as good as others and you won’t be using them.

Tools of the Architect continues the grind trend, tasking you with choosing 50 different Daedalus Hammer enchantments. Sounds fine on paper, but when you consider that you have to first unlock all the weapons (itself a trophy called Arms Collector) and then rely on RNG to not only find something that only pops up 2 or 3 times per run but also might not offer the Daedalus Hammer enchantment you’re missing, it’s a bit overboard.

Then there’s the Pact of Punishment trophies, which, oof — it hurts just looking at these. Slashed Benefits asks you to keep beating increasingly tough, already tricky armored enemies over and over with different perks via the Benefits Package pact, while The Useless Trinket and Skelly’s Last Lamentations task you with completing runs with 8 heat and 16 heat respectively. But Harsh Conditions, which demands you to complete a run with all 15 Pact of Punishment conditions equipped, already makes my brain and fingers ache — I genuinely fear it.

Let’s also not forget all of the sidequests, otherwise known as prophecies, in your quest for 100% completion in Hades. End to Torment, Musician and Muse, and Divided by Death all require a lot of gift giving, conversations and patience, but War-God’s Bloodlust is an utter time-sink that asks you to slay 10,000 enemies. That’s a lot of runs, even more chambers. To add context: I’ve cleared Hades 4 times so far across about 30 runs on PS5 after beating it on Switch dozens of times and don’t think I even have 8000 kills yet. Dread to think how long it will take brand new players to hit those numbers.

You’d think all of that would be enough for the Platinum, right? No. Thorn of Thanatos wants you to get through at least 15 chambers during a run (roughly 1 in 4) without taking any damage, Well Versed asks you to become good mates with all of the gods and max out the codex, while there’s even a final story trophy called One for the Ages that demands you give nectar out like it’s candy and complete a whole bunch of runs even past the credits.

So, yeah. It’s a lot, even if you turn on God Mode. As much as I love Hades (and boy howdy, do I ever love Hades), I think its Platinum may simply be beyond me, much in the same way as The Long Dark. If you’ve managed 100% in Hades, basically defying the gods themselves in the process, drop some proof below and I will bless you with a boon.

READ NEXT: Is Hades On PlayStation & Xbox Worth Playing?