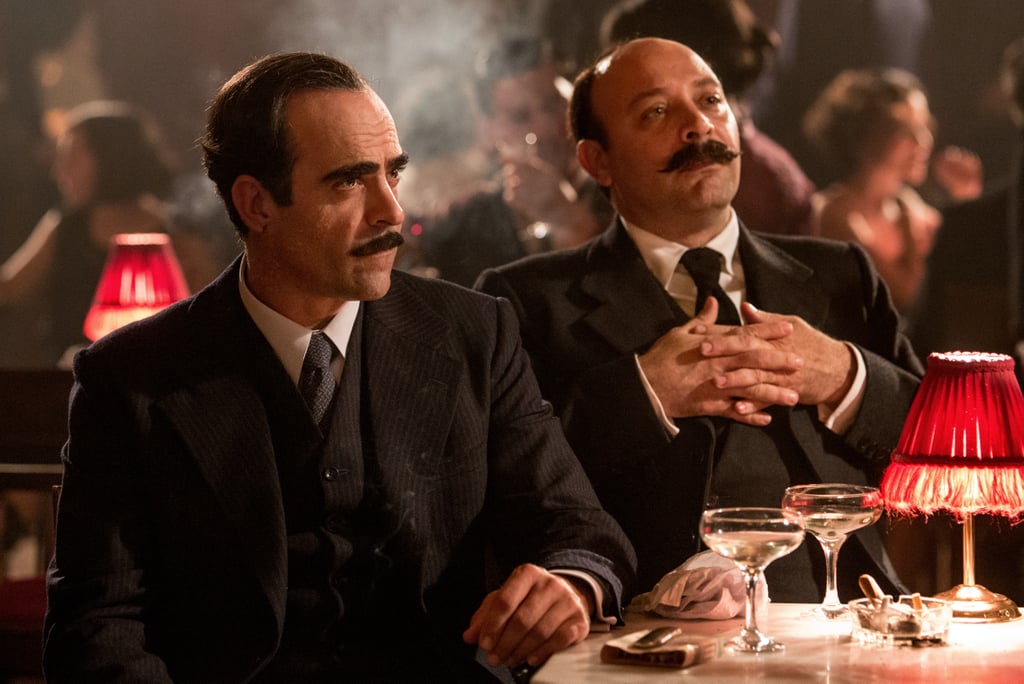 While Gun City is no masterpiece, it’s one of the better crime dramas to recently be released. 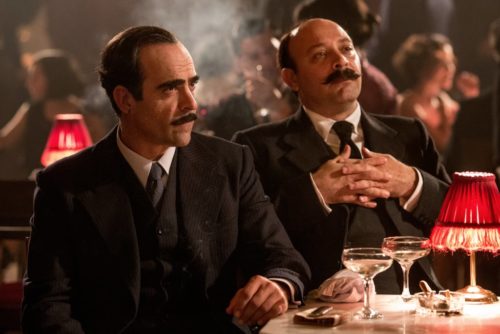 When crime films such as The Godfather and Goodfellas serve as the benchmark for quality crime dramas, it can be daunting for other genre efforts to follow. Personally, I believe Sergio Leone’s Once Upon a Time in America is superior to both of those films, but as the Dude would say, “Yeah, well, you know, that’s just like, uh, your opinion, man.” So when smaller films like Netflix’s recent offering Gun City (La sombra de la ley) comes along, they may easily be dismissed or overlooked. Although plot mechanics and clichés affect Gun City —when has that never been the case with the genre?— it remains an engrossing period piece, more akin to Gomorrah and Once Upon a Time in America in scope.

Netflix has released Gun City to coinciding with a theatrical release in Europe. The film follows a war veteran named Aníbal Uriarte (Luis Tosar) who is sent from Madrid to assist the Barcelona police in locating a stolen shipment of military weapons. Serving as a backdrop to the action, Director Dani de la Torre explores the political and social unrest in 1921 Spain that led to Primo de Rivera’s 1923 coup d’ètat.

When Uriarte joins Inspector Rediú’s team in searching for the missing guns, he is exposed to the city’s seedy underworld. In a role that draws comparisons to Clint Eastwood’s “Man with No Name” character, we see Tosar’s Uriarte navigate among multiple groups in order to gain information—the corrupt police force, El Barón’s crime ring, and a group of anarchists that is striking for equality and better working conditions.

Central to the plot is the relationship built between Uriarte and Sara Ortiz (Michelle Jenner). Uriarte first meets her when she leads a protest for women’s rights. She is the daughter of Salvador Ortiz, a labor leader who has organized a factory workers strike. Most impressive is how their character arcs fully develop over the course of the film. As they learn to trust each other, they must question their allegiances and ideals.

Uriarte and Sara’s relationship ties into the film’s strongest conflict, which revolves around her father’s inability to prevent the group of anarchists from splintering. Ortiz believes in peaceful protest, while a young worker named León argues that change can only come through violence. This power struggle culminates in an emotionally devastating scene that is punctuated by a score reminiscent of Ennio Morricone’s “Deborah’s Theme” from Once Upon a Time in America.

Gun City delivers plenty of action, which will definitely appeal to fans of Netflix’s Peaky Blinders. However, the film is a more methodical exploration of Spain’s socio-political climate at the time. Its dense storyline—plus the fact that dialogue is presented in Spanish with English subtitles—may not gel with audiences looking for mindless action, à la Gangster Squad.

The film also boasts impressive period detail, almost seamlessly recreating 1920s Barcelona with minimally intrusive CGI. One minor qualm is that a majority of weapons used in the production are anachronistic to the time period, according to the Goofs section on Gun City’s IMDB page.

Another technical achievement is the film’s cinematography. When Uriarte is first taken to El Barón’s cabaret Eden, an impressive one-shot explores the establishment. The camera travels up the grand stairway into the club and through the dressing rooms before emerging from the stage wings and craning back into the main room. However, sometimes the cinematography draws too much attention to itself—such as an instance in the cabaret which recreates a famous sequence from 1927’s Wings—and almost ruins the magic onscreen.

The seams show during other instances, especially when the filmmakers reference successful films. At one point, a character creates a scorpion out of wire, similarly to how Edward James Olmos’ Gaff makes origami figures out of paper in Blade Runner.

While Gun City must rely on established genre tropes, they hardly feel trite—with one exception. Throughout the course of the film, Sara and other women are faced with misogyny and the threat of sexual violence as a means of coercion. Thankfully, it doesn’t reach the level of the sort of depravity as depicted in Sergio Leone’s otherwise masterful Once Upon a Time in America. Despite how the misogyny represents a societal problem and present danger that Sara and others fight against as they champion gender equality, the filmmakers could have approached the subject with more sensitivity or removed it altogether.

Lastly, as immersive as the story is with its cast of interesting characters, some subplots and secondary characters do not get their proper due. In effect, the cornerstone of the plot—the search for missing military weapons—is lessened to the point to where it feels like a MacGuffin, rather than the narrative’s driving force. That is not necessarily a bad thing, especially since Gun City is a character-driven period drama. But when all is said and done, we begin to care less about the main mission since the remaining loose ends aren’t entirely accounted for.

In light of its shortcomings, Gun City presents a layered critique of the social-political state of Spain in the 1920s in the guise of a crime film.

Verdict
While Gun City is no masterpiece, it’s one of the better crime dramas to recently be released. Peaky Blinders fans may be drawn to the film’s period detail and violence, but its character-driven story and methodical pacing may not suit everyone. However, patient viewers may be rewarded.
8
Cultured Vultures is a pop culture website established in 2013 covering all things gaming, movies, and more. We eat your words.
All The News On The Biggest Games