Oh my god, it's happening! 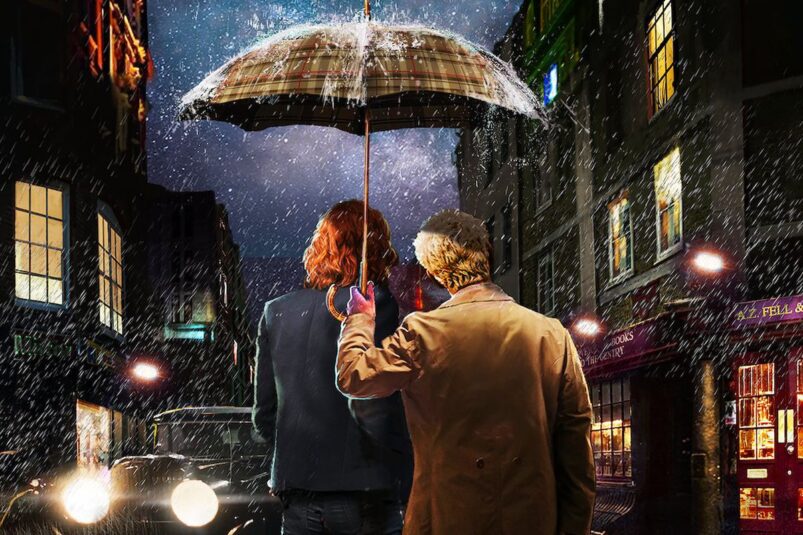 It’s official – filming has started on Good Omens: Season 2, the follow up to the wildly popular Good Omens that aired on Amazon Prime all the way back in 2019. Ah, 2019. The world was much simpler back then, before the plague and the pestilence came, and even then, fans were clamouring for more of Aziraphale and Crowley’s adventures.

It’s easy to see why Good Omens was such a hit. Terry Pratchett and Neil Gaiman’s story is a standout in both of their writing careers, with a pre-established fanbase which was likely to enjoy any filmed version of the book. The production value was high, the sets were shiny, and in one of those magical casting moments that happen once in a blue moon, they couldn’t have done any better chemistry-wise than casting Michael Sheen as the fussy angel Aziraphale and David Tennant as Crowley, the demon who isn’t quite as demonic as he tries to be.

It is that chemistry between the two leads which has probably led directly to Good Omens 2. They were so good together that you can hardly blame anyone involved in the production for wanting to try and capture that lightening in a bottle again. But it’s also no secret that the story in Good Omens had a beginning, a middle and an end – so what exactly could Good Omens 2 be about? There are a significant number of fans who are wary of what this sequel will bring, especially bearing in mind that Sir Terry is no longer with us to be involved in the creative process of a new story.

As someone who’s a fully paid-up member of the Cult of Terry, I must admit that I’m not too concerned about where this story could go without his hand in writing it. On a personal level, Gaiman and Pratchett were very close friends, and although I’ve never enjoyed Gaiman’s individual work as much as Pratchett’s, I trust him not to compromise their vision – based solely on the stories of their friendship, I think that Pratchett would trust him too. Some of the first season of the show even came from a long ago idea that the two had for a sequel.

And, in the end, it is only a TV series. If you’re a purist fan of the book and you want to ignore it, then you can. No one is holding a gun to your head and making you watch it. But if you are someone who enjoyed the book and thought the TV series was in fact an improvement on the story – like me – then Good Omens 2 is something you can really look forwards to.

I personally am cautiously optimistic about the whole thing. No one knows Aziraphale and Crowley better than Neil Gaiman, after all.

He’s been been dropping a few hints about the new season, most of them wonderfully vague. We know there are some returning actors, such as Michael McKean and Miranda Richardson, but that they won’t necessarily be playing their original roles. We know that the story will span time and that there is, intriguingly, a mystery to solve. But, most importantly, we know that Aziraphale and Crowley will be back and probably doing what they do best: bickering, arguing, falling out, making up again and trading witticisms like Pokémon cards. And if we’re honest, that’s really all any of us want to see.

We’ve seen the great big world and universe shattering story in the first season. Season 2 is, if we’re honest, pure indulgence. It is indulgence for Gaiman, for Sheen and Tennant, and for the fans. But just because it is indulgence doesn’t mean it can’t be good. I can see the reviews now; at worst, it will be a completely watchable, enjoyable piece of entertainment. At best, it will stand alongside the first season and we won’t be able to imagine a world in which it wasn’t going to exist.

There are a lot of things I would like to see in Season 2. I want to see Aziraphale a little bit more chill than he was before. I want to see Crowley a little bit less painfully anxious. I’d love John Hamm and Anna Maxwell Martin to reprise their roles as Gabriel and Beelzebub. I am very excited about the idea of the story moving through time; the flashbacks at the start of episode three were the best part of the whole of the first season. And I, like a significant number of people, saw the romantic potential in Aziraphale and Crowley’s relationship and would be totally alright if that came up too. It doesn’t even need a big fuss made about it; a shot or two of them holding hands would honestly be enough.

All in all, Good Omens 2 seems to be me to a Very Good Idea – and I can’t wait to find out what Gaiman and his gang are going to do with it.

READ NEXT: 5 Reasons Why You Should Read Discworld If You Love Good Omens