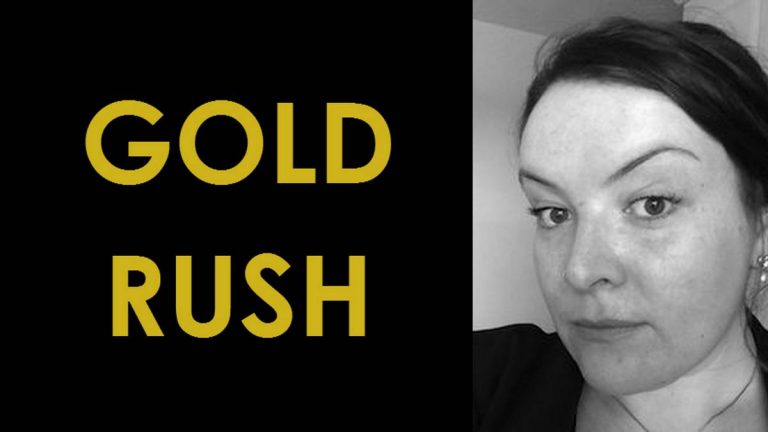 With a staggering volume of successful creative alumni, Goldsmiths University London is an institution that takes talent seriously, and its MA in Creative and Life Writing has nurtured some of the finest contemporary literary talent – Evie Wyld, Lucy Caldwell, and Ross Raisin are some of its most recent graduates who have gone on to find critical acclaim and success. Now a student on the MA herself, Livvy J Hooper is here to use and abuse her position as a CV writer and MA student to chat with some of the brightest stars on the course; who just so happen to be some of the brightest literary talents on the horizon. Remember these names…

Tell us a bit about yourself – who are you, where are you from?
My name’s Bex and I’m from Birmingham

How would your best friend describe you?
Funny, blunt, driven.

How did you ‘get into’ writing? Why do you write?
I’ve always written; my earliest memories of school are of writing stories. I write now because I can’t not.

Do you have a specific technique or routine to your writing? Any strange writing habits?
I listen to white noise when I write, as opposed to music or silence. It’s quite unusual, but I have tinnitus and a number of hearing problems, so the white noise really helps me to focus. In terms of routine, I try and make sure that I write every day, but I dont have a set schedule because my schedule outside of writing is a bit fluid.

How important is inspiration to your writing practice?
Very important, and the inspiration doesn’t just come from other writers – though I think reading is the number one thing you need to do if you want to be a writer. My number one inspiration comes from just being in the world; long train journeys, working, my history of working in low paid administrative jobs, it’s all a big part.

What are you working on right now?
I’m working on a sequence of short stories that hang together as one narrative, about the physical experience of the dead female body, called Dead Girls.

What advice would you give to aspiring writers?
I would say – to quote Joanne Harris – you need to read, and you need to write. It sounds ridicuous but there’s a reason why people like Joanne Harris and Stephen King say it; if you can’t make time for reading and writing, then you’re not going to be a writer. So my advice is to read a lot, write a lot, and honestly I would advise either doing a qualification like an MA, or at least finding some kind of writing group that you can be part of.

What are you reading at the moment? Would you recommend it?
I am reading Brown Girl Dreaming (by Jaqueline Woodson) which I absolutely would recommend. It’s kind of in free verse and it’s excellent. I’m also in a re-read – actually I’m constantly in a re-read – of Kazuo Ishiguro’s Remains Of The Day, which I think is a perfect novel.

Who is the most underrated author?
You know what, I’m going to say Stephen King. He’s not underrated in sales, but he’s underrated in what he can do as a story teller, as a yarn-spinner. He’s a guy that can make you turn the pages. He’s underrated as a craftsman: he writes horror, he writes fantasy, his books are funny, moving, scary, gripping – that’s a guy who has honed his craft massively. Just because a book sells a lot of copies doesn’t mean it’s not worth reading.

If you were stranded on a desert island, what three things would you bring?
A boat, some kind of radio that I could use to contact other people, and my husband. Who can build anything out of anything?

If you were left in the woods with only the items in the room you are in, what would you build?
Well I’ve got my iPhone so i would use it to ring people to tell them to come and get me.

Okay, if you didn’t have your iPhone.
There’s a lot of tables and chairs so I guess I’d build a shelter, and there’s a lot of glasses and bottles so I would use them to collect water, and to construct – actually not some kind of trap because I couldn’t kill an animal, but to gather fruits.

And hope grapes fall into your wine glass?
Isn’t that how wine happens?

If I came to your house for dinner, what would you cook?
I would cook chorizo tumble, which is chorizo sliced into coins and fried, take the chorizo out then tumble in some par boiled potatoes cut into chunks, some button mushrooms and some mange tout, and cook all of those in the chorizo oil, then put the chorizo back in and devour.

If you were to be known for one thing and one thing only, for the rest of your life, what would you want it to be?
Making people laugh.

Who would play you in the movie of your life, and why?
Ruth Jones. I get a lot of people saying “oh ,you’re like Ruth Jones”, which I hope isn’t just because we’re both Rubenesque ladies, I hope it’s also because she’s funny, she’s clever. She’s got that face, she can do things with that face. I just think she’s an awesome lady and I aspire to be as funny as she is.

Pen or pencil?
Pen, specifically my Goldfish pen. Or, y’know, a computer.

Cream is the butter substitute!
No; you cant spread the jam over the amount of cream I want on a scone. The cream is a mountain, the jam is the foundation that goes underneath.

The cream is still a mountain, the jam just goes on top.
Thus spoke the Devon-er.

Exactly, we get the final say.

What question do you wish I had asked you? Answer it now.
Who is your favourite person that you’ve met through writing so far; it’s Livvy J Hooper!

I didn’t even have to ask you to say that! Perfect.