Long before the MCU. 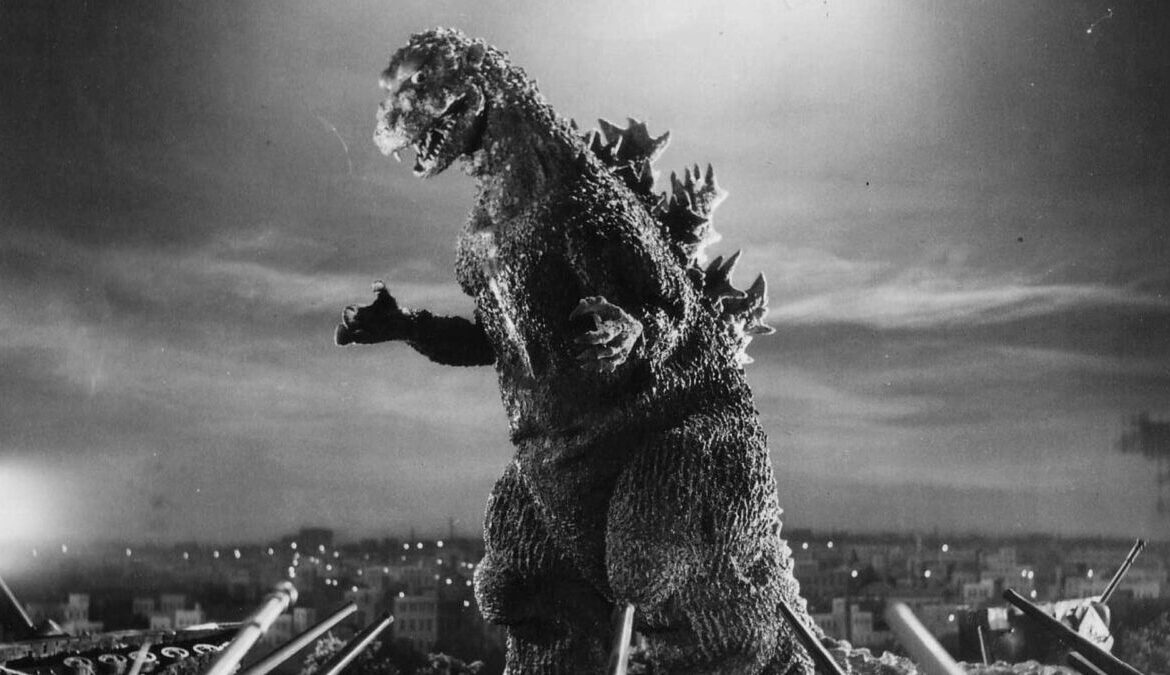 For better or worse, conversation regarding the last decade or so of film will likely be dominated by the word “Marvel” and the idea of the cinematic universe. Before 2008, you would’ve had trouble convincing me that the interconnected crossover-focused storytelling I’d grown accustomed to through years of reading comics would one day dominate the cinematic landscape, but here we are. And while it’s abundantly clear that the Disney powerhouse won’t be the last entity to attempt this in film, you may be surprised to hear that they also weren’t the first.

That title technically belongs to Universal’s monsters of the 30s and 40s, but the franchise that practically foreshadowed the MCU blueprint nearly four decades prior belonged to none other than the king of the monsters himself, Godzilla.

It all started in 1954 Japan with Ishiro Honda’s Gojira, a game-changing monster movie made in the aftermath of WWII by Japanese production company, Toho. The film broke box office records in Japan but had mixed responses from critics, given its direct approach in addressing the nuclear fallout of Hiroshima and Nagasaki. It’s now looked back on as a dark and meditative masterpiece that blended creative special effects and a poignant allegory seamlessly. What is more unbelievable than this film actually being pulled off is where Godzilla (the namesake of his eventual American rebranding in 1956) would go next. It’s hard to imagine a film this dark spawning a sequel, let alone an entire cinematic universe that would become known for its fun (and often cheesy) monster brawls, but things were just getting started.

After a rushed and critically disappointing sequel a mere year after Gojira’s release, Toho took some time to focus on creating other monsters to reasonable success with 1956’s Rodan and 1961’s Mothra. This began the popularization of the “tokusatsu” (special effects movies) and more specifically kaiju (monsters) genres in Japan. It wasn’t until after the first big monster crossover, 1962’s King Kong vs. Godzilla, that Toho would look to its own motley crew of monsters and began pairing them up, creating a cinematic world of their own. 1964’s Mothra vs. Godzilla kicked off a quasi-trilogy, followed shortly by Ghidorah, The Three-Headed Monster, and Invasion of the Astro-Monster, that is often considered a high point of the early Godzilla films, known as the Showa era.

It’s here that we can begin to see parallels between Godzilla and the modern MCU. For starters, both start off relatively small-scale, focusing on a single character. Godzilla acts as our Tony Stark/ Iron Man, a flawed character through whom we see the societal and cosmic threats that will eventually require them to team up with other powerful individuals to protect the world from said evils. One major difference, however, is that Godzilla is primarily a villainous presence until the fifth installment of the franchise, where Mothra has to essentially “mothsplain” to him and Rodan that they need to work together to stop a common enemy. Yes, this scene is exactly as entertaining as it sounds.

Upon closer inspection, though, it’s possible Tony and our lizard-faced pal aren’t actually all that different after all. Interestingly enough, both are somewhat self-serving and a bit of an agent of chaos when we first meet them, although Godzilla draws far more empathy in his anger toward human violence than Tony’s narcissism. But it’s actually in that human violence that we can find the most interesting thread between the two, which is to say that both are, in many respects, children of war. While Tony is born into his father’s mass weapon empire, Godzilla is created in the very wake of nuclear weapons. Starting these two stories with both feet planted firmly in the tangible embodiment of human violence, before anything supernatural comes into play, allows us to enter their respective worlds from a grounded and relatable perspective.

Just as Iron Man has Captain America, Godzilla also develops a love-hate relationship with a more idealistic counterpart, the aforementioned Mothra. And similar to that Marvel duo, much of the conflict arises from their different approaches towards their enemies, which on many occasions is the human race. As different sides of the same coin, Godzilla represents nature’s wrath and anger toward humanity for taking advantage of it, whereas Mothra encapsulates its mercy and inherent tendency toward goodness. Mothra is often seen only fighting to protect herself or others, often sacrificing herself throughout the series. Godzilla, on the other hand, is notorious for his blind rampages through cities, regardless of collateral damage. This intriguing dynamic often elevates the series from just being campy sci-fi horror and makes for genuine and often surprising drama.

As with any cinematic universe, the cast of unique characters, in this case monsters, proliferates with the progression of the franchise. There are more crossovers with Toho B-sides, Godzilla has a son, and the creators are eventually forced to rely on the formula of “giant (insert animal here)” when it comes to creature concepts. Toho burned through these movies in the 60s like it was going out of style, often to mixed results, and even to the point of burning out many of their frequent collaborators, including original director Ishiro Honda. Unlike the MCU, there was very little planning involved, and instead the studios were simply capitalizing off of a fad they had single-handedly created and trying desperately to hold onto that trademark to keep money in the company.

It all culminated with a hail Mary from Toho in 1968, with the release of Destroy All Monsters. Essentially, the Avengers: Endgame of the kaiju genre, Destroy All Monsters was a mash-up of every possible monster in their arsenal for a film that, by some accounts, was intended to be the last of the series. The end result was a bit of a mixed bag. While an interesting attempt at creating a grand finale, it lacked a solid thematic or narrative connection to the previous films, which we would later learn is the secret ingredient to any good cinematic universe. However, the spectacle-driven monster set pieces were enough to maintain fan interest and keep the franchise going well past the 60s.

Toho was able to muster a few more Godzilla films in its Showa era, and would later return in the Heisei era (the 80s and 90s) with a loose continuity of films and a separate, more kid-friendly Mothra trilogy. In fact, they continue to make Godzilla films today, even alongside the more high-profile American Monsterverse created by Legendary Pictures.

The series as a whole is a roller-coaster of tone, quality and continuity, but remains a fascinating specimen of experimental filmmaking. Instead of waiting for technology to catch up, Toho accumulated a team of hard-working craftsmen to give their devoted fan base the highest level of spectacle they could offer. While not all the films are perfect, many are still breath-taking accomplishments that make you forget you’re watching a person in a monster suit smacking around model trains.

While it didn’t make the international cultural waves that the MCU did with its own cinematic universe, next time you have that conversation with your friends about the new Avengers movie, you can say with confidence, “Godzilla did it first”.

READ NEXT: 10 Best Godzilla Games of All Time