Games of the Generation: Bloodborne 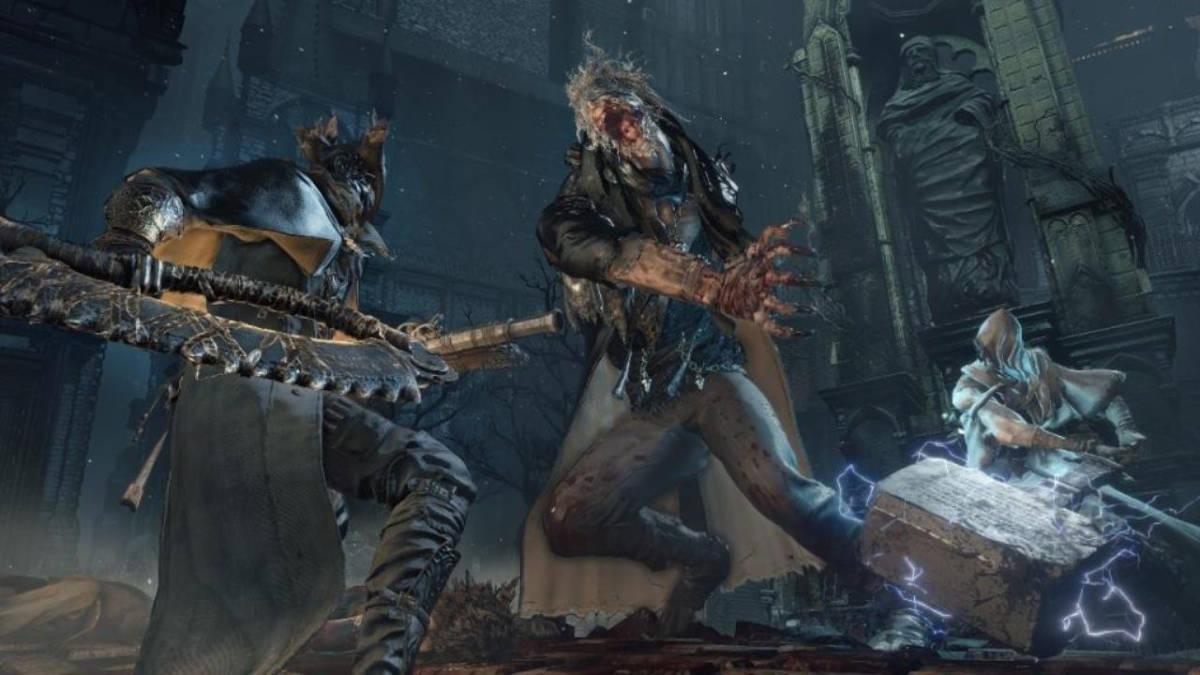 We’re looking back on the games over the last seven years to choose the game’s that have defined this generation the most. Next up: Aaaaaaaaaaaaaaargh: The Game.

I need to begin this article with a confession: I hadn’t played 2015’s Bloodborne until this year. Inexcusable? Possibly. I thought the game would be too hard for me to play, and I could get the same amount of fun from just watching other people play the game on the internet.

I was wrong. It is much better to play Bloodborne.

To Bloodborne’s credit (and in my defense), even before I played it, I felt like I had. Bloodborne casts a long shadow. Like all the other SoulsBorne games made by FromSoft, Bloodborne has a reputation of being extremely difficult, but never unfair. There are big werewolves and giant skeletons and bloated crows, and the enemies get scarier (and weirder) from there. To understand the story, you have to read item descriptions. It’s Victorian Dark Souls with shades of Lovecraft without the racism, what else is there to understand?

The answer is everything.

Playing Bloodborne is like glimpsing some of the maddening forbidden knowledge. Its foreboding but alluring architecture, laid out in impossible geometry, makes the cursed city of Yharnam terrible to behold, but impossible to reject. Around every corner is a fresh horror, and yet you stay. You have to. This is Bloodborne, and the only thing more dangerous than moving forward is standing still.

The game is grotesquely gorgeous. Every new enemy has menacing personality, instantly telegraphing their dangerous potential and showing, rather than telling, the worsening state of this mutated world. Boss enemies are each unforgettable in their horrible silhouettes, and the human bosses, like early chokepoint (and perhaps the final boss many players ever met) Father Gascoigne, are actually even scarier encounters, because each of them are using your own moves, only way, way, better.

Our Games of the Generation article on God of War describes how that game is a masterclass in empowering the player, making you feel as strong as Kratos is onscreen. Bloodborne is the opposite: it makes your nameless Hunter feel just as skittish, weak, and squishy as you are in real life.

The game’s entire combat engine is built on the primary response of fight-or-flight. Sprinting past enemies may feel cowardly, but it also feels like the only sensible response to waking up from a doctor’s visit to find the entire world infected with evil blood. Even after you’ve progressed in the game, upgraded your weapons, and figured out the flow of the combat, all it takes is one bad move to find yourself pummeled into the dirt again. Just like if you really had to fight a pack of zombie dogs, probably.

This sense of terrifying immersion is helped by Bloodborne’s tight controls. The parry system, dependent on you shooting your enemies in the face at the precisely right moment, is the perfect hit of serotonin when pulled off correctly. Every swing of your weapon that sends a splash of blood out of your opponent feels earned. Every time an enemy hits you, you understand the consequence of your mistakes and what you need to do to avoid getting hit next time.

The reason I finally played Bloodborne was to pass the time during the early days of the pandemic lockdown. And while this game about rampant disease and citizens abandoned by their leaders didn’t exactly assuage my anxieties or fears, it did give me a wonderfully nerve-jangling outlet to express them. In Bloodborne, no one is spouting anti-mask rhetoric, because they’ve already been turned into a weird bug creature. In Bloodborne, you are right to run and hide in fear. You are right to avoid any stranger you meet. The danger is real, and you don’t feel crazy for being scared — you feel vindicated.

I didn’t play Bloodborne until very recently, and I was missing out. If you’re missing out too, consider taking the deep dive. You’ll be terrified, stressed out of your mind, and oh so glad you did.