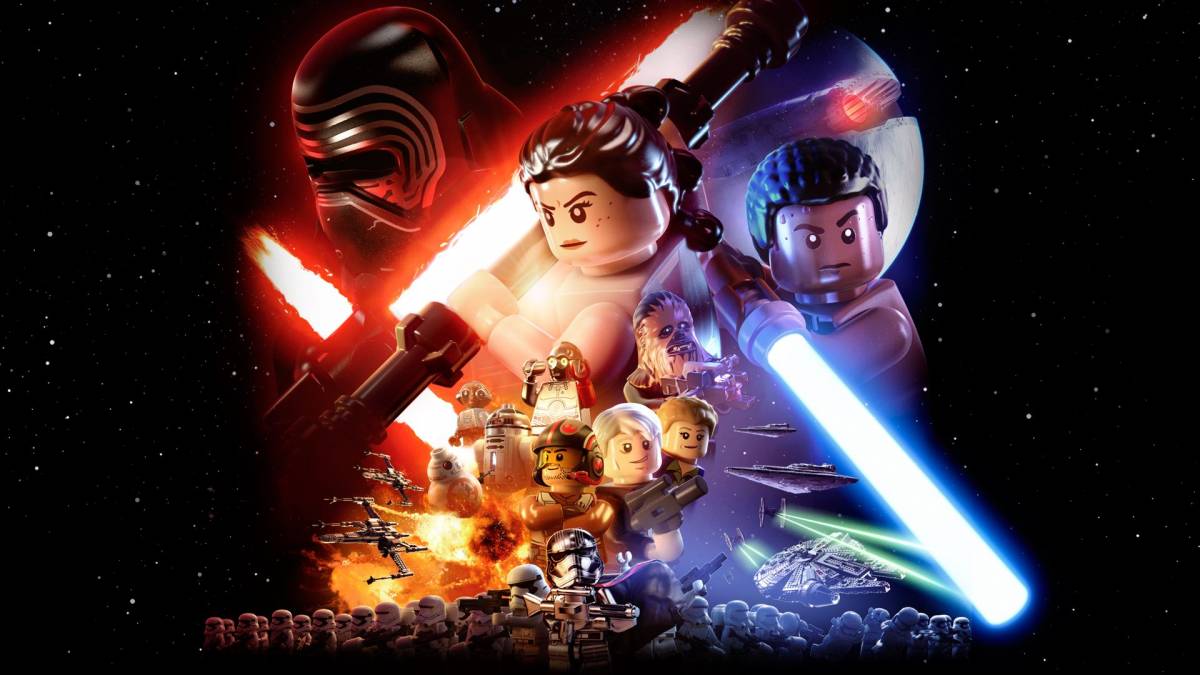 Marking another instalment in this now staple videogame franchise, LEGO Star Wars: The Force Awakens is an astonishingly fun and creative game. Not only does it manage to capture the magic of Disney’s latest episode in the iconic series, but it adds on to the narrative in a meaningful and effective way. It’s also a hell of a lot of fun to play.

Opening with a prologue which will no doubt be pleasantly surprising to avid Star Wars fans, the game then goes on to tell the story of The Force Awakens through 10 chapters – each packed with subtleties and nuances that can only be admired if you stop every now and then to take them in. We begin briefly before the actual opening of the film, with Poe Dameron being told to head to Jakku in order to retrieve the map to Luke Skywalker.

Having played the entire game in co-op, it was really enjoyable to revisit the opening of the film with one player taking over Poe, while the other was BB-8. Both roles depend on one another in order to progress throughout the mission, which made teamwork feel genuinely necessary in order to succeed. There was never really a time during these opening segments – or the entire game, for that matter – when one player idly sat by while the other did all of the legwork; it’s balanced in a way where everybody has something vital to contribute, whether it’s hacking panels as a droid, or hooking objects as one of the more hands-on characters.

Newly introduced to the LEGO games with The Force Awakens is the ability to re-build pieces into several objects, in order to access multiple parts of the expansive levels. It could be as simple as choosing whether to distract some Stormtroopers with popcorn or a mechanised crab, but it really adds to the depth of the gameplay system in a way the previous iterations lacked. Multi-builds are performed simply by holding the build button and pushing the stick in the direction you want to select, so it couldn’t be simpler – even my girlfriend, who isn’t somebody you might call a “gamer”, was able to quickly pick up the controller and play the game with ease. It’s relatively complex, but accessible.

Multi-builds aren’t the only new addition to the series, however. In practically every level, there’ll be moments when both characters retreat to cover, and the game becomes a third-person cover-shooter for a period of time. This might sound a little odd, and at first it does come across as out of place, but soon you’ll be looking forwards to these segments because of how they add yet another mechanic to mix up the gameplay. Couple this with flying sections that branch out to rival those found in Battlefront, and you’ve got enough variance to see you through the 8-10 hours it’ll take to play through the main missions.

I also enjoyed the hub areas between missions, and the ways in which they taught you to use certain mechanics you’d need in the future. The last LEGO game I tried out was Jurassic Park, and although it was okay at parts, the hub areas between missions for that game felt far too expansive for their own good. Thankfully, The Force Awakens’ areas manage to be just large enough to explore, but still provide you with a clear sense of direction, and where to head next. They’re also brimming with small gameplay elements which make them feel like a virtual toybox; whether it’s a small arcade game you can tinker with, or a number of ships that need rebuilding in order to earn one of the game’s many collectables. It might sound slightly childish, and for the most part it is, but for somebody whose last proper interaction with the LEGO games was the original Star Wars titles, I found myself having plenty of fun.

It might seem like I’ve used that word a lot throughout this: “fun”, but it’s because that’s honestly the highest praise I can give the game. It doesn’t try to be overly-complicated with its design or story, and the cut scenes can be a little too goofy at times, but it’s so easy to get lost in the colourful visuals and simplistic gameplay that you’ll forget about arguably more ‘mature’ titles like GTA or Fallout, and get wrapped-up in the whimsical nature of it all. There’s over 200 characters to collect, and a ridiculous number of other shiny things to pick up, so you’ll have more than enough content to sift through on your way to 100% completion.

And even once you’ve completed the main story, there’s additional bonus levels to complete which help contextualise the events of The Force Awakens, such as a mission which focuses on the hunting of Rathtars, and how they ended up on Han Solo’s ship. These can be completely ignored if you’re just in it for the main story, but they provide easily another 5-8 hours of game time if you’re willing to 100% every aspect available.

Some might say that LEGO Star Wars: The Force Awakens is just yet another game in a stale franchise, but I’d disagree. Sure, I haven’t purchased a LEGO game for many years, but I’ve played enough of them to know that this injects a new life into the series, and can stand alongside its film counterpart as a shining example of how to do things right.