Fortnite: When Do The Star Wars Skins Return? 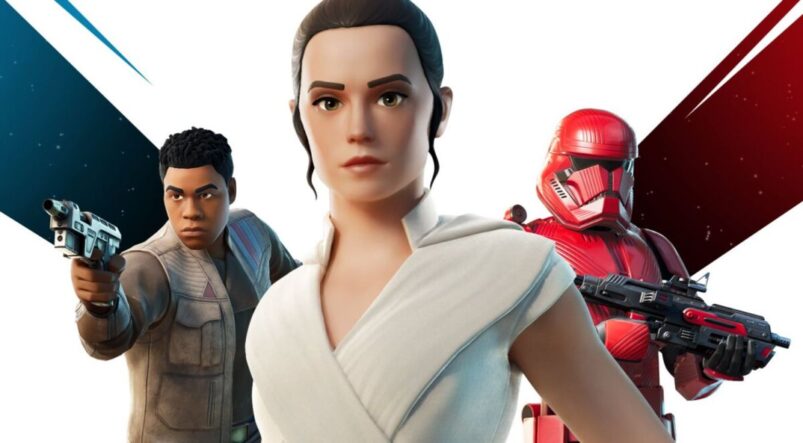 It’s been a long wait for the return of all things Star Wars in Fortnite, with the skins seldom seen in the Item Shop since the crossover event in the middle of Chapter 2 to celebrate the release of Rise of Skywalker.

It will soon mark two years since the likes of Kylo Ren, Rey, and Finn were last in the game, with Zorii Bliss only ever appearing once in the Item Shop back in December 2019. There have of course been other crossovers with the Book of Boba Fett since, but there’s been very little movement on the film side of things.

Luckily, Fortnite seems to be gearing up to celebrate Star Wars Day on May 4th, 2022 with the return of the Fortnite Star Wars skins to the Item Shop, with those skins being updated so that they can appear in the Chapter 3 shop.

The Star Wars skins will most likely return soon!

May the 4th is known as Star Wars Day due to how much it sounds like “May the force be with you,” an iconic quote from the movies. While there was no crossover celebration in Fortnite for 2021, there was in 2020, and the fact that the skins have been updated seems to suggest one thing: the Star Wars skins will return to Fortnite on May 4th, 2022.

Here’s every Star Wars skin that might return on May 4th; bold is a skin that’s not been seen in the game for over two years:

Bear in mind that Mandalorian (and Baby Yoda Back Bling) will not be sold in the Fortnite Item Shop, as they were only available through the Battle Pass in Chapter 2 – Season 5. Epic may release an updated and slightly different version of the skin down the line as a separate thing, however.

How Much Do The Star Wars Skins Cost?

Every Star Wars skin released to the Item Shop to date has cost 1500 V-Bucks and will cost that much when they return.

Bundles may also return to get multiple skins for slightly cheaper. The Rise of Skywalker Pack included Sith Trooper, Finn, and Rey and cost 3200 V-Bucks. The Bounty Hunter bundle included Fennec and Krrsantan and cost 2200 V-Bucks.