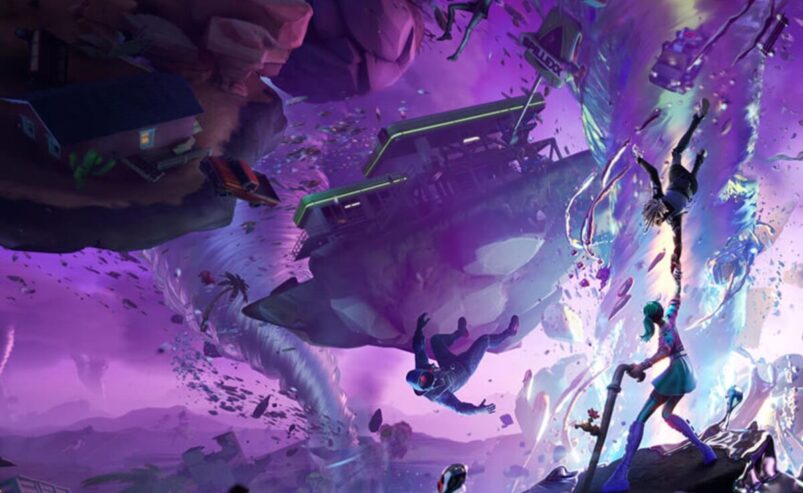 Fortnite: Chapter 3 is already coming to end following a year of mostly good content. We’ve seen plenty of collaborations and story revelations, but it’s fair to say that some of the seasons have sagged with very little to help them retain player interest. The Fracture event is going to switch things up.

A finale event for Chapter 3 – Season 4 and Chapter 3 as a whole, Fracture will see The Herald making a major move on the island, presumably at the behest of The Nothing. It’s set to be the longest Fortnite event yet, with possibly a new map to look forward to after it.

Here’s everything you need to know about the Fracture event in Fortnite.

Players can join the live event playlist half an hour before the start of the event with parties of up to four friends.

All you have to do is log in to Fortnite and claim it when it pops up.

Interestingly, players have until December 4th, 2022 at 2:45 AM ET to have a chance to claim the emote, suggesting that the game will still be playable after the even concludes.

On top of the emote, hints found in the files suggest we may also be getting a Back Bling for taking in the part in the event.

This Back Bling seems to be related to the event (Free cosmetic?) pic.twitter.com/XKDpUmSlcp

However, this is yet to be confirmed. If true, the Back Bling will probably come with the launch of Chapter 4 – Season 1.

We obviously don’t know everything that will go down at the Fracture live event, though there are a few leaks floating around on social media. Be careful if you’re leafing through Twitter from now until the event.

However, we can at least expect some kind of major advancement with the Chrome that’s been infesting the island. Will the Herald spread its influence to every inch of the island and pretty much leave it in ruins? Or will we able to escape to another Reality? The fact that Epic have been releasing a lot of very unsettling clips that show characters on the island turning around to some looming evil.

Nothing ever lasts forever.

Whatever the case, it’s set to be quite the long live event. The files suggest that the event will go on for a total of fourty minutes, though this isn’t likely to be all gameplay. There will also reportedly be stuff for players to do during downtime (which is packed up by , so watch this space.