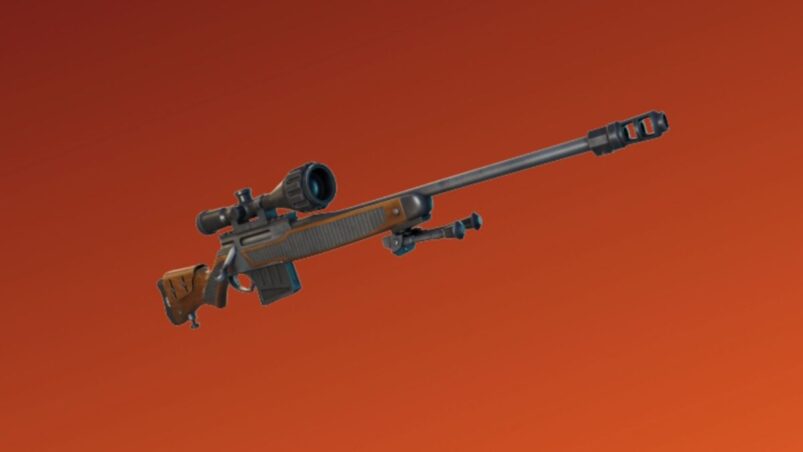 The Hunter Bolt-Action Sniper Rifle is available from Common to Legendary rarities.

Here’s everything you need to know about the Hunter Bolt-Action Sniper Rifle in Fortnite, including its stats, how to use it, and where it’s located.

“Powerful and accurate rifle with a bolt-action mechanism and magazine containing multiple bullets.”

The above tables include the Common and Legendary rarities of the Hunter Bolt-Action Rifle.

The Hunter Bolt-Action Sniper Riflee is a sniper rifle that can shoot three bullets per clip, dealing huge damage without you needing to reload. It’ll do huge damage just as a body shot, with headshots almost doing 200 damage on their own even in Common.

The Legendary version does 99 damage and half a second less reload time than its Common counterpart.

The Hunter Bolt-Action Sniper Rifle is available in almost all rarities, meaning that it should spawn wherever loot usually spawns.

Look for Hunter Bolt-Action Rifles in chests, floor loot, air drops, and anywhere that you typically scavenge for weapons.