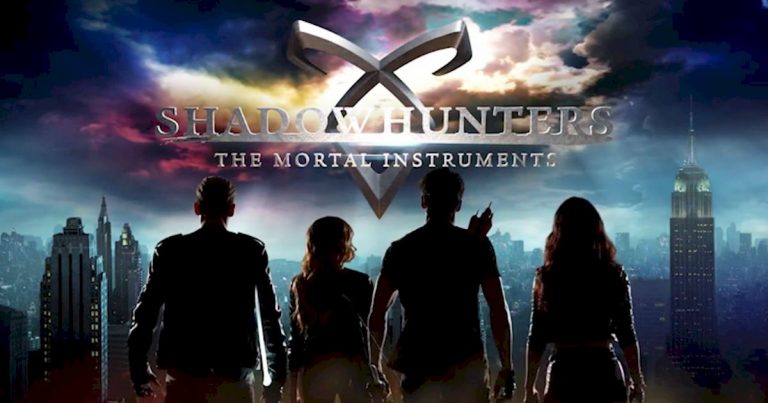 Man, wasn’t the Hunger Games great? The story of Katniss Everdeen and her rebellion never quite hit the storytelling heights of a Harry Potter or a His Dark Materials, but its importance to the young adult genre cannot be denied. Katniss was relatable, she had motivations, and she was surrounded by an interesting world filled with three dimensional characters.

Shadowhunters, on the other hand, doesn’t have characters. There are attractive people who try their best to look like characters instead of glossy mannequins, but they’re so onenote you could play them on a triangle.

Anyway, let’s talk story. Clary Fray is a typical teenage girl about to turn 18. She likes art and is good at art. Hold on to this fact and cherish it, because as far as the first episode goes it’s all there is to her character. Clary has a ‘platonic’ male best friend called Simon who’s probably secretly in love with her.

Something’s up with Clary’s mom, but Shadowhunters isn’t interested in telling us this with any degree of subtlety. First she hands Clary a mysterious ancient heirloom with runes on it, and tells her melodramatically that they need to have a special talk now she’s turned 18. What’s that though? ‘Platonic’ best friend Simon has a gig (because he’s in a quirky band, obviously) and Clary is going to that instead? No time for that special talk.

There is time for Clary and her friends to talk about how mysterious her mother is. She’s got no relatives and never talks about her past, and isn’t that a bit weird? The script lays this on so thick it might as well have text appear on the screen saying “Clary’s mom has magical powers and this will be important in about ten minutes.”

Oh crap though, because here come the Shadowhunters. They have magical powers and they hunt demons and stuff. They’re all improbably good looking, but only Clary can see them. Wow, she must have magical powers too! No one saw that coming. There’s a vaguely stylish scene in a nightclub where Clary sees the Shadowhunters fight demons. It’s sluggish but colourful and probably the most interesting couple of minutes in the episode.

You can probably see where this is going by now, yes? Clary’s mom gets in trouble, Clary finds out she has magical powers, Clary winds up in half assed love triangle thing with hunky Shadowhunter guy and ‘platonic’ Simon. It’s 41 minutes later and we still don’t care about these people or their struggles.

Here’s the problem with Shadowhunters: every character, every story beat, every part of the world it takes place in is in 2016 a recycled young adult fantasy trope. If you’ve seen three or four young adult flicks you’ll be able to telegraph every scene, often before it’s even started. Clary’s secret powers, the Shadowhunters, the mysterious demon world that secretly coexists with our own? In 2016 it’s been done to death.

All of this can be forgiven of course. Star Wars had one of the most straightforward plots – the hero’s journey – in movie history and that turned out pretty well. Attractive people following cookie cutter plots can work as long as we care about them enough to keep watching. Early episodes of Arrow and The 100 basically prove this very point. Give us characters to care about or we won’t bother to tune in next week to see if it gets better.

“If you’ve seen three or four young adult flicks you’ll be able to telegraph every scene, often before it’s even started.”

This is Shadowhunters‘ second big mistake. Every moment we’re supposed to care, or worry about a character’s fate, we’re left cold because the characters are hollow. Once or twice ‘platonic’ Simon or hunky Shadowhunter guy will make an amusing quip, but it’s spread  far too thin and the show isn’t nearly as charming as it thinks it is.

The acting is mostly okay, though not exceptional, with the most interesting performance coming from Dominic Sherwood as hunky Shadowhunter guy (or Jace, as he’s apparently called – I only just bothered to check). Elsewhere, Katherine McNamara (Clary) does a decent job of being a likeable lead, but is given so little to work with it’s a miracle she manages to convey what little personality she does.

Shadowhunters does have an aesthetic that could translate well to screen, but the first episode’s directing lacks the kinetic energy needed to pull it off. It’s a shame, because the magic white swords everyone seems to be waving about could be cool in a tacky kind of way. Here’s hoping it’s better in future episodes, because tacky might be the only thing that can make this series work.

Ultimately this feels like a young adult show designed by committee. If there’s a trope Shadowhunters does not borrow from the Twilight era of young adult movies it just hasn’t got round to it yet. Female protagonist with no character or agency? Check. Platonic best friend? Check. Shoehorned love triangle? Check. Our heroin’s mysterious powers hidden from her until the start of the story? Check.

Despite everything, there’s no doubt that Shadowhunters has the pieces there to make a good TV show. The cast have the potential to step up if given the right material. All the Shadowhunters and demon stuff could be interesting if the writers treat it with the kind of self referential campiness of Xena: Warrior Princess or Buffy the Vampire Slayer. Right now though, none of that is happening, and there’s no guarantee it ever will.

Shadowhunters reminds us what Hunger Games saved us from. For every lesser copycat Katniss spawned (Divergent, The Maze Runner) it saved us from another Twilight (Beautiful Creatures, I am Number Four). Somehow it’s taken Shadowhunters to remind us of this legacy. It’s a show that’s already outstayed its welcome before it’s even got here.

If you’re still interested after all that, Shadowhunters is available on Netflix in the UK and on ABC’s new Freeform in the United States. We’d recommend you steer clear though, at least for the time being.